6 Cool Tech Internships You Wish You Had - InformationWeek

28 comments
Comment Now
Interns at top tech companies such as Facebook and Google enjoy many of the same perks available to full-time employees. 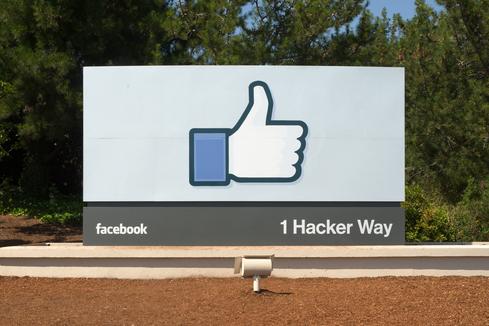 "I was given a project and told to run with it," said one Facebook intern to Glassdoor, reports Business Insider. "This is both terrifying and awesome, as I got to control an entire new feature. Architecture and design decisions of the feature were made primarily by me, something that I was not really allowed to do in previous internships."

The ability to work on real-world projects is just one of many perks available to interns at Facebook, which hosts programs across the country but mostly at its Menlo Park, Calif., headquarters and major hubs such as New York, Seattle, and London. Interns undergo a week-long training program at the start of their internships, are provided housing, and have access to free bike rentals, shuttle buses, on-campus gyms, sweet shops, and trips to locales such as Yosemite National Park.

While interns leave Facebook well-positioned to take on any number of entry-level roles, they might just find themselves back at One Hacker Way or any of Facebook's offices around the globe. According to intern program manager Hyla Wallis, internships are only offered if there is an opportunity for full-time employment upon completion.

How long are these internships for ? Thinking to apply for one of them after reading the perks. Haha
Reply  |  Post Message  |  Messages List  |  Start a Board

Internships are really helpful before you actually step in your practical career. Practical experience is way different than what has been taught at schools. One should always look forward for internships at these exciting places.
Reply  |  Post Message  |  Messages List  |  Start a Board

I am with you there! I think if I were a regular employee, NOT geeting the same perks as the interns I'd be more than just a little peaved. In lieu of flying my family in, I would be happy with a paid flight to Hawaii during that time! ;)
Reply  |  Post Message  |  Messages List  |  Start a Board

@David: I don't have the age for applying as a technical intern for these companies though, maybe a business intern, and I would love to get to know the working of Google and Qualcomm. Qualcomm's business management is deeper and wider spread than any of the companies mentioned.
Reply  |  Post Message  |  Messages List  |  Start a Board

@Pedro: Having a Google internship or an Apple internship is better than a Dropbox internship because of the things you are going to have after you interview for a job in the same company.
Reply  |  Post Message  |  Messages List  |  Start a Board

If I would have know about these perks. I would have been more motivated and have applied for an internship at these companies.  I have heard from many recent graduates that in today's job market having an internship is a must.  I agree, I'm amazed that they offer free housing for their interns.
Reply  |  Post Message  |  Messages List  |  Start a Board

Geeze, Dropbox treats its interns so well one wonders if the regular employees don't get annoyed at how well the interns have it. I'd like InformationWeek to fly my parents out and explain what I do for a living. Actually scratch that. I don't want to see my parents. but if they want to pay my rent and phone bill, I'd be all for it. :)
Reply  |  Post Message  |  Messages List  |  Start a Board
<<   <   Page 3 / 3
Editors' Choice
Hot Topics