Glassdoor's list of the Top 50 most popular CEOs includes 15 tech leaders. See how your boss of bosses stacks up. 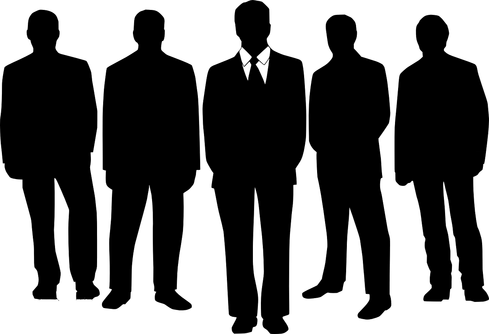 Tech CEOs accounted for 15 of the Top 50 most popular CEOs in the latest Glassdoor ranking. In fact, tech bosses claimed three of the top five spots. Among the 15 tech CEOs in the Glassdoor Top 50 were some names you'd expect (Larry Page, Tim Cook), though there were some surprising absences as well.

To compile the list, Glassdoor invites its members to take a survey that explores multiple aspects of their jobs. As part of the survey, respondents are asked a yes/no question about whether they approve of the job being done by their CEO. Glassdoor likens this to the way the President's job approval ratings are tallied. For a CEO to qualify for inclusion on the list, his or her company needs to employ at least 1,000 people in the US, and at least 100 US workers from the company have to respond to that survey question.

There are 400,000 CEOs in Glassdoor's database, tens of thousands of whom can qualify for the list. In fact, the average approval rating of a qualified CEO in the Glassdoor database is 69%. Scott Dobroski, career trends analyst with Glassdoor, said in an interview with InformationWeek that an approval rating much lower than that usually signals a CEO won't be in the job much longer.

Considering that a group of people can easily be split on the color of a dress on the Internet, how is it that these CEOs can be so popular? Dobroski said that most successful CEOs have one important trait in common: Communication. "What is unique about Apple or Google, and I'd throw in Facebook and Expedia, is a common experience for all employees," he said. "Successful CEOs have a few common traits -- they are successful, they are personable, but most importantly, they are really great communicators. They are great at explaining their goals and where the company is headed. Mark Zuckerberg, for instance, has regular Q&As and blasts these out via social media."

This matches what so many of our experts have recently said about communicating a shared vision for the company. Employees feel more engaged when they feel like they are working for a common goal. It shows in approval ratings. One only needs to look at the CEOs with high approval ratings to see that it shows up in performance as well.

Dobroski also noted that 70% of respondents to its larger survey say their job is "OK" or they are merely "satisfied." So the CEO approval ranking also includes the opinions of relatively dispassionate employees. Check out which 15 tech CEOs made the list, how they ranked against the overall top 50, and what kind of approval rating they earned from their employees. Check out the list and let us know if your company's CEO made the final cut. Which tech CEOs do you think should have made the final ranking? Tell us in the comments section below.