Programming languages come and go. Here are 11 that have given up the spotlight to more modern options. 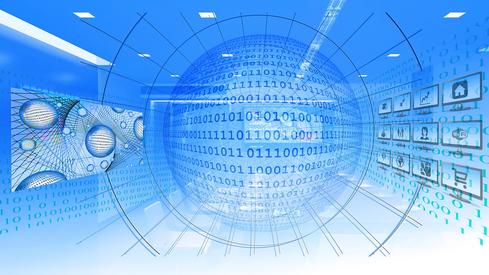 If you've been in the IT world for more than about five years, then you've had a chance to see programming languages come and go. New languages leap into the market (Hello, Swift) and others slowly fade into the distance (MUMPS, we knew ye well.)

While most of the world is programming in one of a handful of languages -- such as C++, Java, and C# -- many of us have experience in other languages, as well. In order to fully understand the benefits and drawbacks of today's development tools, it can be useful to look back at the languages that have come before.

Let me begin by saying that the 11 languages listed here are a fairly arbitrary selection of the possibilities. There are more than 100 contenders, but I was looking for languages that had seen at least a level of popular acceptance and wide use for one purpose or another. I'm also not saying that there's anything inherently wrong with any of these languages, or the people who loved and used them. (In fairness, I'll heavily imply that there's something wrong with the people who loved one of these languages, but we'll deal with that when we get there.)

Try/Catch came to C++ from CLU, a language invented by Barbara Liskov at MIT in 1974 (see https://en.wikipedia.org/wiki/CLU_(programming_language) ).  The language directly and indirectly influenced many other languages, even though it never became well known itself.
Reply  |  Post Message  |  Messages List  |  Start a Board

With fpc and Lazarus the Pascal / Delphi/ Kylix programming option is now cross platform and MUCH more efficient to code and run than more 'modern' languages, and certianly NOT dead.

It is interesting to see how such languages started and tried to meet a need in the IT world at that time.  I did notice that because many of the languages we developed to focus a niche industry they were unable to change when the world change.  As technology changes, I'm sure there will be new programming languages in the future.  As professionals we always have to be on the lookout for the next major trend otherwise we will end up like these languages.
Reply  |  Post Message  |  Messages List  |  Start a Board

You've been lost in space for 15 years, while RPGLE passed you by, along with too many IBM-i programmers that haven't caught up with the times.

Behind all those tablets that doctors are JUST STARTING TO USE (I know because I work in healthcare), all those tablets everywhere access the real action that is happening on the back end servers whether they are Microsoft SQL Servers or IBM i or Linux or BSD-Unix. Or even Solaris.

There are 70-plus Microsoft servers in my shop, and one IBM i doing the meat-and-potatoes revenue and billing functions.

Oh yeah, in my shop they have to run updates on all the PCs every week. Our IBM i, just keeps chugging along, a real workhorse.

IBM is working on the stuff that will deploy out ten years in the future.

Half the work load on the MS servers is balancing, cross-referencing, distributing the work, maintaining the disparate data loads, blah blah. But too often in industry the top dogs see it different. Brilliant CIO's abound, good in almost everything, but all many of them remember is an ancient version of the AS/400 he worked on once upon a time.

Today, right now, you can do ANYTHING on the IBM i you can do on a MS platform, with half the hassle. No breaking your program when the OS upgrades. Anything except C-sharp and FOR NOW, dot-net. (That may yet happen now that dot-net and the CLR is open-sourced). C and C++ (load up a binary created on a Unix box, most of the time it works). Java, PHP, Python, Ruby, and these are languages freely available for use on the box, along with all the libraries you care to use. There are a LOT of IBM i boxes out there, and IBM is working on the stuff that will deploy out ten years in the future.
Reply  |  Post Message  |  Messages List  |  Start a Board

Amen @jonboy49, thanks for the support. It just amazes me sometimes how little people know about the platform anymore, especially the younger generation. I've seen posts from @ddurbin before, he is not a stupid guy. But this is one discussion he probably should have avoided commenting on. Those of us that use this server know what we are talking about.

BTW, I'm a CNX Valence customer, saw you mention that in your list of vendors. Could not be happier with that approach. Been to their HQ for some training classes when I first got into this to learn best practices. What a talented set of guys they have, led by Richard Milone. They definitely have some mojo working. Take care and long live the i5!

There are still commercial products being developed using SmallTalk as their programming languages. LabWare LIMS is a good example.
Reply  |  Post Message  |  Messages List  |  Start a Board

I have been using Basic since my Apple // days.

If I need to create a quick utility to automate some task, it takes not time at all.

I can't use MS Quick basic any longer with the newer versions of Windows, but with the Freebasic compiler,

it lets me create a compiled exe program that will run in Windows and Linux.

Want to guess what is running behind those FedEx and UPS tablets?  It isn't a giant iPad I can assure you!

I suspect that like many others you are busy replacing IBM i servers that would have done a far better job than what they are being replaced with. As others have noted there has to be a database and server functionality behind all these mobile devices and IBM i is still the most reliable server out there bar none. I have customers that run millions of transactions an hour through thier systems. The failures in their systems are the Unix, Linux and Windows boxes in the chain - the massive IBM i that runs the operation has not had unscheduled downtime in more than 18 months. _That_ is what is needed behond relaible mobile apps.
Reply  |  Post Message  |  Messages List  |  Start a Board

There are plenty of banking apps in those stores. And many of of those banks are using i5 when it posts your transaction. Whether they are using COBOL, Java, EGL or RPG, who knows because all communication is done thru either a HTTP or Application server. All you are ever going to know is whether you are using CGI(HTTP) or Websphere/Application server by looking at the HTTP headers, won't tell you the underlying language. All programs on a i5 or mainframe are compiled, so the URL will like programname.pgm?parm=data. You'll never have any idea what language is handling your request.