The South by Southwest conference rolls serious ideas and innovations into a party package. Take a peek at the flavor of this eclectic Austin confab. 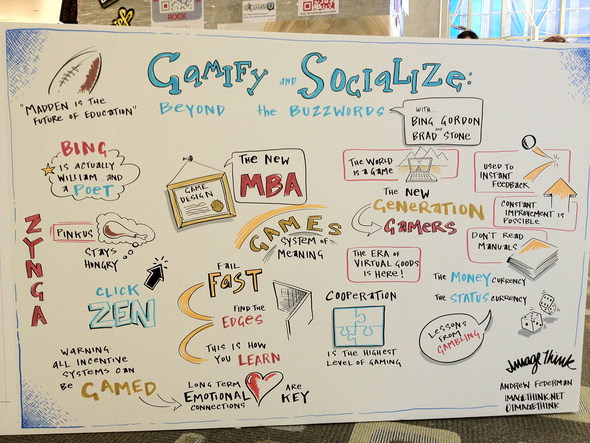 I didn't really know what to think when I arrived at SXSW. As one speaker told me, "you seem like a serious guy, I'm not sure how productive you'll find this show to be." But, SXSW does continue to be the show that everybody wants to attend--several of my fellow editors have expressed their envy, and a hotel is extraordinarily hard to come by. And I think that the reason is that SXSW comes away from the industrial revolution model of hyperspecialization and corporation-as-factory, and starts to blend an incredibly good time with serious ideas.

That idea isn't foreign to startups--in fact, it's one of the reasons behind startup success. A startup that feels like a prison soon has nobody working there. When I have conversations with high growth startups, and I say things like, "high performing teams NEVER feel like prisoners of the company; they have to feel like they're having fun at work every day," I get "of course" types of reactions. In that same conversation with a large enterprise, I get mixed results--sometimes I get the same reaction, but often I get some sort of pushback that work's not always fun, blah, blah blah.

Welcome to the 21st century, where serious science meets business innovation experiments, where Lean Startup author Eric Ries gets mashed up with Starcraft 2 tournaments and discussions about the gamification of work.

At SXSW, I listened to Steve Case make his, well, case, for why the Jobs Act--up for consideration in the next few days, will dramatically help startup companies find needed capital, with the result that we'll have more startups, and a stronger economy. Lessons about growth were also available from Tim O'Shaughnessy, CEO of Living Social, who took the company thus far to 23 countries, 60 million members, and 25,000 employees worldwide.

But I also attended a keynote by Amber Case, a "cyborg anthropologist." I was skeptical that she would be able to tell me anything new about "ambient location and the future of the interface," but, actually got a lot out of it, because I've started to think about "calm technology," that is, technology that doesn't need a whole lot of support, muss, and fuss, and therefore isn't the time suck that a lot of consumer electronics are.

Yes, I also went to parties, and they're a lot of fun. I even got followed on Twitter by the famed Roxy Theater in Los Angeles, with almost 75,000 followers, as I live tweeted SXSW events from twitter.com/_jfeldman. I still haven't been able to figure that one out, but, uh, thanks Roxy? Love you too.

But, it's not as if I'm just partying with random people in Austin. The folks who are here are all about interactive tech, whether they're in a jacket and collared shirt, or in a t-shirt, wearing a nose ring. Regardless of what folks look like or how restrained they are, I've been able to network with folks who are extraordinarily plugged into where the future of interactive technology is going. One of the things that I know from years of project management and leadership is that breaking bread together is never a bad thing if you want to work together.

And there is a lot to do and see and listen to, sometimes too much. Even the speakers sometimes wish they were listening to another speaker. Danah Boyd addressed a sold-out crowd about "The Power Of Fear In Networked Politics." She asked the crowd, why are you here instead of listening to Joss Whedon? (Creator of TV series Firefly and other popular shows.)

So, yes, SXSW is a party. But in the same way that we do fun things that are good for our bodies, like hike, run, swim, and play basketball, SXSW is a harbinger of how business will be done in the 21st century--serious fun, serious business, and serious good times.

Seeking a Competitive Edge vs. Chasing Savings in the Cloud Joao-Pierre S. Ruth, Senior Writer,  7/19/2021
White Papers
4 Steps to Achieving Comprehensive Kubernetes Security
Are Your Managed Services Right for Your Business?
Integration Platform as a Service for Order Management Systems: Why Should You Care?
Ransomware, the Exploding Cyber Threat
How Secure Are Your Endpoints?