Microsoft Needs Apps To Win In The Cloud - InformationWeek 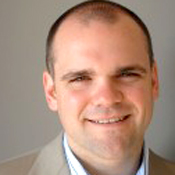 The past week Microsoft announced that Satya Nadella, SVP of R&D for the Online Services Division, would replace Bob Muglia as the President of the Server & Tools Division. Nadella is a respected technical leader and has done good work in getting Microsoft back in the search game. It is worth noting that prior to his stint as Bing product head he ran Microsoft Business Solutions, which includes its enterprise software.

In addition, the company announced the departure of another executive in the Server and Tools division, Amitabh Srivastavam, who co-led the build out of Windows Azure. Srivastavam was the technical lead for Azure and is credited with putting together its very solid PAAS offering.

The media has speculated that Muglia's departure was tied to the lack of revenue traction in the server virtualization market and the transition to cloud computing via the PaaS (platform as a service) market with Azure. We think the server virtualization criticism is fair, but the shots at Azure are a little off base, since the PaaS market is still in its infancy. While transitioning to the cloud is a big issue, we believe there is a larger and more pressing strategic question that needs to be addressed concerning the overall business application and infrastructure product strategy.

Despite the leadership changes, we see the need for overall strategy adjustments in Microsoft’s Server & Tools Division. We contend the issue is not just about repositioning for private and public cloud computing. The applications and infrastructure market is increasingly meshing together into integrated solution sets, and Microsoft needs to position for that reality. As on-premises software transitions to the cloud, we think this is going to become even more prevalent.

We think there is a very simple truth in software that says applications drive infrastructure. It is very hard to be a winning platform vendor if there aren’t apps standing on top of the infrastructure. It doesn’t matter if this is a consumer, a small business, government, or the Fortune 500 market. One of the key reasons we believe Microsoft has minted billions of dollars for Windows is due to the best-selling Office productivity suite.

A great deal of Apple’s mobile success in our view has to do with the simple fact that it has a killer app in music, and every developer now writes to iOS. Oracle has skyrocketed to a dominant position in the enterprise software industry, in our view, because it's a legitimate enterprise class business applications vendor that can leverage the R&D and scale of its application server and database teams.

Even Salesforce.com couldn’t roll out its platform strategy until it had built critical mass with its popular sales force automation application. SAP seems to have also found this religion as it bought Sybase and launched its own internally developed data warehousing appliance called Hana.

Finally, IBM is the only major vendor that isn’t directly in the applications market, although we would argue that is largely semantics. IBM’s doesn’t compete in the traditional enterprise applications market with ERP and CRM applications. It partners extensively with those vendors and leverages the global services implementation capabilities. It is worth noting how IBM’s product portfolio has morphed through the acquisition of products that walk, talk, and look like applications. IBM bought FileNet for document management, Cognos for BI, SPSS for predictive analytics, and a number of smaller nice plays for online marketing and customer analytics. In other words, we believe IBM is adding application-like capabilities in order to deliver a whole product solution that is augmented by its vertical industry services expertise.

We find Microsoft’s business applications strategy fragmented and incoherent. First off, it's a mish-mash of small- and midsized-business focused products from the Great Plains, Navision, Axapta, and Solomon acquisitions, that together they call Microsoft Dynamics. While Microsoft Dynamics has over 300,000 customers, we believe it will lose share in the long run to other vendors with more comprehensive SaaS solutions, such as NetSuite.

One of NetSuite’s key differentiators is that it offers a seamless, holistic, cloud-based solution, whereas even within the Microsoft Dynamics product line, it is still difficult to integrate the multiple pieces like financials, CRM and e-commerce. Microsoft gave up on

Next up on the business intelligence front, the company has nice products with SQL Server and SharePoint, but in our view, could better leverage its vast resources. We think BI ought to be a bigger part of the overall story rather than an add-on to the server products. Gartner recently placed Microsoft in the leader quadrant for BI, validating its offering as a functional and affordable solution. We believe that Microsoft should take a more expansive and visionary approach around a broader information management story.