50%
Tweet
Just as the Internet isn't hierarchical but a peer-to-peer network, so are its "inventors," a gaggle of visionary nerds.

From left: Paul Baran, Tim Berners-Lee, Vint Cerf, Bob Kahn, Len Kleinrock, Larry Roberts
My father wasn't much for gardening. Our house had a lawn of about 12 feet by 10 feet. He didn't like to mow it and neither did I, so every year he cemented over a little more of it, saying: "A fool and his lawnmower are soon united." But he was voted Man of The Year by the American Concrete Institute.

I bring up this tangential point only because if you asked me what the Most Outstanding Development in Technology has been over the past 200 years, I would have to say the Internet and the World Wide Web.

President Obama has the original patent application and telegraph key from Samuel Morse in the Oval Office, and he tells visitors that "the Internet started here," and of course he's right. But the Internet really was a cumulative and collaborative effort.

Claude Shannon, the Father of Information Theory, did the fundamental theoretical work in data transmission as far back as 1960. J.C.L. Licklider wrote about a future network of computers connected to one another by wideband communications and information retrieval and storage. And let's not forget our friends at the U.S. government who bankrolled the ARPANET and were smart enough to find the best young brains to build it, smarter still to know that they weren't smart enough to build it themselves. In the end, the Department of War/Defense bankrolled both the computer industry and the Internet … and developed Tang! 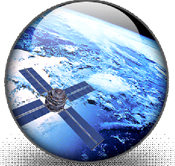 Just as the Internet isn't hierarchical but a peer-to-peer network, so are the "inventors," a gaggle of wonderful nerds, with no one head and shoulders above the others. They were young: Bob Kahn was 31. Vint Cerf was 26. Len Kleinrock was 34. Larry Roberts was 32. Paul Baran was the senior citizen at 43. Tim Berners-Lee wasn't even born yet ... well, yes he was -- he was 14. Baran's work early on was the foundation that all of the others built on, and Berners-Lee's contribution came after the Internet was up and running.

I knew/know these guys. Their egos were/are under control, and they sometimes seemed surprised at just how important their work was. Let's face it: They were as clueless as we were. The oft-stated "a camel is a horse built by a committee" gets no traction here. The Internet was built by multiple committees. But it worked.

Tim Berners-Lee came later, and he may be the exception. The early Internet/ARPANET was a terrific science experiment. Berners-Lee's WWW, the Internet application upon which most everything was built, came later. No ARPANET, no Internet. No Internet, no WWW.

Yes, Sir Tim did come after the Starting Five, but by then the world knew how important his work was. We will get to that shortly. 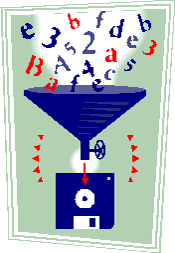 It starts with Paul Baran, a very sweet man asked to think the unthinkable: What would happen to the nation's ability to communicate in the event of nuclear attack? Baran's solution: Tear down the hierarchy and let chaos reign! What he really said was that instead of building the usual hierarchical network, build one based on packet switching, where messages could be broken into pieces and then reassembled. Good start.

Baran was the link between the old and the new. His first job was with the Eckert-Mauchly Computer Co., which became UNIVAC. Then Len Kleinrock built an unconventional mathematical theory based on Baran's packet switching. Instead of assuming that a circuit switch would always be better, faster and more reliable, he made and proved the assumption that the real key is using repeatability to enhance survivability. The effect was to utilize bandwidth more effectively.

If bandwidth is "free," then you can send and resend parts of a message until they can be accurately reassembled. It's like sending five different messengers to a general in the field. One is bound to get through. Packet switches are kind of like time-sharing -- they take a packet, then another, then another -- while circuit switches are bandwidth hogs. If I'm transmitting and you're receiving, we're underutilizing our resource. Why not load the sucker up and use what is really a time-share kind of solution? Divide the signal, reassemble the signal … and conquer the world.

Baran was a technology revolutionary. His idea was to use cheap and unreliable nodes at the center of the node and push intelligence to edges. Most of the real money made in communications technology during the past 20 years has been by companies that put technology at the edge.

Think of a million ants bringing a piece of bread back to their hill. They take many paths, but they wind up at the same place. That, in a simplistic nutshell, is how packet switching works. The AT&T guys just couldn't believe that using non-dedicated links would ever work, so they pooh–poohed the idea. They didn't really ask the Bell Labs guys, who would have jumped on this idea.

Baran pushed this idea as a solution to nuclear attack and then formed a number of companies to commercialize his ideas. Those companies included StrataCom, which sold to Cisco for $4 billion early in its development and was instrumental in Cisco's dominance. Baran didn't think he should get all the credit for building packet switching; he always swore it was a team effort.

Comment  |
Email This  |
Print  |
RSS
More Insights
Webcasts
5 Steps to Integrate SAST into the DevSecOps Pipeline
12 Ways to Defeat Multi-Factor Authentication and How To Stop the Bad Guys
More Webcasts
White Papers
[Exclusive InformationWeek IT Trend Report] The Cloud Gets Ready for the 20's
Definitive Guide to Securing DevOps
More White Papers
Reports
Can You Spare 10-12 Mins to Help Us Out with a Survey on Tech Trends?
Got 7 Minutes? Dark Reading Needs Your Help With Our Survey on Incident Response
More Reports

Great story, and an under-reported part of U.S. history. The peer-to-peer, collaborative nature of the journey resonates. It would be a great movie, if done right.
Reply  |  Post Message  |  Messages List  |  Start a Board

Excellent hsitory and personal commentary on the figures at the roots of the Internet. It seems so long ago, but wasn't. Charlie Babcock, senior writer, IW
Reply  |  Post Message  |  Messages List  |  Start a Board

Telenet was sold to GTE. GTE Telenet was combined with GTE Sprint and assets of United Telecom to become US Sprint. When GTE sold their share of US Sprint to United Telecom, United Telecom renamed the entire company Sprint. Verizon has never owned any part of Telenet.
Reply  |  Post Message  |  Messages List  |  Start a Board
Editors' Choice
Hot Topics