50%
Tweet
In this third installment in our series, Howard Anderson profiles a world-class artist turned inventor of a building block for today's computers. 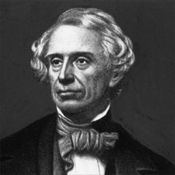 Samuel Morse
Can you read the following? …---… It's SOS -- "Save Our Ship," you landlubbers. But more importantly, it's Morse code.

This was one of the first things I was taught as a seaman apprentice in the U.S. Coast Guard (motto: "Semper Paratus," which means "Why does the U.S. Navy get all that money and we get bupkis?")

Amazingly, Morse code was still being taught to everyone 125 years after its invention. Will we still be using C++ in the year 2125? I don't think so.

Not only that -- it's digital! We can make the case that it was the first universally used computer language. And it was developed by an artist -- not just a hack, but a world-class artist: Samuel Morse.

Morse code was used way into the 1890s and beyond for radio communications. David Sarnoff, later CEO of the Radio Corporation of America, was a young telegraph operator who received the first SOS from the Titanic in 1912. Thomas Edison was a crackerjack telegraph operator before he invented the light bulb and everything else.

Morse spent the first 20 years of his life painting. He hung with James Fennimore Cooper and other literati in Paris and painted some very important pictures, one of which hung in the Hall of Congress. Back in those days, educated men dabbled in science and did experiments, truly Amateur Night. But Morse was different.

He built an entire industry, solved some of the world's most technical problems, built the language ... and eventually quit painting. Some say the impetus was when a message that his wife was deathly ill was delivered too late for him to be at her bedside when she passed away. From that episode came an inkling that there needed to be a method of rapid long-distance communication.

In the early days of telegraphy, it was possible to send a message, but only if you used 26 wires -- one for each letter. And then the message could go only about 40 feet. Morse figured out how to send a message on one wire by basically turning the electricity on and off, which is kind of how computers work.

His first idea was just to transmit numbers; every word would have a number code, which could be looked up. He soon had a better idea: Give each letter a code that an operator could translate. Morse also figured out how to use repeaters or relays to regenerate the signal. 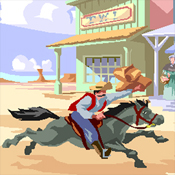 By 1844, he ran an experimental 38-mile link along a railroad right of way and transmitted from Washington to Baltimore the message: "What hath God wrought," which is as famous as "Watson, come here, I need you" and "One small step for man, one giant leap for mankind."

Up to that point, the way information moved was to move atoms: ships, horses, people. It was labor-intensive, slow and costly. Morse figured out how to move electrons ... and changed the world. By 1851 Western Union was formed; by 1861 it was possible to send a message from New York to California. And with that innovation, the Pony Express was DOA.

Five years later, undersea cables were laid to Europe, and the world was for the first time instantly connected.

That relay product was cute. It was a spring-loaded switch that an electromagnet could open and close. It became a building block for computers 100 years later. President Obama has the original patent application and model for Morse's telegraph on a shelf in the Oval Office. He told author Michael Lewis: "This is the start of the Internet right here."

For the next 30 years, telegraph wires went everywhere, but this mode of communication was still partially electrons and partially atoms, as delivery boys still had to take the message the last mile from the telegraph office to your home.

But by 1875, a Canadian named Alexander Graham Bell was working on something called the harmonic telegraph, which allegedly could send messages on different pitches or notes down telegraph wires.

More on that to come in the fourth part of our series.

Three technologies are vying to upend legacy data center networks. Which one will you back? Also in the new, all-digital Welcome To The Revolution(s) issue of Network Computing: Startups are bringing fine-grained I/O quality of service to solid-state arrays. (Free with registration.)

We welcome your comments on this topic on our social media channels, or [contact us directly] with questions about the site.
Comment  |
Email This  |
Print  |
RSS
More Insights
Webcasts
Emerging Security Threats Your Enterprise Should Be Aware Of
Don't Miss this Event Featuring Rob Carter - CIO of FedEx
More Webcasts
White Papers
SOC 101
2020 Trends to Watch: Cybersecurity
More White Papers
Reports
The New Face of IT Automation
State of Cybersecurity Incident Response
More Reports

"Morse code was used way into the 1890s and beyond for radio "
Correction, try 1990's and beyond. In fact, I just had a two way conversation in Morse Code tonight. I use Morse Code (or CW) regularly. It has advantages, including better readability. I can demonstrate. Get your shortwave radio out, Meet me on 7070 kHz at 7:00 PM eastern. My amateur radio friends and I will be on the band ("Band of Brothers").
Reply  |  Post Message  |  Messages List  |  Start a Board

I recently read "The Victorian Internet", which is basically about how the telegraph was not only the great-great-grandfather of the internet in many technical ways but how many of the internet's social, business and political changes really happened a long time ago with the telegraph.
Reply  |  Post Message  |  Messages List  |  Start a Board

Alexander Graham Bell a Canadian? I love Canada, but in 1875 he had only been there 5 or 6 years - he was a Scotsman by birth and education. I have visited his summer retreat in Cape Breton, and indeed perhaps he thought himself finally a Canadian when he died there in 1922.
Reply  |  Post Message  |  Messages List  |  Start a Board

Funny, I never drew a line from Morse to the digital age, but there you have...it in dots and dashes no less! BTW, I always thought SOS stood for Save Our Souls, but according to wikipedia, it doesn't really stand for anything other than a signal of distress.
Reply  |  Post Message  |  Messages List  |  Start a Board
Editors' Choice
Hot Topics

More Informa Tech Live Events
Now That Ransomware Has Gone Nuclear, How Can You Avoid Becoming the Next Victim?The Changing Face of Threat IntelligenceProtecting Mobile Apps and APIs from the Inside Out