20 People Who Changed Tech: Max Hopper And The CIOs - InformationWeek

50%
Tweet
We salute the strategists, peace-makers and visionaries who turned tech innovations into distinct business advantages. Last of a 20-part series. 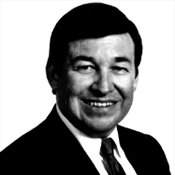 Max Hopper
Photo: aisnet.org
The man who invented the title Chief Information Officer was Bill Synnott, who was a senior VP of First National Bank of Boston. Up to that point, the only "C" titles were CEO, COO and CFO. Now there are so many in the C suite, they're spilling out everywhere: Chief Compliance Officer, Chief Diversity Officer, Chief Security Officer, etc. I saw a bumper sticker: "Honk if you are a C-Level Executive."

But Synnott, who later worked for me at The Yankee Group, was on to something: that information was exploding so rapidly that the old director of IT job had to be tackled with a higher-level management philosophy; that doing the job "right" could give a company a sustainable advantage; that doing it "wrong" could bring a corporation to its knees.

IT came out of the accounting department. Originally, its goal was to just automate business processes, but it evolved into something quite different, something akin to a weapon in the Corporate Wars.

The CIO title at first was seen as a blatant overreaching and presumptuous power grab. But companies realized that the data they had -- if it could be "harnessed" rather than hidden in silos -- could determine whether they won or lost in the marketplace. Eventually, the computer and communications industry would court those CIOs, swooning at their "insight," in some cases making them almost rock stars. The CIOs' budgets were routinely approved, if for no other reason that no one else in those early days really understood what computing was all about. That environment began to change when more and more executives gained experience with data processing.

Under this new model -- let's call it CIO 2.0 -- the IT leaders could look at their entire IT and communications budget and figure out which solutions were vibrant enough to standardize on and which were short-term fixes. And they could still keep 5% of their budgets for new products and services that could be game changers, from vendors no one had ever heard of. Some of those early, unknown vendors: SAP, Oracle, Cisco, 3Com, Microsoft, Digital Equipment … you get the idea.

For example, when VMX invented phone mail, the company had no clear idea what it would be used for -- until the CIO and his team at 3M found the sales manager who could justify it because his 400-person salesforce didn't have to come off the road at 4 p.m. to talk to the home office. They could leave a message and pick up the answer that night. Result: a 30% improvement in salesperson productivity. Do you know anyone today who doesn't have some form of phone mail?

The CIO had to be a master of both balance and timing, leveraging cost control, insight into new technologies, alignment with strategic direction, etc. The CIO had to be a Futurist, Strategist, Purchasing Agent, Decision-Maker, Consigliore, Compromiser, Visionary and Hard-Nosed Cost Accountant. CIOs had to get warring profit centers to agree on common platforms, and they had to make their peace with the divisional general managers, who always claimed they were being overcharged but underserved by corporate information processing. Remember the Third Great Lie: "I'm from Corporate, and I'm here to help you."

But the Great CIOs did something more. They took big risks in bringing new technologies to bear, often handholding some of the pioneer innovators and defining how the world would change.

The archetype was Max Hopper, who ran Sabre for American Airlines and helped birth the AA Advantage Program, which first used data to change consumer behavior.

Hopper worked for CEO Bob Crandall, who himself was once the senior computer guy at American. CIOs must have the full support of the CEO or the sharp knives -- the divisional senior VPs with their own agendas -- will cut them up.

I remember once mentioning to Hopper that I was going to be in Dallas and suggesting that I stop by. "Howard, Bob Crandall has his weekly meeting starting at 9 a.m. that day, so it might not work." I replied that I could come later in the afternoon. "You don't understand. This is the meeting where we go over everything that went wrong at the airline in the past seven days. Often these meetings go to midnight."

Ouch! Tough boss, but an extremely well-run organization. Crandall was legendary as the meanest, toughest boss in America. Fortune magazine put Crandall on its list of Toughest Bosses so often that it should have named the award after him.

But he and Hopper changed the world -- not just with the Sabre system, but also as an early proponent of big data. A Harvard Business School classmate of mine, Tom Plaskett, worked at American in finance. He went to Crandall one day with an interesting insight: that the airline didn't really know who its customers were, but if they could build a file and give frequent flyers "miles" toward free travel, they could use this loyalty program to tilt the balance of industry power.

In other words, from data and an understanding of its implications, American was able to get a year's jumpstart on its major competitor, United Airlines. And the key was Hopper's philosophy that the "silo" approach to building systems would eventually cripple an organization. If you could tie together the business and technology sides, you could move faster and more efficiently.

Comment  |
Email This  |
Print  |
RSS
More Insights
Webcasts
Staffing & Training a Cyber Incident Response Team
Now That Ransomware Has Gone Nuclear, How Can You Avoid Becoming the Next Victim?
More Webcasts
White Papers
DevOps for the Database
NDaaS 101
More White Papers
Reports
Online Threats -- and What Your Org Can Do About Them
[Special Report] Remote Network Management
More Reports