50%
Tweet
How easy-to-use, single-application systems changed the face of computing, communications and business decision-making.
Dr. An Wang
An Wang was a brilliant computer scientist who was a pioneer in magnetic core memory and storage, but that's not why he makes our list.

Before Dr. Wang, computing was done by the High Priests. Office automation wasn't even automated. Letters and documents were done by secretaries; every manager had a secretary, and executives had two. Wang bridged the gap. He automated the office just when the number of secretaries was waning because of cost cuts and the demand for speed and accuracy was waxing because of competition.

Wang, born in Shanghai, moved to the U.S. in 1945, received a Ph.D. from Harvard, and worked with Howard Aiken on his Mark IV, the second fully electronic computer built in the U.S. When Harvard cut funding and deemphasized computing (Way to go, Harvard!), he left to start Wang Laboratories in 1951.

His early product was a desktop calculator system whereby several devices could operate on one processing unit. By "time-sharing" this processor, he could give multiple number crunchers more power at lower cost and much faster speed than the mechanical solutions they had been weaned on. That same insight led him to his next big market.

By 1976, he had designed his first word processor, the WPS, followed by the OIS (Office Information System) and then Wang Office, a multiuser display-based system that had master disk storage connected to intelligent diskless slaves. Meantime, the Wang 2200 minicomputer, introduced in 1973, was the forerunner to the VS, a fully featured mini introduced four years later.

Wang's multiuser system, like the company's desktop calculator, was a time-shared system, but the user felt he/she had total control because it seemed that the system responded instantaneously. Wang Labs became the industry standard and leader; the company had loyal customers and a much better solution.

While Wang's prices were high ($4,000 for just a terminal), the word processing application worked elegantly. An entire generation of secretaries was first trained on Wangs, an enormous competitive advantage for any vendor. Happy users don't switch -- until they become unhappy or other companies enter with a substantially better/cheaper/faster alternative.

Dr. Wang once said, "Success is more a function of consistent common sense than it is of genius." Of course, that's easier to say if you actually are a genius. Today, we don't think of word processing as anything special; in its day it was revolutionary. It was an application everyone needed, but no one realized that until it was here. What the VisiCalc spreadsheet did for Apple and what Lotus 1-2-3 did for the IBM PC, word processing did for Wang Labs.

But here's the real reason An Wang makes our list: He taught the world to use computers. Before Wang, no executive would even consider actually typing. No, no, no … that was a job for a secretary with an IBM Selectric and some correcting fluid. Some of the advanced Selectrics could memorize an entire line of text, but no more.

Wang was giving them more. Secretaries and managers could see the entire page. They could move paragraphs and make endless revisions. Documents could be sent as drafts to others for comments and suggestions, and those suggestions could be incorporated into a final document. They could be stored, forwarded, annotated and messaged. Suddenly, the interoffice mail wasn't fast enough for the modern corporation. 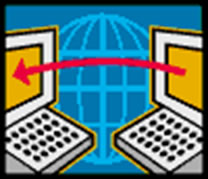 Even though they could do all of those things, Wang's innovations were simple to learn. And because they were networked, some cautious junior managers wanted -- and got -- direct access. They could compose, correct and send a document to others on their system … and then to others on similar Wang systems. And if a person could send a document, then he could send a message. So behind all of this cute technology was electronic mail.

At first electronic mail was a bastard child. Where did it fit? Who used it? What did it cost? The traditional IT shops wanted no part of office automation or electronic mail; they were fully employed in their domain. Only when corporations started screwing things up -- and the IT department saw that these damn office systems of the future were really minicomputers, and the IT guys realized that they really should control this beast before it got too far out of hand -- did some sanity arise.

When the top executives had an early email system to use, their secretaries would take dictation and send messages, then print out answers and bring them in. Very quickly, two things happened: First, managers wanted access to their executives, and to be cut out meant being at the bottom of the food chain. Which meant that everyone wanted to be on email. Second, the managers wanted to read and send answers themselves, at all hours of the day and without the secretary "intermediaries." So they started typing, albeit with two fingers, and found that it really wasn't emasculating at all.

So by building on his early core memory patents and his understanding of what businesses needed, Dr. Wang built his company around an application: documents. But the Wang VS system was really something more. It could be used as a data processing unit and/or a word processing device. It was user-programmable. 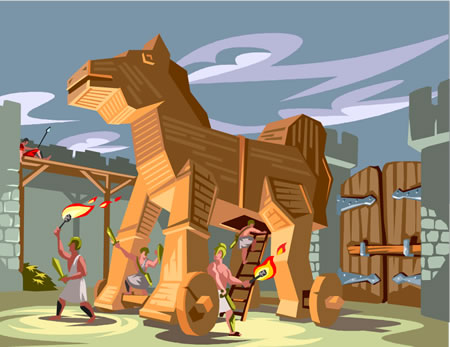 In other words, Wang's devices were really Trojan horses. They came in as single-application devices but became communicating engines and powerful client/server computers. That manager who might have used just word processing to submit a monthly report could now do some forecasting, access demand and backlog and make better decisions -- more quickly.

There is no doubt that "The Doctor" was a remarkable man and absolutely changed the world but not for the reasons mentioned here. I had the opportunity to work there for 5 years and for one of those I met with him weekly. Sometimes in his private board room along with Paul R. We often joked that "he had a whim of iron", because he would insist on making minute expensive changes simply on a whim. I left because both he, his son and many of the others in charge could not grasp the paradigm shift from hardware to software shortly after the IBM PC was announced. Bill Gates got it. He had actually visited us in the old Wang building and was interested in our WP system and selling us Basic later on for the Wangwriter. I refused to go out to lunch with him because he was such a geek and I was busy wriiting code. His goal I think was to copy the WPS and he did a poor job. Word still today is the most unfriendly program ever written for the masses. Dr. Wang was focused on hardware and Gates on software. Gates built his monopoly by forcing hardware vendors to adopt his operating system and thus he was able to completely take over the WP and other application markets in a relatively short period of time. Eventually he helped make my prediction come true. In 1982 I left after a group of managers were designing the OIS50. Yet another piece of hardware to run our WP software on. I had first made a version of the software for the system 5 a stand along WPS. Later I rewrote the code in a portable higher level language in a form whose first incarnation was the Wangwriter. That hardware design the doctor had much influence on. Thats all I'll say about that. Then there was my favorite the first electrostatic printer, we softeware guys affectionately called the FLAME THROWER because pieces of paper would come flying out either charred or sometimes actually burning. This was of course ultimately fixed before shipping. I left Wang after two REMARKABLY dumb decisions were made. The reversal of the registers in the design of the Wang PC to purposefully make it incompatible with the IBM PC and the impending decision to build the OIS50. They were worried someone might steal their software to run on the PC. My idea was to take the newly written portable software and put it ON the IBM PC. They thought I was mad. My quote going out the door in a high level managers meeting on the OIS 50, " You folks are delusional. The next Word Processing hardware is already built and its the IBM PC. If you dont listen to me Wang will be bankrupt in just a few years." They all laughed and I was actually wrong. It took about 10 years. Corrections: The first word processor was not the WPS, it was the 1200 a tape based single line WP. Dr Wang did NOT design the WPS OIS etc. Don Dunning, Dave Moros, Harold Koplow and the folks that worked for them did. On 9/28/1976 the "928" was approved by the Dr after much lobbying by Harold and Dave. It was the basis on all WPS and OIS systems.
Reply  |  Post Message  |  Messages List  |  Start a Board
Editors' Choice
Hot Topics