IT hiring in December lost momentum, but it looks like it might just be a momentary blip. Here's why CompTIA remains confident about IT jobs.

While IT professionals tend to be in demand, and careers in the field are stable and pay well, December was a lackluster month in terms of hiring in the industry.

That's according to CompTIA, the Computing Technology Industry Association. The organization said that the US technology sector added a modest 3,500 jobs in December 2019, which was the second lowest total for the calendar year. Across the whole US economy, IT occupations grew by an estimated 3,000 jobs in December, according to CompTIA's analysis of the US Bureau of Labor Statistics numbers. 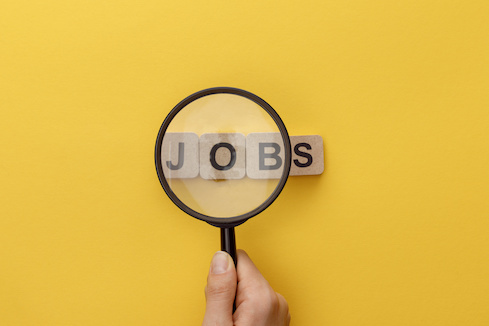 A few factors may have come into play in December in terms of IT hiring numbers. Tim Herbert, executive VP for research and market intelligence with CompTIA, told InformationWeek that IT hiring has been historically light in December, albeit not in the same way that it is for the retail sector.

Rather, the lull in hiring is probably due to fewer workdays during the month and organizations opting to wait until the New Year to bring on more staff, according to Herbert.

Over the last several months, talk of an impending recession may have spooked some IT organizations when it comes to hiring plans.

"The recession chatter has been all over the map, with lots of mixed signals of late," Herbert said. "This added uncertainty has probably affected the hiring practices of some CIOs. This does not appear to be the overriding factor, however." 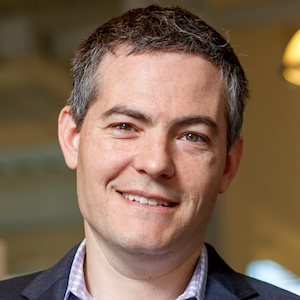 That's because data from CompTIA's IT Industry Outlook 2020 shows that IT pros and IT companies have a generally positive outlook for the economy. Indeed, 40% feel very good about the upcoming ear and 43% feel pretty good. The top business condition concerns among IT companies are labor costs/availability of skilled IT workers (49%), customers postponing purchases/taking a wait-and-see approach (45%), shrinking margins/profitability (38%), and disruption/competition from new firms entering the IT space (35%). Other concerns are an unexpected shock like new financial crisis or natural disaster (33%), and trade turmoil/tariffs 21%).

Indeed, some sectors added jobs during the period. For instance, data processing, hosting, and related services added an estimated 2,100 jobs, followed by computer and electronics product manufacturing with 1,500 new jobs, according to CompTIA.

Herbert said this small gain was notable, given that the overall US manufacturing category lost 12,000 jobs in December.

What jobs were in high demand? Software and application developers saw the highest demand in December, with 98,700 job openings advertised. Other hot occupations included IT user support specialists (24,300), systems engineers and architects (24,000), systems analysts (20,500), and IT project managers (18,600).

Although job indicators point to just a momentary blip in hiring momentum for IT in December, some sectors appeared to be experiencing more serious retrenching. For instance, an estimated 1,200 jobs were lost in telecommunications, and for the full year telecom employment declined by more than 28,000 workers, according to CompTIA.

"Just like about every industry sector, telcos are exploring the best uses of automating technologies and AI," Herbert said. "This has inevitably contributed to some jobs displacement, although it's tough to quantify whether automation is more of a factor in telecom than other sectors."

Herbert noted that hiring in the telecom sector has been weak for a while now, so there are other factors at play beyond automation.

"Telcos transitioning away from legacy business lines and into new areas, such as cloud services, cybersecurity services, 5G, etc. have different workforce needs," he said. "In some cases, the newer areas are less labor intensive than the legacy lines."

For more on IT jobs and hiring trends check out these recent articles.

From 80 to 8,000: Managing Successful Teams at Every Milestone

Want a Raise? Don't Ask Mom and Dad for Advice

It's Time to Reconsider IT Career Paths

Jessica Davis is a Senior Editor at InformationWeek. She covers enterprise IT leadership, careers, artificial intelligence, data and analytics, and enterprise software. She has spent a career covering the intersection of business and technology. Follow her on twitter: ... View Full Bio
We welcome your comments on this topic on our social media channels, or [contact us directly] with questions about the site.
Comment  |
Email This  |
Print  |
RSS
More Insights
Webcasts
People Are The Most Important Part of Autonomous SOC
Nip Ransomware in the FUD: Detecting Attacks Pre-Encryption
More Webcasts
White Papers
Why Add Security to Your Skill Set and How to Do It
Stop Malicious Bots For Good: How Better Bot Management Maximizes Your ROI
More White Papers
Reports
Key Strategies for Managing New Risks in Cybersecurity
The State of Cloud Computing - Fall 2020
More Reports

CRM Trends 2021: How the Pandemic Altered Customer Behavior Forever Jessica Davis, Senior Editor, Enterprise Apps,  2/18/2021
White Papers
Why Add Security to Your Skill Set and How to Do It
Key Strategies for Managing New Risks in Cybersecurity
Protection Strategies for a Cyber-Resilient Organization
The Hidden Security Risks of APIs: How to Protect Your Brand, Business, and Data
Sunburst: Impact and Timeline