The Raspberry Pi Foundation, the UK-based microcomputer specialist, is marking its fourth anniversary on Feb. 29 with the release of the Raspberry Pi 3, which offers new features, including Bluetooth and WiFi capabilities. The foundation is also keeping the price at $35.

The Raspberry Pi 3 is currently on sale for $35 -- the same price as the existing Raspberry Pi 2. It features a 1.2 GHz 64-bit quad-core ARM Cortex-A53 CPU, which provides about 10 times the performance of the original Raspberry Pi 1.

For Raspberry Pi 3, Broadcom is supporting the company with a new system-on-a-chip (SoC) called BCM2837, which retains the same basic architecture as its predecessors -- the BCM2835 and BCM2836.

This means all the projects and tutorials that rely on the details of the Raspberry Pi hardware will continue to work with the latest model. 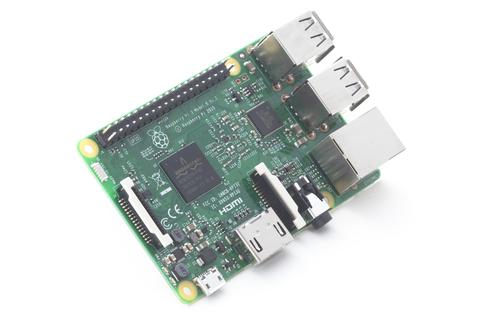 The only change is the position of the LEDs, which have moved to the other side of the SD card socket to make room for the antenna.

"All of the connectors are in the same place and have the same functionality, and the board can still be run from a 5V micro-USB power adapter," Eben Upton, the founder of the Raspberry Pi Foundation, wrote in a Feb. 29 blog post about the release of the Raspberry Pi 3. "This time round, we're recommending a 2.5A adapter if you want to connect power-hungry USB devices to the Raspberry Pi."

Other big improvements to the Pi 3 include integrated 802.11n wireless LAN and Bluetooth 4.1. They give the device more wireless options, which can help when developing Internet of Things (IoT) projects in the home or the office. The new board is also completely compatible with Raspberry Pi 1 and 2.

The Raspberry Pi 3 is available to buy from the company's current sales partners, including element14 and RS Components, and from other resellers.

The Model A+ continues to be the $20 entry-level Raspberry Pi for the time being, but Upton noted the company expects to produce a Raspberry Pi 3 Model A, with the Model A+ form factor, during 2016.

Upton also explained the company expects to introduce a BCM2837-based Compute Module 3 in the next few months.

Since the launch of the original 256MB Raspberry Pi Model B in 2012, the company has shipped more than 8 million units, including 3 million units of Raspberry Pi 2, making it the UK's all-time best-selling computer.

[Find out why the Raspberry Pi Foundation said "no" to malware.]

In addition to the impressive sales figures, the company has also been working to place its computers with some far-flung users. It shipped a Raspberry Pi to the International Space Station, and has trained teachers around the world through its Picademy program.

The nonprofit might be making the cheapest pocket-sized PC on the market, but it certainly isn't the only company trying to shrink computers down to the smallest measurements possible.

Semiconductor specialist Intel is also a player in the PC-on-a-stick market, thanks to the release of the Compute Stick. The company's version of a pocket PC resembles a USB stick in size and weight.

Unveiled by Intel at the Consumer Electronics Show in January 2015, the stick costs $89 when running on Ubuntu Linux. The Windows 8.1 variant retails for $150.

Nathan Eddy is a freelance writer for InformationWeek. He has written for Popular Mechanics, Sales & Marketing Management Magazine, FierceMarkets, and CRN, among others. In 2012 he made his first documentary film, The Absent Column. He currently lives in Berlin. View Full Bio
We welcome your comments on this topic on our social media channels, or [contact us directly] with questions about the site.
Comment  |
Email This  |
Print  |
RSS
More Insights
Webcasts
Strategies for Success with Digital Transformation
Making Cybersecurity Work in Small and Medium-Sized Businesses
More Webcasts
White Papers
Presenting Your Cloud Security Strategy to the Board
Transforming the Corporate WAN: Enterprise Network Insights
More White Papers
Reports
The State of Cloud Computing - Fall 2020
Special Report: The Changing Face of Threat Intelligence
More Reports

This is a great offering for Pi fans. Including both bluetooth and wifi is a major boost for the device. Upgrading to new hardware is super easy when it costs under $40. I wonder if the Pi Zero will ever be able to keep up with demand...
Reply  |  Post Message  |  Messages List  |  Start a Board

Not long ago when the first Raspberry Pi came out I was surprised to learn so much computing power crammed into such a small footprint and for just $35. Then the RPi 2 came out, for the same price. Not long after that the RPi 3 is already out and the price is the same! Wow. And the CPU is 64-bit.

If the RPi can run either Windows (not the IoT version) or OS X it could definitely go mainstream. There are companies that put an RPi into a nice box with monitor, keyboard, and mouse but these are too expensive when compared to 1-2 year old full-blown notebooks that are only $200-$300. I'd love to see a fully packaged RPi running Windows or OS X for $150.
Reply  |  Post Message  |  Messages List  |  Start a Board
Editors' Choice
Hot Topics