IT, OT, IoT: Does Hitachi Have a Dictionary for This Alphabet Soup? - InformationWeek

At its recent NEXT conference, Hitachi made a slew of announcements, chief among them the creation of Vantara, a company which brings together its legacy storage business, alongside its Internet of Things (IoT) and analytics plays. The idea that the triumvirate of products create a “better together” situation for Hitachi and, more importantly, its customers.

At the show, Hitachi spent much time differentiating its own industrial Internet value proposition from that of its competitors. As Hitachi tells it, its years of experience in the industrial sector (both internally, running a myriad of businesses from heavy machinery to advanced manufacturing and providing industrial solutions to customers) is a key differentiator. Hitachi was eager to articulate its long history in the operational technology (OT) arena.

At the same time, Hitachi’s leadership pointed out how long it has been an IT supplier. Hitachi provides hardware and software on global basis for organizations to run their data centers and other technology assets. 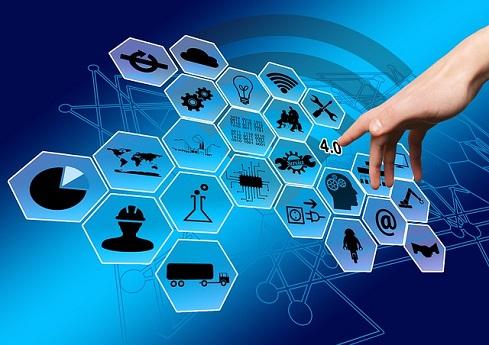 Historically, these two areas have been somewhat discrete. Today, however, the burgeoning attention to IoT means that OT and IT are coming together as one. All organizations are looking to capture data, and take action at a production level. Thus in every industry -- from mining to healthcare, from municipal to manufacturing -- IoT is important.

Lumada powering both the core and the edge

At the show, Hitachi announced some updates to Lumada, its IoT play. Lumada has been re-created so that it covers all bases: On-premises or cloud-based implementation and able to run both as a core IoT module but also out close to the edge.

Speaking with Rich Rogers, the senior vice-president of engineering and product management at the newly created Hitachi Vantara business, there was much talk about how industrial organizations are starting to display some traits that were previously demonstrated by IT vendors. Rogers spoke of how IoT is software-izing these industrial use-cases and how this maps closely to what cloud and virtualization did for the data center; the software defined data center (SDDC) is now the software defined industrial operation.

About that IoT continuum

It needs to be stated, that pretty much every technology vendor on earth is trying to position itself as the preeminent IoT vendor. Indeed, it's not only technology vendors; some companies formerly known as industrial players are reinventing themselves as software companies.

At one end of the spectrum, and most notably in this “industrial reinvested as software” class, is GE. GE, better known for building gas plants, jet engines and wind turbines, is reinventing itself as a software company. Under former CEO Jeff Immelt, and current head of all things digital, Bill Ruh, the company is investing hundreds of millions of dollars to build capability in the software space. GE is applying its Predix software offering both to its own business units but, more importantly, is attempting to become the software provider of choice for a host of third-party industrial organizations.

At the other end of the spectrum lie the traditional technology vendors who, despite not having significant industrial experience themselves, have long histories of delivering technologies to industrial operations. Into this box we can place pretty much every technology vendor you can think of: Amazon Web Services, Microsoft, Google as well as more specialized vendors with a communications or industrial technology bent, Siemens and Ericsson for example.

So, where does Hitachi sit in this continuum?

Let’s face it, every technology vendor suggests that they are unique and the only vendor that can really deliver what a particular class of customer needs. Hitachi is no different and Rogers, speaking about Lumada but channeling the broader Vantara ambition said that:

"…Hitachi’s intention is that Lumada will be much more than just another IoT platform in a crowded market. Lumada’s ultimate purpose is to make it simple to harness the power of IoT data to drive real value for Hitachi’s customers and partners. We remain committed to delivering exceptional integrated software, solutions and services for Lumada. Our vision is that one day all Hitachi machines will be connected to it, enriching the data-driven insights and value we can provide to ensure every Hitachi customer will benefit.”

The view from the edge

Paul Miller, respected IoT and everything cloud senior analyst at Forrester Research had this to say about IoT generally, and Hitachi’s claims of uniqueness in particular:

"From factories to trains, mines to nuclear power stations, our industrial organisations are waking up to the opportunities offered by analytics, machine learning, and the Internet of Things. Hitachi is one of those companies that manages to bridge the divide. It has divisions that build physical things -- trains, wind turbines, mining equipment, medical scanners, and more. But it also has the digital capabilities needed to connect those things and extract insights from them. With Vantara, Hitachi combines its existing digital strengths into one organization, and presents a far clearer proposition to potential customers. It’s not alone in attempting this, of course. GE has Predix, Siemens has Mindsphere, and the likes of ABB, Bosch, Schneider and more all have their own take on enabling digital industries. The big cloud providers like AWS, Google, IBM, and Microsoft also have IoT offerings that are increasingly being touted for industrial applications. It’s a big market, and a critically important market."

In terms of what needs to happen for them to win, Miller provides some sage advice to Hitachi:

"Hitachi has taken sensible steps to position itself as a credible player. The challenge, now, is to execute and deliver, both in ‘easy’ scenarios where customers buy Hitachi hardware and Hitachi software and services, but also in the more mainstream situations where Hitachi hardware, software, or services must be deployed alongside their equivalents from Hitachi’s competitors. With Predix, GE has dominated the PR story around the industrial Internet for several years. Now we’re finally seeing a number of very credible competitors do a good job of getting both their story and their technical capabilities aligned to deliver."

There is certainly a degree of justification in Hitachi positioning itself as unique. Indeed, it must be somewhat frustrating for people inside Hitachi to see the new found fascination that everyone else has for these industrial opportunities. After all, Hitachi has been playing in the space for longer than most of those vendors have existed for. That said, technology in industrial settings is different from the way it was in the past. Whereas previous eras were typified by monolithic technologies, proprietary protocols and closed networks, the IoT is, as its name suggests, all about connecting these devices to the Internet. It’s fundamentally a different beast.

Ben Kepes is a technology evangelist, an investor, a commentator and a business adviser. Ben covers the convergence of technology, mobile, ubiquity and agility, all enabled by the Cloud. His areas of interest extend to enterprise software, software integration, ... View Full Bio
We welcome your comments on this topic on our social media channels, or [contact us directly] with questions about the site.
Comment  |
Email This  |
Print  |
RSS
More Insights
Webcasts
People Are The Most Important Part of Autonomous SOC
Nip Ransomware in the FUD: Detecting Attacks Pre-Encryption
More Webcasts
White Papers
Improving Security by Moving Beyond VPN
MontanaPBS Shifts to Agile Broadcasting with Help from Raritan KVM Solutions
More White Papers
Reports
Protection Strategies for a Cyber-Resilient Organization
Are Unprotected Cloud Databases Leaking Your Data?
More Reports