A SaaS trailblazer, a REST activist, a firewall revisionist, even a president will all shape technology in the coming year. 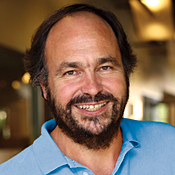 After 14 years as a top executive at Microsoft, Paul Maritz was well aware that the Windows paradigm didn't provide users with everything they needed. And as he watched cloud computing emerge, he began formulating ways to meet those needs and take virtualization technology to new heights.

Maritz left his position as executive VP of Microsoft's Platforms, Strategy, and Developer Group in 2000 and founded cloud startup Pi. By 2008, Pi had 100 employees and a plan to arm users in the cloud by letting them take their computer resources with them, regardless of where they were or what machine they were at. It was a far cry from having a seat on the five-man executive committee at Microsoft, but Maritz was happy with his smaller company. In February, EMC bought Pi, and Maritz was made head of EMC's infant cloud computing division.

He was barely settled into that position when chairman Joe Tucci tapped him to be CEO of EMC's VMware unit, whose leadership in the virtualization market was about to come under siege from Microsoft.

"That was not something I anticipated as I launched into 2008," Maritz says. It was a daunting start, since he replaced Diane Greene, one of VMware's founders. Soon after Maritz took over, Mendel Rosenblum, VMware's chief scientist and Greene's husband, resigned as well.

By the opening of VMware's annual VMworld gathering in Las Vegas in mid-September, Maritz seemed to have the company on track. A new team was in place, and more important, he had new products planned and a new way of describing VMware's virtualization thrust.

VMware was going to supply "the virtual data center operating system." Previously, the company had been hesitant to refer to virtualization as fulfilling part of the operating system's role. Any time it had done so, Microsoft had responded that VMware was talking beyond its expertise. But Maritz ignored the barbs and asserted the power of virtualization in VMware's own terms. It was going to be the orchestrator and manager of all the virtualized resources in the data center. His new message also differentiated VMware from Microsoft, which in July added its Hyper-V hypervisor to Windows Server 2008, making virtualization merely a feature of the server's operating system.

That approach is shortsighted, says Maritz. By adopting virtualization as a separate software layer, IT managers can aggregate virtualized resources and use them as "a single, giant computer--it's the mainframe of the 21st century," he says.

Formulating a strategy is one thing, Maritz acknowledges, but it's crucial to execute it. If you're competing with Microsoft, you can't make mistakes, he adds. "They can make mistakes and recover from them. You can't," he says. That's a mighty big challenge for a man who had no plans to be competing directly with his ex-employer just a year ago.