9 comments
Comment Now
Tweet
With the end of support for Internet Explorer 8, 9 and 10, most people using an older version of Microsoft's browser are forced to upgrade, switch browsers, or put their systems at risk.

Microsoft is officially terminating support for Internet Explorer 7, 8, 9 and 10, effective today, Jan. 12. If you're still running a version of Internet Explorer older than IE 11, it's time to upgrade or switch to a new browser.

You can still use the older versions of Internet Explorer, but you'll be putting your system at risk. Should the browser security become compromised (it's only a matter of time), Microsoft will not provide the patch to fix it.

IE 11, the most recent and final version of the browser, will continue to receive security updates, technical support and compatibility fixes for Windows 7, Windows 8.1, and Windows 10, Microsoft reports. An upgrade to IE 11 also brings better performance and backward compatibility, as well as support for today's Web standards, the company says.

Jan. 12 is the last day security updates will roll out to older editions of IE. This could create a headache for businesses running apps designed to work on older browsers. Fortunately, some users have more time to upgrade.

However, Microsoft is urging those using Windows 7, Windows Server 2008 R2, Windows 2012 R2, and other versions of Windows Embedded to upgrade their browsers to IE 11 by Jan. 13 in order to safeguard their systems.

There is also the option to switch to Microsoft Edge, the minimalist browser launched as part of Windows 10 during the summer of 2015. The new browser, a major sign Microsoft was stepping away from IE, brings added security, Cortana integration, greater speed, a built-in reading list, and the ability to mark up Web pages with a digital pen.

The problem is, Edge is only available on Windows 10. Microsoft's new OS may be on 200 million devices, but most businesses will take longer to upgrade their systems. 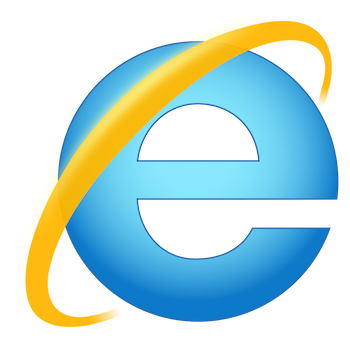 Today's end-of-support affects a massive chunk of the online population. Although Internet Explorer's desktop share dropped 8.81% between Feb. 2015 and Dec. 2015, as indicated by NetMarketShare data, 48.57% of desktops were still running the browser in December. This puts IE well ahead of Chrome, the next-most-popular browser, which had 32.33% of the market.

Further, as of Dec. 2015, 42.5% of all users running Internet Explorer were using a version of the browser set to expire today. This amounts to about 339.2 million users, estimated ComputerWorld, which took into account the 1.5 billion Windows devices used around the globe.

That's a lot of people who will find themselves exposed to cyber-attacks if they don't take action, but the end-of-support for IE shouldn't come as a surprise.

Microsoft first announced today's deadline back in Aug. 2014. The tech giant forewarned users it would terminate support for all versions of Internet Explorer, save for the most recent iteration, on Jan. 12, 2016.

Kelly Sheridan is the Staff Editor at Dark Reading, where she focuses on cybersecurity news and analysis. She is a business technology journalist who previously reported for InformationWeek, where she covered Microsoft, and Insurance & Technology, where she covered financial ... View Full Bio
We welcome your comments on this topic on our social media channels, or [contact us directly] with questions about the site.
Comment  |
Email This  |
Print  |
RSS
More Insights
Webcasts
How to Effectively Analyze Security Data
Building a Strategy for Detection and Response
More Webcasts
White Papers
Global Password Security Report
Two-Factor Evaluation Guide
More White Papers
Reports
How Enterprises Are Developing and Maintaining Secure Applications
Annual Threat Intelligence Report: Perspectives and Predictions
More Reports
Copyright © 2020 UBM Electronics, A UBM company, All rights reserved. Privacy Policy | Terms of Service