Michael Dell Defends His $67B Bet On EMC - InformationWeek

Michael Dell positioned his company for a new age with a slew of new product announcements at Dell World Live. He also answered questions about the $67 billion deal to acquire EMC. Here are the details.

Michael Dell defended against criticisms of his company's acquisition of EMC during his keynote address at Dell World Live on Wednesday and in related interviews with Bloomberg. The Dell CEO also spoke broadly about future strategies and specific product line directions.

It's been a big month for Dell and his namesake company following news of its plans to acquire tech giant EMC for $67 billion.

Some pundits have said the deal is doomed from the start due to its focus on commodity hardware, such as storage, PCs, and servers. These industry observers say that Dell, and other tech companies like it, are facing new threats as corporate customers move their workloads into public and private clouds.

Michael Dell didn't see it that way, and the CEO used his keynote address to position Dell's product lines as the beneficiaries of this move to the cloud. 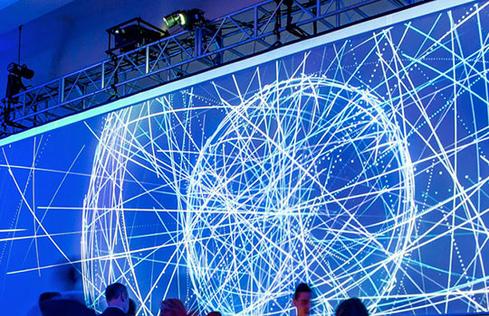 Dell's chief executive also mentioned a new partnership between Statistica and Microsoft Azure, and plans to add to the Pivotal big data suite, which joins the company as part of the EMC deal.

In an interview broadcast on Bloomberg ahead of his keynote, he promoted the benefits of the EMC acquisition. The combination of two big tech companies is the opposite of what Dell rival HP is doing as it splits itself into two smaller companies next month.

According to Michael Dell, the deal with EMC would drive costs out of Dell's manufacturing supply chain.

"This is a business where scale matters," he said. "We have grown up in this industry and seen the power of scale. If you think of what goes into the data center, it is microprocessors, memory, and storage. Those are also the same ingredients that you find in client devices and the Internet of Things."

During his Dell World keynote, the company's founder said that there are 1.8 billion PCs in the world, and 600 million of them are more than six years old. PCs themselves are being embedded into other devices now. Dell has also gained PC marketshare for the last 11 quarters.

Nonetheless, he said he has no plans to take Dell into the mobile phone business after watching one of his competitors fail at it. There's already one company in the space that does mobile phones really well, he said.

Michael Dell said that there would be some layoffs to come in the wake of the EMC acquisition, but that those would not be the primary focus. This deal is about revenue synergies, he said. On the other side, the company is hiring "thousands" of sales people around the world.

What about all the giant tech acquisitions that did not work out so well?

Bloomberg specifically asked how Dell's deal would be different from HP buying Compaq. Michael Dell said that the Dell-EMC deal is different because the principals of the companies in this deal are at the center of it. Also, the overlap of technology is minimal, and Dell has an aggressive timetable for paying down the debt incurred to finance the deal.

"It's not about combining existing businesses," Dell told Bloomberg. He said as well that he has plans to pay down the billions of dollars of debt used to finance the deal "pretty rapidly" in the next 18 to 24 months.

Jessica Davis is a Senior Editor at InformationWeek. She covers enterprise IT leadership, careers, artificial intelligence, data and analytics, and enterprise software. She has spent a career covering the intersection of business and technology. Follow her on twitter: ... View Full Bio
We welcome your comments on this topic on our social media channels, or [contact us directly] with questions about the site.
Comment  |
Email This  |
Print  |
RSS
More Insights
Webcasts
Key technology trends in 2021 - Making these technologies work for your business
Hybrid Cloud: The Great Balancing Act
More Webcasts
White Papers
Why Add Security to Your Skill Set and How to Do It
Enabling Enterprise Resiliency Through Cyberthreat Detection
More White Papers
Reports
Are We Cyber-Resilient? The Key Question Every Organization Must Answer
Building an Effective Cybersecurity Incident Response Team
More Reports

Dell tried a phone several years ago, and it didn't work out too well. They also had music players, Tvs and cameras, all of which failed. They may be gaining small PC marketshare gains, but at what cost? We no longer know.
Reply  |  Post Message  |  Messages List  |  Start a Board

WOW. THE DELL DEAL OR THE DEAL OF THE CENTUARY HAS GOTTEN THE FOCUS ON THE WORLD. STUNNING COUP FOR DELL.CONGRATS. THE FALL OUT HOWEVER IS GOING TO BE LARGE. FIRSTLY VMWARE IS GOING TO FIND MORE COMPETITION AS OEMS AND ISVS GO ON A MORE SILOED PATH WITH VIRTUALIZATION. THEY WILL NOT WANT TO SUBSIDIZE DELL NO MATTER WHAT DELL AND EMC STATE. SECONDLY WITH DELL BECOMING A MORE VERTICAL COMPANY WHILE OTHER HAVE BROKE UP INTO TWO OR THREE COMPANIES FOR CLIENT, SERVER AND STORAGE WATCH FOR MORE OEM/ISV PARTNERING AROUND DELL. AKIN TO WHAT HAPPENED TO IBM FOR THE LAST 20 YEARS.

LASTLY STORAGE WILL RESHAPE THE COMPUTE LANDSCAPE AND THE CPU LANDSCAPE. WATCH FOR COMBINED CORES FROM ARM TO MAKE THIS HAPPEN VS ALL INTEL..