To create visual effects for the TV show Cosmos and next year's Jurassic Park sequel, Tippett Studio partnered with Dell to upgrade its infrastructure.

Bringing to life unseen universes, rampaging dinosaurs, and other spectacles of movie magic takes more than talent and imagination. It also takes computing power -- lots of it.

"There's a bunch of stuff that's hard. It's never the same [from one movie to the next]," said Sanjay Das, COO at visual effects house Tippett Studio, in an interview. Each project brings not only the artistic challenge of fulfilling the director's creative vision, Das pointed out, but also increasing technical challenges such as rendering photo-realistic special effects in 4K resolution.

If "Tippett" rings a bell, it's probably because you've seen the name during the credits of the some of Hollywood's biggest films. Founder Phil Tippett originally worked at visual effects pioneer Industrial Light and Magic, where his credits included the Star Wars films, before founding his own studio. Tippett Studio's filmography ranges from Jurassic Park to the new Cosmos TV series.

According to Das, as filmmakers have embraced new technologies, the delivery of high-quality effects has become a bigger IT challenge. Directors routinely expect shots to be delivered in 4K resolution, which has four times more resolution than the 1080p TVs many of us have at home, for example. Those extra pixels roughly double Tippett's compute and storage needs.

Filmmakers aren't paying twice as much for pixel-rich shots, however. "Even though studios make $200 million movies, for visual effects, they get frugal," says Das. 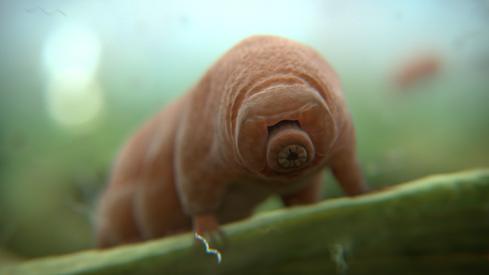 Consequently, Tippett has had to optimize. In some cases, this involves workflow considerations, such as completing certain tasks at lower resolutions before finalizing in 4K. But Das says the company also had to upgrade its infrastructure and focus on internal development.

Tippett artists work with high-end software that includes Maya for modeling, animation, and rigging, and Nuke for compositing. But because directors often aim to push new envelopes, the company also has its own R&D team to create homegrown tools, says Das.

To build out its infrastructure, Tippett partnered with Dell. The company uses Dell's PowerEdge servers for its render farm, Dell Precision workstations to give artists real-time 3D rendering, and Dell networking and security products to connect everything.

Das, who previously worked with HP products while serving as R&D Director for DreamWorks Animation, praises Dell as a flexible partner. He told us the company took time to understand Tippett's unique challenges, "building boxes not available in the market yet, giving us those kinds of things." He added that Dell's products help Tippett to manage power and space constraints imposed by its massive render farm. "All the power we can draw from the transformer, we've maxed that."

Tippett's work on Cosmos tested the company's infrastructure agility. Effects companies often face tough deadlines while working on theatrical films, but television can present even tighter challenges. For Cosmos, Tippett had four months to complete nearly 240 shots for the 13-episode season, which wrapped up last week. 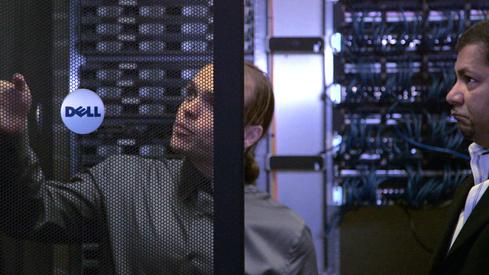 Das explained that on a feature film, there's usually some downtime between when an artist finishes a shot and when he can see the fully rendered result. To create swirling nebulae and alien landscapes while meeting deadlines, Tippett's Cosmos team required a different methodology. Tippett engaged Dell to help build out a separate pipeline for the show. If the effects had been fed into a typical render farm, Tippett's artists wouldn't have been able to modify shots as quickly as needed.

But for every technical challenge visual effects company solve, new ones pop up. Tippett Studio's upcoming projects include two high-profile sequels -- Jurassic World, fourth in the man-vs-dinosaur franchise; and Ted 2, follow-up to the 2012 comedy about a foul-mouthed teddy bear. The movies will open within two weeks of one another in June 2015, meaning Tippett will have to juggle the effects-heavy projects in the meantime. "I'm curling my toes a little, knowing what's coming in the next three to four months," Das laughed.

Michael Endler joined InformationWeek as an associate editor in 2012. He previously worked in talent representation in the entertainment industry, as a freelance copywriter and photojournalist, and as a teacher. Michael earned a BA in English from Stanford University in 2005 ... View Full Bio
We welcome your comments on this topic on our social media channels, or [contact us directly] with questions about the site.
Comment  |
Email This  |
Print  |
RSS
More Insights
Webcasts
Building Asset Management into Your Enterprise Security Strategy
Advancing the Hybrid Cloud & App Modernization Journey with IBM
More Webcasts
White Papers
Simplify Your Application Security
Addressing Complexity and Expertise in Application Security Testing
More White Papers
Reports
Tech Insights: Detecting and Preventing Insider Data Leaks
The Infoblox Q4 2020 Cyberthreat Intelligence Report
More Reports

I watched that show and it didn't occur to me the tardigrades would be digital. But that makes sense when you consider that no one has seen one with the naked eye anyway.
Reply  |  Post Message  |  Messages List  |  Start a Board
InformationWeek Is Getting an Upgrade!

How to Submit a Column to InformationWeek InformationWeek Staff 4/9/2021
White Papers
SANS Institute Survey: The State of Cloud Security
IDC Market Share: How the Network Is Used to Unmask the Adversary
Lessons Learned Investigating the SUNBURST Software Supply Chain Attack
5 Reasons to Protect your VPN with Multi-Factor Authentication
The 2021 Threat Hunting Report