The PC market continued its losing streak in the first quarter of 2016, as shipments declined for the sixth consecutive quarter, according to the latest numbers from Gartner and IDC. Lenovo and HP remained the market leaders.

Computer makers Lenovo and HP led a slowing global market for PCs in the first quarter of 2016, according to a pair of reports from IT research firms Gartner and IDC.

The Gartner report noted this was the sixth consecutive quarter of PC shipment declines, and the first time since 2007 that shipment volume fell below 65 million units. 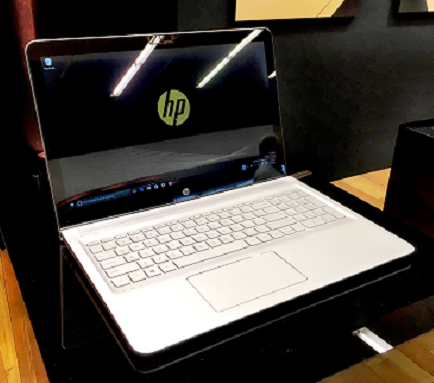 While Lenovo maintained its top global rank for the quarter, thanks to a strong performance in the US, the picture was less rosy outside the US, which helped bring total worldwide volume down 8.5% from a year ago, according to IDC.

Rival HP also saw a nearly 11% decline in shipment growth due to inventory issues in North America, as well as a persistently slow market for PCs in Latin America.

Third-place finisher Dell also saw a drop, albeit a less severe one at 2%.

While the IDC report had Apple landing in fourth place with a 7.4% marketshare, and Asus rounding out the top five with 7.2%, Gartner had the two companies' rankings transposed, with Asus grabbing 8.3% of the market and Apple with a 7.1% share.

"In the short term, the PC market must still grapple with limited consumer interest and competition from other infrastructure upgrades in the commercial market," Jay Chou, research manager for IDC Worldwide PC Tracker, wrote in the company's report. "Nevertheless, IDC still projects total business IT spending to grow compared to 2015, and as we head toward the end of 2016 things should start picking up in terms of Windows 10 pilots turning into actual PC purchases."

Based on the worldwide shipment numbers from Gartner, the ongoing fragile Chinese economy and weak global demand continued to dampen consumer sentiment in the Asia-Pacific region, where PC shipments fell 5.1% compared with the first quarter of 2015.

In Europe, consumer demand remained stable in Germany and the UK, but slipped in France as consumers moved to spend their money on transitioning to high definition TV, either through buying new televisions or converters.

"The deterioration of local currencies against the US dollar continued to play a major role in PC shipment declines," Mikako Kitagawa, principal analyst at Gartner, wrote in a statement. "Our early results also show there was an inventory buildup from holiday sales in the fourth quarter of 2015."

The IDC report concluded that weak consumer demand; volatility in stocks, commodities, and currencies; surplus inventory from the holiday season; and the fact that Windows 10 enterprise upgrades largely remained in pilot phase all affected shipments for the first quarter.

Nathan Eddy is a freelance writer for InformationWeek. He has written for Popular Mechanics, Sales & Marketing Management Magazine, FierceMarkets, and CRN, among others. In 2012 he made his first documentary film, The Absent Column. He currently lives in Berlin. View Full Bio
We welcome your comments on this topic on our social media channels, or [contact us directly] with questions about the site.
Comment  |
Email This  |
Print  |
RSS
More Insights
Webcasts
Unifying Your Endpoint Security Strategy
Using Cyber Underground & Blockchain Intel to Stop Cyber Attacks
More Webcasts
White Papers
The 7 Step Guide to Third Party Risk Management
The 2021 Small and Midsize Business Security Outcomes Study
More White Papers
Reports
State of the Intelligent Information Management Industry in 2021
A Practical Guide to Enabling 5G Deployments
More Reports

I"m surprised Acer is not listed in the top 4.  They've been acquiring PC companies across the globe.  Meanwhile Dell continues to offer underfeatured, overpriced, non-cutting edge products.  The Dell 14" XPS laptop is a start but still way over priced and under featured as having a bazelless display is not worth the bucks.
Reply  |  Post Message  |  Messages List  |  Start a Board
InformationWeek Is Getting an Upgrade!