In our previous story on the multi-screen workplace era, we ended by mentioning an expected pickup in desktop PC purchases by businesses this year. (Desktops! Really!) Let's dig into that trend -- plus five more that are remaking business PCs.

1. Desktops keep on truckin'
Even Techaisle, the firm that conducted the research for a new report on the use of endpoint devices in business environments, raised an eyebrow at this one: "In any survey, there are surprising findings -- and in this one, the enthusiasm shown for desktop PCs qualified as a surprise." A weighted 50% of respondents indicated desktop purchase plans this year. Midsized companies, with between 100 and 1,000 employees, are especially keen on desktop PCs, with nearly 90% upgrading this year. In companies with 500 or more employees they're buying in bulk, an average of 70-plus desktops apiece.

Tommy Tablet and Sally Smartphone might ask: But, why? Techaisle speculates on a few reasons. First, existing desktops are simply getting old, too old to pass the "good enough" test in some cases. Second, many businesses still see the desktop as the ideal content creation device.

Third, desktops, by their relatively bulky nature, are treated more rigidly as part of long-term budget and purchasing plans -- not unlike servers and other on-premises infrastructure -- and we're now hitting a natural upswing in the buying cycle. "Desktop acquisitions are more likely to appear in formal purchase plans than mobile units, and less likely to be acquired on an ad-hoc basis," the report reads.

2. Longer refresh cycles
Alas, it's not necessarily a gravy train for PC makers. Those refresh cycles are growing longer, especially for desktops, according to Techaisle analyst Anurag Agrawal. "[The PC], which is the basic and most important device for any business, has gone through innovation in terms of look, feel, and utility, and unless the performance really starts to affect employee productivity and experiences security vulnerabilities, businesses shy away from making huge capital investments," Agrawal said. "The new normal is a four-year refresh cycle in most countries.

That means a refresh cycle that is double, give or take, what might have been considered normal in the pre-mobile era.

3. "Good enough" computing: Long live XP!
As long as we're on the topic of wringing every last dollar out of those technology investments, let's consider the recently "retired" Windows XP. Plenty of businesses still use it. XP was, in a sense, far too successful for its own good, or at least Microsoft's own good. Some 43% of mid-market firms included in Techaisle's research, for example, said they'll use Windows XP for the foreseeable future, even though the OS hit its support cutoff in April. Agrawal said the arrival of XP ushered in the age of "good enough computing." As long as a PC was performing "good enough" for the average desk jockey to get her job done, there was simply no reason to upgrade, a new phenomenon at the time. 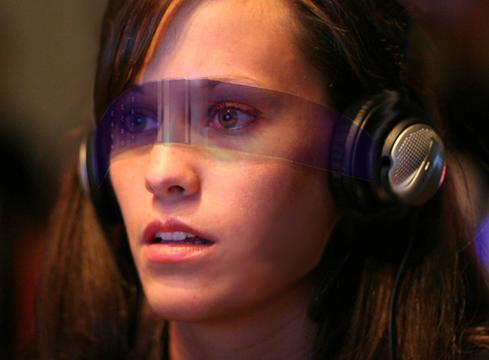 What will IT do when the PCs it needs to support
extend to wearables?
(Source: Wikipedia)

"Microsoft attempted to drive additional demand by introducing Vista, but in reality, most users found XP adequate for their needs and the needs of the software they were using -- and since most users require only a small fraction of the features included with any application, new releases of stalwarts like Microsoft Office failed to ignite any additional demand," Agrawal noted.

Windows 8.1 has yet to ignite that demand. Although many of the companies still running XP would like to get off it, they run into budget, time, application compatibility, and other problems, said Agrawal. And Windows 8.x hasn't done much to motivate them up the mountain -- three in four respondents said Windows 8.x was a non-factor in their upgrade strategies.

4. The Google factor
Although operating system and hardware fragmentation has been a fact of mobile life, it wasn't always so with the PC, "PC" being a term that typically referred to Windows-based machines running on Intel processors. And in businesses, the PC was the thing. Now, Macs increasingly appear in

@ Curits: You are right. But I guess, that productivity on older operating systems would be working for them with their current workforce only. Do you think that productivity level of their new joiners would be the if they are migrating from upgraded environments. I believe that upto some extent familiarity largely contributes to productivity, & I think it works here as well.
Reply  |  Post Message  |  Messages List  |  Start a Board


@ UberGoober: Well said. Regarding Office 2007 ribbon, I found that weird in the beginning too. But later I realized, that it was more user friendly than previous menu interface versions. I think many found that hard to accept as they were using the almost same interface for Office since more than a decade, 1995 or may be even earlier than that. I have similar observation for Windows 8 for individual users. I think it is just a matter of familiarity.

I wonder how often people would buy new smartphones if their wireless carrier didn't foot most of the hardware cost in exchange for a(nother) two-year service contract. Seems like "good enough" would take over really quick when you look at the full price tags on the higher end phones.
Reply  |  Post Message  |  Messages List  |  Start a Board

@UberGoober -- really well said. I never even bothered with Windows 8. 7 is fine. I wish my Palm Pilot still worked! My new computer has all the room it needs for bloatware. But I use almost nothing past the basics. It's amazing how difficult it is to still make the basic computer run, and how much you have to really know about conflicts, program removal, security, and the fact that MSFT wants to save everything in libraries I never use.
Reply  |  Post Message  |  Messages List  |  Start a Board

Somewhere just after the turn of the millenium, PCs got ahead of software demands for regular office use, around the 1GHz processor timeframe.  Then speeds tripled over a few years, and XP, which is was a pretty darned good OS, came along.  Vista would have increased demand for new hardware, but it was a pig in every sense, not just in hardware requirements, and people shunned it.  I think that miss, along with the general hatred for Office 2007 and the detestable Tool Ribbon, got people out of the habit of upgrading to get the latest stuff, and the old PCs worked just fine for most folks.

Now M$ keeps trying to find the mythical 'killer app,' while trying to force folks to buy into the Win8/WinPhone UI paradigm that everyone hates.  I'm somewhat encourged by their gradual return of the useful bits of the UI they ripped out, but for about 99.9% of the population, upgrading from Win7 buys essentially nothing and costs time, money, and pain.  Its  not worth it.

It only takes so much iron and OS to browse the web, look at email, and write memos.  A slow upgrade cycle is here to stay for the forseeable future.
Reply  |  Post Message  |  Messages List  |  Start a Board

The refresh cycle will never be the same again. But that's a PC maker challenge, not a customer challenge.
Reply  |  Post Message  |  Messages List  |  Start a Board

I had a "good enough" conversation just yesterday with my colleague in IT, where we discussed my 4-year-old MacBook Pro. It went something like this:

"Yeah. It makes very light tickety kind of noise, but it's doing what I need."

"OK. We'll upgrade to the highest OS we can, and keep you on it. Send it in for upgrade when you're on vacation this summer."
Reply  |  Post Message  |  Messages List  |  Start a Board

I keep running into companies and individuals that continue to be productive on a five-year-old desktop computer running Windows XP. It's not that they refuse to recognize that newer computers and operating systems are more powerful -- it's that the combination they have allows them to be as productive as they need to be in their PC time. The message that Microsoft and its hardware partners have yet to get across to thousands of businesses is that there's enough productivity to be gained to justify the expense of an upgrade. Until that happens, XP is going to remain a major player in business computing.
Reply  |  Post Message  |  Messages List  |  Start a Board
Editors' Choice
Hot Topics