Crowdfunded project would enable users to dual-boot Android on any Windows PC, as well as on any Windows tablet based on Intel processors. Will it fly?

"Imagine if your PC could run all the million-plus Android apps that your phone and tablet could."

It's a nice thought for Android devotees who also use Windows PCs. It's not a new thought, either, though it's far from an accessible reality for most users. Among other reasons, some of the intriguing hardware pre-engineered to run both operating systems -- such as the recently announced Asus Transformer V -- isn't available yet.

Console OS intends to change that, provided its developer, Mobile Media Ventures, can raise $50,000 from strangers on the Internet. The quote above is part of the group's pitch on its Kickstarter page, where it announced it has been working in stealth for the past 18 months on a forked version of Android that can -- eventually, anyway -- run on any Windows PC, concurrently if the user so chooses.

"Console OS is all about raising Android up to be your primary PC operating system," the developers say in their fundraising pitch.

[How soon will iPad apps run side by side? Read iPad Split-Screen Multitasking Revealed.]

If it pays off on its promises, Console OS would make it relatively easy and inexpensive for Windows and Android users to run both operating systems on a Windows PC. It can be installed on the internal hard drive or run from a USB drive, and you don't need to be an IT pro or Android root whiz to do so. Longer term, Mobile Media suggests the software would make it easier for hardware manufacturers to produce purpose-built, dual-boot systems running both OSes. The firm also said it will launch its own Android app store, as well as support imports of previously purchased Google Play apps -- the lack of which hurt previous dual Android-Windows efforts, in Mobile Media's view -- and Amazon Appstore for Android.

If it thrived in the wild, Console OS or something comparable would probably not help Microsoft's efforts to encourage mobile app development for the Windows 8.x market. Nor would the Windows team likely embrace the idea that Android deserves billing as "your primary PC operating system" on machines built to run Windows. 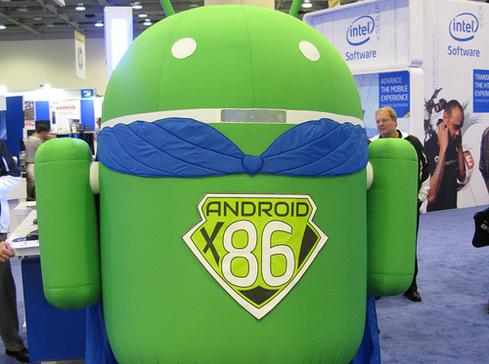 "Regardless of what you boot, we remain focused on ensuring that the best experience for device manufacturers, application developers, and consumers on any device is Windows," a Microsoft spokesperson says in an email to InformationWeek.

The Console OS Pro version, which $10 Kickstarter backers will get with free upgrades for life (instead of paying $20 per year), will "eventually facilitate switching instantaneously between native Windows and native Android, on your Intel-based tablet or PC," according to the Kickstarter campaign. It also will include the ability to run windowed Android apps, remote PC access from any Android device, and other features. (The non-Pro version can only run two apps side-by-side.) "Eventually" is the operative word there, hence the crowdfunding campaign. Console OS is not quite done yet, even if it sounds promising.

Although Console OS promises to work on any Windows PC, it's not a one-size-fits-all proposition. Mobile Media must build it one device at a time, "to make sure it works awesomely" on any given piece of hardware. It will do so based on demand, starting with input from Kickstarter backers. The firm acknowledged that OEM support also would be a factor. At launch, Console OS will run on 25 different Windows models, such as Dell's XPS line (11, 12, 13, and 15); Sony's VAIO Pro (11 and 13); Lenovo's Yoga 2, Yoga Pro 2, and ThinkPad X1 Carbon; Toshiba's Protege (R30 and Z30); and its own private-label hardware.

Mobile Media also said it will support all but one of Intel's Next Unit of Computing (NUC) models, plus devices running the chipmaker's Bay Trail Atom processors and "most" hybrid devices running on Intel that are expected to ship in 2014. The project is licensed by Intel but doesn't have any formal backing from Google or Microsoft. "We relied on Intel’s promise to work with disruptive startups -- and they made good on that commitment," the Console OS Kickstarter pitch reads.

You'll notice two big names absent from the list of supported hardware at launch: Apple's Mac lineup and Microsoft's Surface Pro. "We'll support them if we get enough backing to do so," the Kickstarter page reads.

Mobile Media said it plans to ship the first developer release within 30 days of a successful close of the Kickstarter campaign, which would put the timetable at some point in September. The project had raised more than $8,300 toward its $50,000 goal as of 5:00 p.m. ET on Thursday. The risks and challenges listed at the end of the Kickstarter page, though, followed a theme: Until it's a reality, it's not.

Although Android is technically open source, the Mobile Media team acknowledged Google could complicate matters for Console OS: "We hope that ecosystem players (here's looking at you, Google) embrace and support our innovation. We don't expect too much push back, but it is a potential risk when doing anything with Android," Mobile Media wrote. Other variables, such as a possible-if-improbable merger of Android and Chrome OS, could likewise influence the success of the endeavor.

Google had not responded to a request for comment by press time. We'll update the story in the comments below if we hear back from them post-publication.

Kevin Casey is a writer based in North Carolina who writes about technology for small and mid-size businesses. View Full Bio
We welcome your comments on this topic on our social media channels, or [contact us directly] with questions about the site.
Comment  |
Email This  |
Print  |
RSS
More Insights
Webcasts
Architecting Security for the Internet of Things
The Pesky Password Problem: Policies That Help You Gain the Upper Hand on the Bad Guys
More Webcasts
White Papers
Exclusive IT Trend Report: Chatbots
Your Security Team's Practical Guide to Implementing Automation
More White Papers
Reports
The ROI Of SD-WAN: Not Just A Numbers Game
SANS Report: Measuring and Improving Cyber Defense Using the MITRE ATT&CK Framework
More Reports

claims to have 5 years of experience....http://www.phonenews.com/editorial-console-os-birth-platform-27619/

problem there is no reference to any Project Full Circle by them in 2009...

Valve and SteamOS don't have a clue about them.....

MeeGo SF in 2011, shows no reference to any dev kit they introduce...

they've spent 5 years in "stealth mode" and have yet to deliver anything to consumers.....

there are many products today being delivered and available now that do the same thing...dual-boot with windows 8
and android......look it up

all should take the time to read this thread

You guys are right about Windows won't lose it grip at working PCs. But how about Gaming and Entertainment Centers ? Many families want that now. They can normally do serious stuff with windows. And when come to game and relax, they use Android. And it's not a takeover by Android anyway, kind of a coop.

@Laurianne...I don't think MS is that concerned with this. Android isn't going to take over the tablet market for PC users. MS missed the boat in phones and they are late in getting into tablets but you can do so much more on a windows tablet than you can on a android.
Reply  |  Post Message  |  Messages List  |  Start a Board


While I was reading this I thought that this was nothing new. I would think the way Bluestacks runs is better than just booting one OS or the other. I can't see windows not being the primary OS for a PC user. You simply can't do everything on Android that you can in windows.

I prefer a Bluestacks solution as well. What would be better if a Bluestacks approach combined with a VMWare Workstation Unity featre so that it really is a seamless experience. At least I want to use Windows AND Android apps, not Windows OR Android. Dual boot is so 90's!
Reply  |  Post Message  |  Messages List  |  Start a Board

Yep, Bluestacks is one of the existing options/alternatives. Some current Bluestacks users have chimed in with questions/interest on the ConsoleOS Kickstarter page. ConsoleOS includes them in a comparison chart on their website, too -- this is probably oversimplifying, but I think they're ultimately going to attract people who use more than a couple of Android apps.

Another postscript from two days worth of Kickstarter comments: quite a few requests to support Surface Pro. The Mobile Media folks responded: "There's no technical reason why we can't [support Surface Pro], but there is some silicon in there that will require additional effort... it's do-able, but we need to know a lot of people want it first."

This has already happened and it's called Bluestacks. Better still it's just a windows program so there is no dual boot and switching is a simple Alt-Tab. I've used it for some time now for the only two Android apps I play and have had no issues to date.
Reply  |  Post Message  |  Messages List  |  Start a Board

No this would not be good news for Microsoft's mobile push. I bet the idea intrigues many of you tablet users, however.
Reply  |  Post Message  |  Messages List  |  Start a Board
Editors' Choice
Hot Topics