IT Infrastructure Trends: 5 Worth Watching - InformationWeek

Any infrastructure projects that can either cut costs or improve data protection should be tops on your list. Here, we look at five infrastructure trends that will help CIOs determine the best places to invest their budget dollars wisely in the next 12 months.

IT budgets are expected to remain about the same in 2016 as they were last year. For most CIOs, that means figuring out how to squeeze the most out of your spend.

Fortunately, there are plenty of infrastructure technologies that can be justified from a spending perspective. There are likely several projects that can be taken on that either aid in creating new value -- or help to significantly reduce costs.

Alongside infrastructure, data security is another key theme this year. A great deal of money was poured into cloud security in 2015. This year, expect much of that spend to be focused in-house in updating aging security tools that desperately need a refresh.

Here, we look at five infrastructure trends that will help CIOs determine the best places to invest their budget dollars wisely in the next 12 months.

The hyperconvergence trend started making a significant impact on enterprise IT toward the first half of 2015. IT's interest in converging virtualized servers, storage, and networking using software is likely to continue well into 2016. These technologies can significantly simplify data center provisioning and maintenance tasks. The outcome reduces long-term costs.

Your users are finally tech savvy enough to understand the benefits of collaboration products. Tech vendors have finally come up with a seamless suite of collaboration tools to make you more productive. Voice, HD video, chat, and document sharing can now be performed in the conference room, at a cubicle, or even from a smart device while sitting on your sofa. Enterprise collaboration can be a major cost-saving project if properly marketed to end-users.

In a few short years, WiFi has become the preferred end device connection method for many enterprise organizations. In fact, it's gotten so popular lately that it's beginning to bog down company WiFi deployments that may only be a few years old. The cause of the problem is threefold. 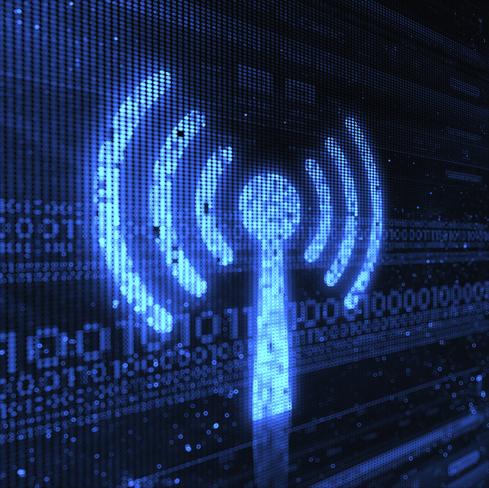 First, WiFi deployments were often designed to focus more on wireless coverage than capacity. With the bring your own device movement becoming mainstream in the enterprise, wireless access points must be placed much closer together to account for the significantly increased number of devices trying to connect.

Second, along those same lines, the latest 802.11ac access points can offer much more bandwidth to the increased number of users connecting than the earlier standards could achieve.

Third, many WiFi architectures must be redesigned to eliminate bottlenecks when wireless data is backhauled to a centralized wireless controller. Newer architectures forego the need to backhaul data, eliminating potential wireless data bottlenecks. For those of you with 802.11n networks struggling to support an ever-growing number of devices, recently released 802.11ac Wave 2 hardware can finally achieve a positive ROI in 2016.

If your organization hasn't yet implemented a next-generation firewall solution at the perimeter and at key chokepoints internally, you truly are falling behind as market growth in the NGFW segment is predicted to be strong the next few years. The tight interaction between traditional firewall rules, Intrusion Prevention System (IPS) signatures, deep packet inspection, application awareness, and global threat intelligence creates a far more secure network edge compared to traditional security architectures. The ability to quickly detect and implement automated security response mechanisms will be a high priority this year.

The concept of network access control (NAC) has been around for quite a while. The problem was that NAC tools were difficult to implement and didn't cover 100% of users. But convergence of security tools and mobile device management (MDM) has gotten to the point where all wired, wireless, and remote users can be identified, monitored, and permitted to access specific network resources. These technologies are now being referred to collectively as Identity and Access Management (IAM) – an IT segment expected to see strong growth over the next few years.

Obviously, there are plenty of other worthwhile technologies CIOs should be looking at this year, depending on specific goals. In general, any infrastructure projects that can either cut costs or improve data protection should be tops on your list. While all five of the technologies we've pointed out might not be on your 2016 wish list, they at least deserve serious consideration.

What's your budget like this year? Are you considering deploying any of these infrastructure solutions? Are there others you feel are crucial to your success we've overlooked? Tell us all about it in the comments section.

Andrew has well over a decade of enterprise networking under his belt through his consulting practice, which specializes in enterprise network architectures and datacenter build-outs and prior experience at organizations such as State Farm Insurance, United Airlines and the ... View Full Bio
We welcome your comments on this topic on our social media channels, or [contact us directly] with questions about the site.
Comment  |
Email This  |
Print  |
RSS
More Insights
Webcasts
Monitoring Critical Cloud Workloads
4 Practical Tips for Building a Data Lake
More Webcasts
White Papers
VPN Risk Report
Cloud Security Blueprint: Architectures and Solutions
More White Papers
Reports
The State of Cybersecurity Incident Response
Dark Reading Report: Battle for the Endpoint
More Reports