How Long Will DevOps Remain in Demand? - InformationWeek

Don't expect DevOps to go away, although the name and the associated job titles might need some tweaks.

Let’s be honest; DevOps emerged as a buzzword. But now, it looks like a legitimate course for infrastructural development. The percentage of businesses investing in DevOps rose from an already-impressive 66 percent in 2015 to 74 percent in 2016, and tools like Chef, Puppet, and Docker are home to massive user bases. Demand for skilled DevOps engineers is also rising, but with the volatile nature of technology and infrastructural trends, you have to wonder -- how long will this high (and increasing) demand last?

The current state of DevOps

DevOps is currently in high demand, with no signs of slowing down. According to the 2015 State of DevOps Report, organizations using DevOps practices could deploy code up to 30 times more frequently than their competitors. While that doesn’t correlate to a direct increase in productivity or amount of code pushed, it significantly reduces downtime and allows for more aggressive deadlines. Additionally, DevOps code pushes are up to 50 percent less likely to fail.

It’s little wonder, then, that businesses are scrambling to invest more heavily in DevOps talent. According to GlassDoor, the average salary for a DevOps engineer is a juicy $100,000 per year. Yet even that isn’t enough to keep DevOps positions filled. According to a 2016 study by Indeed, DevOps engineers are the single hardest position for IT teams to keep filled.

Clearly, companies are interested in DevOps, and it seems unlikely that the trend will reverse itself anytime soon. In terms of job demand, the market is usually oversaturated, followed by a fall in salary averages, before a full decline in demand takes place.

The 'evergreen' perks of DevOps

If you could reduce the goals of DevOps to one singular purpose, it would be automation, and automation isn’t going away. Every role in every industry is going to face some kind of automation in the next several years, with some even projecting the potential for an entirely jobless future.

Until then, someone needs to be available to help organizations transition their infrastructure to support more automation, and supervise that automation so it continues going as expected. DevOps will continue to grow in demand as:

·         More consumers and businesses rely on cloud software. Spending on both private and public clouds has increased significantly, year over year, since their emergence, and those figures are expected to continue growing well into 2026. Cloud-hosted software requires fast, responsive deployments to keep up with consumer and business needs without interrupting service, so as user adoption of the cloud continues to rise, DevOps demand will likely rise with it.

·         Businesses strive for higher efficiency. DevOps implementation has provable, impressive results. With new automated standards, tech teams can deploy code faster than ever before, and with fewer errors. If adding a single position to the company can improve productivity by double-digit figures, what company wouldn’t jump at the opportunity?

Accordingly, DevOps is likely to remain in high demand for the next decade—at a minimum.

As I mentioned earlier, “DevOps” emerged as a buzzword, and accordingly, many organizations -- even proponents of DevOps methodologies -- still aren’t sure what DevOps engineers actually do. Some professionals in the industry have even suggested we abandon the term altogether, focusing on the actual responsibilities of a DevOps engineer rather than slapping an overly generic label on it. Something like “deployment automation engineer” covers those responsibilities more thoroughly and accurately, though in a less sexy way. 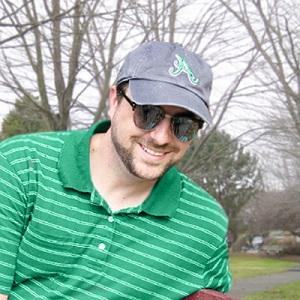 Accordingly, the fundamental responsibilities and philosophies of DevOps may remain relevant, but the nomenclature we ascribe to them may change. In fact, DevOps engineers may disappear in favor of instituting DevOps training for other roles.

The core goals and philosophies of DevOps are likely to remain not only relevant, but in high demand for at least the next decade (if not longer). However, don’t be surprised if the way we talk about DevOps and implement it in our organizations begins to change. The buzzy term “DevOps” will likely give way to more descriptive responsibilities, such as “deployment automation supervision,” assigned to non-specific individuals within an organization.

Larry Alton is an independent business consultant specializing in tech, social media trends, business, and entrepreneurship. Follow him on Twitter and LinkedIn.

The InformationWeek community brings together IT practitioners and industry experts with IT advice, education, and opinions. We strive to highlight technology executives and subject matter experts and use their knowledge and experiences to help our audience of IT ... View Full Bio
We welcome your comments on this topic on our social media channels, or [contact us directly] with questions about the site.
Comment  |
Email This  |
Print  |
RSS
More Insights
Webcasts
Nip Ransomware in the FUD: Detecting Attacks Pre-Encryption
Don't Miss This Cybersecurity Virtual Event
More Webcasts
White Papers
How to Build Your Incident Response Plan
iPaaS Intrigue: A Faster Path to Digital Transformation
More White Papers
Reports
Key Strategies for Managing New Risks in Cybersecurity
The State of Threat Detection and Response
More Reports