Regulatory changes brought about by the Affordable Care Act prompted Fallon Health Plans to decide it needed a flexible framework for automating its business process management.

The Affordable Care Act prompted Fallon Community Health Plan to rethink how it handles the automation of business processes.

Frank Barresi, CIO of Fallon Community Health Plan, said the organization had been flirting with adopting Business Process Management technology since before he arrived in the job, about a year ago, "but it was never quite a priority" -- not until deadlines loomed for implementing new requirements for online integration between health insurance companies and government portals for consumers seeking coverage. As a Massachusetts-based insurer, Fallon had been dealing with Romneycare before there was Obamacare -- former Massachusetts Gov. Mitt Romney famously championed a 2006 healthcare reform law in his state before, as a presidential candidate, championing repeal of Obama's version.

So mandatory health insurance was not a new thing in Massachusetts, but the federal law was layering on new requirements. Now the integration with the Massachusetts Health Connector website was going to have to be real time, rather than batch. Regulators had defined the specific data formats for XML documents Fallon's systems would need to be able to send and receive to make its plans available on the state exchange, which now needed to implement federal requirements on top of the state's own.

"That got us thinking about what new capabilities were going to be required of us to comply both with the national and state regulations," Barresi said. "We already knew some legacy applications would need to be replaced, and that was just the beginning of other capabilities we knew we would need." In parallel with the integration with the state portal, Fallon also created a portal for insurance brokers providing them access to the same products.

Fallon had been talking on and off with Pegasystems, a business process management software company with healthcare and health insurance as a couple of the major industries it serves, and decided it was time to buy. BPM is an advanced form of workflow software that orchestrates automated process as well as the flow of work between people and organizations. In Gartner's 2012 Magic Quadrant report on "intelligent" BPM software, Pegasystems got top marks but was also identified as a vendor that charges a premium based on the quality of its product. 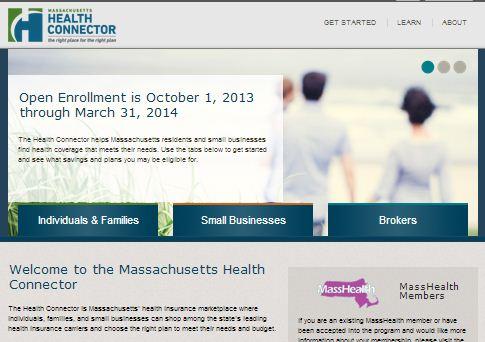 One valuable aspect of BPM technology is the ability to redesign processes without the need to rewrite software code. For Fallon, that meant the ability to implement new automated processes while retaining the flexibility to change them fairly easily when laws and regulations change again, Barresi said.

With help from Cognizant, a Pegasystems implementation partner, Fallon was able to "define, develop, and test as you go" according to an agile development methodology, getting the product done faster and with better bug fixing along the way, Barresi said. "We were the first ones to actually go live in the state for this, and the state gave us pretty good marks for it. We were the first ones to have our 2014 rates on the exchange, and we were in compliance for everything we needed on October 1." Oct. 1 was launch day for healthcare insurance exchanges across the country.

Elizabeth Hart, the healthcare industry principal for Pegasystems, said the vendor provided industry-specific modules as starting points. "They put their own benefits into that product, their own rates into the system, so there was additional work for them to do -- it wasn't just plug it in and start it up," she said.

The developers were also able to innovate, combining two of the healthcare-specific modules Pegasystems provides as starting points -- Product Composer System and Group Sales Process Manager -- in a way that hadn't been done before, Barresi said. In that sense, Fallon acted more like a partner with Pegasystems, providing subject matter expertise on how the technology could be used even more effectively in the context of its industry.

"The most challenging aspect of the whole program, in which Pega was a component, was really the collaboration and the definition of what was needed for day one, given the timeframes we were under," Barresi said. A linear waterfall approach of defining requirements before progressing to designing, implementing, and testing the system would not work in these circumstances, so the iterative, agile approach was necessary, he said.

Part of that was holding daily "stand-up" meetings between IT and its business partners to review the progress of the working code and address refinements and change requests, Barresi said. "Given the separate integration partner, the development onshore and off, and a date that can't move, there were a lot of things that could submarine this. So the way this came out was a real feather in our cap."

Follow David F. Carr on Twitter @davidfcarr or Google+. He is the author of Social Collaboration For Dummies (October 2013).

We welcome your comments on this topic on our social media channels, or [contact us directly] with questions about the site.
Comment  |
Email This  |
Print  |
RSS
More Insights
Webcasts
Detecting and Preventing Insider Data Leaks
People Are The Most Important Part of Autonomous SOC
More Webcasts
White Papers
Why Add Security to Your Skill Set and How to Do It
Are We Cyber-Resilient? The Key Question Every Organization Must Answer
More White Papers
Reports
The Malware Threat Landscape
The State of Cloud Computing - Fall 2020
More Reports

15 years ago document imaging, document management, and workflow started sounding too old as far as technology titles were concerned, so the vendor community rebranded it all as Enterprise Content Management (ECM) and Business Process Management (BPM). Yes, some new nuances came about with the new generation. BPM, for example, benefited from SOA (remember that?) and the orchestration of services into "end-to-end business processes."

ECM and BPM kind of fell flat as terms go, so these days many BPM technology providers -- Pegasystems among them -- sell what sound more like applications or rapid application-development capabilities. I'm guessing end users might not know that BPM technology is inside those automated new apps that were just deployed. Maybe some are coming across this term for the first time and think it's something really new?

The bottom line is that BPM -- or automation or whatever you want to call it -- is excellent, proven technology, capable of speeding business processes and taking human intervention out of the picture for all but the rare exception transactions.
Reply  |  Post Message  |  Messages List  |  Start a Board

Curious to know how other health plans are addressing the need for process changes. Would be good to hear from some who already had BPM type tech in place - did that simplify things?

Are there parallels from other industries?