Brought in as a midseason replacement after the disastrous October 2013 launch of the Affordable Care Act website, Accenture says this year's open enrollment period should go much more smoothly.

The Nov. 15 start of open enrollment at HealthCare.gov ought to be a much happier day than was Oct. 1, 2013, when the website launched and immediately crashed, for months afterwards proving unreliable and user-unfriendly to the consumers (and voters) who were supposed to be helped by the Affordable Care Act.

Not only is the site now much more reliable and easier to use, but it will be returning with 33% more insurance plans offered, providing much better consumer choice, according to Accenture, which provided a preview briefing for a handful of media outlets. "We believe we have a clear path to be successful," said David Moskovitz, chief executive of Accenture Federal Services.

Accenture took over the management of the HealthCare.gov website and back-end systems in January, under contract with the Centers for Medicare and Medicaid Service, the division of the US Department of Health and Human Services that is overseeing the implementation of the ACA.

Most of the bragging rights for turning around HealthCare.gov, which wound up working fairly well by early 2014, went to a tiger team of Silicon Valley technologists who reengineered the system on the fly, making it function more like an e-commerce website. The White House later tried to institutionalize the lessons learned with the formation of the US Digital Service under the leadership of HealthCare.gov project leader Mikey Dickerson. Accenture came into the picture after that crisis management exercise was over, taking charge of the day-to-day management of the online systems from CGI Federal, the original contractor.

Dickerson and his cohorts "came into this in October/November [2013] and made a lot of progress," said Matt Tait, the Accenture managing director and project manager. "Our job was to continue the journey." 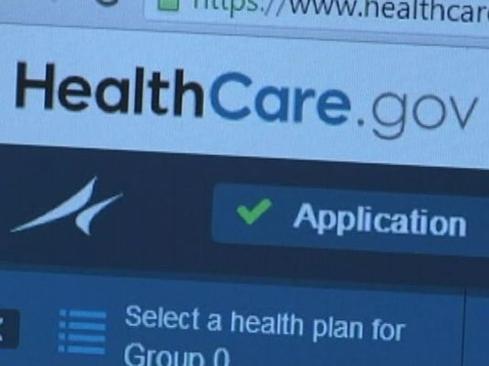 Moskovitz said Accenture still faced a steep challenge when it began work and was charged with taking over the massive project in the middle of the critical open enrollment period. That meant pulling in hundreds of Accenture's best people and getting them up and running on the project in the space of a few weeks. Only a very few CGI staff members who had been working on the systems were retained in their roles under Accenture's management.

The company had to think twice about taking on the project at all, Moskovitz said, but ultimately thought it had both the healthcare and big government project experience to make it successful. Accenture has also been involved with some of the more successful state-based health insurance exchanges, such as the one in California.

Some recent milestones: Accenture promised it would have systems ready for insurers to test on Oct. 7 and made that date. Accenture also launched an early access version of the SHOP exchange -- the Small Business Health Options Program marketplace -- and says it is on schedule to make it generally available on Nov. 15. This is an expansion of the services offered through HealthCare.gov, assisting small businesses with plan selection in the states served by the federal website. Some states have already introduced their own SHOP exchanges.

Of course, if anything goes wrong with the program on Nov. 15, you can expect to hear a chorus of "here we go again" groans from the media.

Moskovitz said there are always risks in such a big project. "It's our job to help our clients manage those sorts of risks. The question is how do you prepare for them, and how do you manage them when they occur?"

Tait said he won't lose any sleep over what might happen on opening day. "I'm in the Navy, so I always sleep well. We will be ready. I'm sure there will be challenges, whether it is on Day One or Day 30. But I'm confident and hopeful."

David F. Carr oversees InformationWeek's coverage of government and healthcare IT. He previously led coverage of social business and education technologies and continues to contribute in those areas. He is the editor of Social Collaboration for Dummies (Wiley, Oct. 2013) and ... View Full Bio
We welcome your comments on this topic on our social media channels, or [contact us directly] with questions about the site.
Comment  |
Email This  |
Print  |
RSS
More Insights
Webcasts
Disaster Recovery/Business Continuity in the New Normal
4 Practical Tips for Building a Data Lake
More Webcasts
White Papers
Why Energy Management is Critical to 5G Success
Bandura Threat Intel Integrations Infographic
More White Papers
Reports
A Decade of Passive DNS
The Infoblox Q4 2020 Cyberthreat Intelligence Report
More Reports

Interesting that Accenture debated whether to take on this job. Having written extensively about the indirect channel, a common source of advice among channel execs is to pick clients wisely; you will not please everyone, not all contracts are feasible, and throwing valuable resources at poorly picked contracts means your regular and/or good clients suffer. Who else did the government consider for this second go-round, and do you know whether any system integrators turned down the gig?
Reply  |  Post Message  |  Messages List  |  Start a Board
InformationWeek Is Getting an Upgrade!