Nearly a year after its launch, HealthCare.gov has its first-ever CEO.

On Tuesday, the Department of Health and Human Services and the Centers for Medicare and Medicaid Services (CMS) announced Kevin Counihan as Marketplace CEO of HealthCare.gov, the federal healthcare marketplace.

Counihan will run HealthCare.gov operations, manage relationships with state exchanges, and run the regulatory Center for Consumer Information and Insurance Oversight, according to a press release. He will report to CMS Administrator Marilyn Tavenner.

Previously, Counihan served as CEO of Connecticut's health exchange, arguably the most successful of the state healthcare exchanges created by the passage of the Affordable Care Act in 2010. As the release about his appointment points out: "Connecticut was the first state to surpass the goal for Affordable Care Act enrollees, and since 2012, the state's uninsured rate has been cut nearly in half -- from 7.9 percent to 4.0 percent."

Maryland is planning to use Connecticut's technology for the upcoming enrollment period, and several other states have contacted the state about using its platform.

[Would a national database be healthy for us? Read National Health Database: Good Medicine Or Privacy Nightmare?]

"Kevin is a great fit," Joel S. Ario told InformationWeek in a phone interview. Now a managing director at Manatt Health Solutions, an interdisciplinary policy and business advisory division of the law and consulting firm Manatt, Phelps & Phillips, LLP, Ario was the first director of the Office of Health Insurance Exchanges at the US Department of Health & Human Services, serving in 2010 and 2011.

Noting Counihan's experience in Connecticut and as a health insurance executive before that, Ario said Counihan "knows how to market insurance over the web." 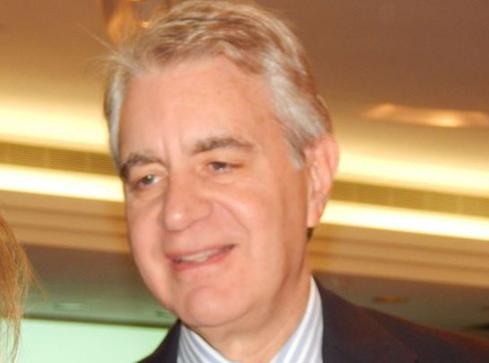 Marketing HealthCare.gov might be the least of Counihan's worries. Though the federal exchange has seemingly overcome the many technical snafus that plagued its launch last October, the second round of enrollments, starting Nov. 15, could stress the system.

"November will be rocky," Ario predicted. "It's a really daunting task to bring on another 6 or 8 million" people while retaining and renewing those already enrolled. Collectively, more than 8 million people have signed up through the state marketplaces and the federal site since their inception, according to the Obama administration's April tally.

While shepherding the next ACA open enrollment period, Counihan will need to work closely with the states operating their own healthcare marketplaces, a few of which have had their own technology crises. Cover Oregon, for example, said in April that it would shut down and send state residents instead to the federal HealthCare.gov site. Cover Oregon cited costs, including the expense of fixing the site before the next open-enrollment period in November, as among the reasons for the decision. That flop also precipitated Oregon's lawsuit against the contractor and software provider Oracle and a parallel lawsuit by Oracle against Oregon.

Along with consumers and states, the new HealthCare.gov CEO will need to work with commercial insurance companies, more of whom are involved than during the first open enrollment.

Meanwhile, CMS has yet to announce who will become HealthCare.gov's chief technology officer, reporting to CEO Counihan. The CTO position was announced in June.

The release about Counihan's appointment also disclosed that Tim Hughey of Accenture, the federal Marketplace system developer and maintainer, will continue to provide technology support to CMS throughout the next open enrollment. "He will focus on technology issues in the areas of systems architecture, tools, security, and networks across all contractors involved in the federal Marketplace," the release said.

Ellis Booker has held senior editorial posts at a number of A-list IT publications, including UBM's InternetWeek, Mecklermedia's Web Week, and IDG's Computerworld. At Computerworld, he led Internet and electronic commerce coverage in the early days of the web and was ... View Full Bio
We welcome your comments on this topic on our social media channels, or [contact us directly] with questions about the site.
Comment  |
Email This  |
Print  |
RSS
More Insights
Webcasts
Key technology trends in 2021 - Making these technologies work for your business
Nip Ransomware in the FUD: Detecting Attacks Pre-Encryption
More Webcasts
White Papers
Why Add Security to Your Skill Set and How to Do It
451 Cloud Confidence Report
More White Papers
Reports
The State of Threat Detection and Response
The Malware Threat Landscape
More Reports

I am curious to get Jonathan Feldman's take on this issue. There's a lot more to being a gov IT leader than being a "lifer bureaucrat," of course.
Reply  |  Post Message  |  Messages List  |  Start a Board

Laurianne, that is a misconception. Surely, you can hire someone from outside government to come up with the strategy and how best to implement it, then lean on a lifer bureaucrat to get it through the maze.
Reply  |  Post Message  |  Messages List  |  Start a Board

Someone without any government IT background? That seems unlikely here. Navigating agency politics is a particular skill. That doesn't mean you can't be an entrpreneurial person...
Reply  |  Post Message  |  Messages List  |  Start a Board

Just read this morning that at least 310,000 HealthCare.gov users risk losing their coverage because of yet another glitch in the website. Apparently they have to resubmit (often for yet another time) proof of citizenship or immigration status because the site keeps losing their documentation, many publications reported. CMS sent letters to 310K people, ordering them to send the documentation by Sept. 5 -- but agents and navigators say many of these folk already supplied the required info. And many who are trying to resend it, cannot get the system to accept the paperwork -- putting users' insurance at risk.

Many can't even access their accounts because their passwords were changed in April after a security threat. Yet another debacle and it isn't even the November enrollment period yet. Sigh.
Reply  |  Post Message  |  Messages List  |  Start a Board

So after spending 1.7 billion dollars on the web site which is a ridiculous amount of money for a limited function tool.  I wonder what the C-Suite compensation package will be and will it feature diversity?  Maybe they can bring in Lois Lerner to round it all out.
Reply  |  Post Message  |  Messages List  |  Start a Board

And while they are filling that CTO position fast, perhaps they need to also hire from outside. Someone NOT in government. Instead, someone who can bring the latest understanding from the for-profit world to bear in public service.
Reply  |  Post Message  |  Messages List  |  Start a Board

It's struck me as odd for a long time that HealthCare.gov didn't have its own c-suite and management team separate from HHS, given its importance to Obama and his administration. The government should find a CTO really fast and give that CTO the full platter of responsibilities and authority to ensure the site has fewer problems this enrollment period. People still have lots of questions and skeptics aren't appeased; any big technology snafus aren't going to sit well. Counihan sounds like one of the few people able to handle this job!
Reply  |  Post Message  |  Messages List  |  Start a Board
Editors' Choice
Hot Topics