Health IT Interoperability Up To Market, Say Feds - InformationWeek

Jason Task Force co-chairs say government should exercise its regulatory powers only to guide process along.

The co-chairs of the federal Health IT Policy Committee's Jason Task Force (JTF) are advocating a mix of mostly market-led initiatives and some government action to spur adoption of open standards for electronic health information sharing in the US.

In comments to InformationWeek on Monday, David McCallie and Micky Tripathi of the JTF both recommended an approach where healthcare providers and vendors of healthcare systems take the lead in addressing technology interoperability issues, with the government intervening where necessary.

The Jason Task Force, an ad-hoc working group of the Health IT Policy Committee, was established to review the findings of a federally commissioned study conducted last year on the requirements for an electronic health data infrastructure in the US.

McCallie, director of the Cerner Medical Informatics Institute, and Tripathi, president of the Massachusetts eHealth Collaborative, released a set of recommendations last week for the healthcare industry based on their review of that study. 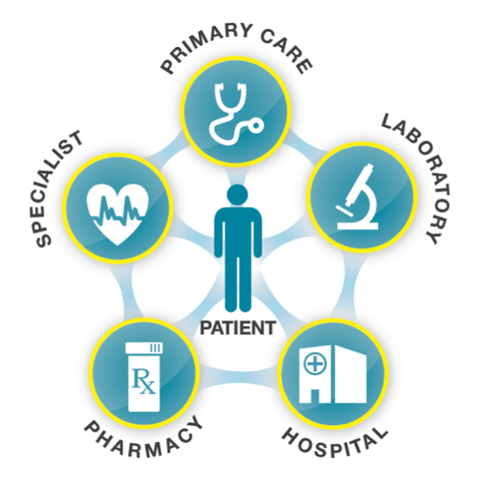 One of their biggest recommendations is the immediate need within the health industry for standard, public application programming interfaces that allow disparate health systems to speak with one another. Such APIs are critical to enabling the interoperability required for electronic health information exchanges.

"We believe that a standards-based API, combined with appropriate incentives to encourage vendors to implement the API and providers to enable access to their data via the API has potential to move interoperability forward dramatically," McCallie said in emailed comments.

Because healthcare is such a large and complex industry, many stakeholders will need to come together to figure out a way to develop and adopt a public API, he said.

"The JTF called for a mixed approach that leverages market forces, but uses government 'levers,' such as certification, to help ensure that the market works effectively," McCallie said. Better measurements of actual interoperability and greater transparency around those measurements will help foster adoption.

The JTF's calls for a public API and industry collaboration come amid growing concerns about technology interoperability issues bogging down efforts to build an infrastructure for electronically sharing patient medical data in the US.

This month, the Office of the National Coordinator for Health Information Technology (ONC) released a report to Congress warning of the current lack of standards for Electronic Health Records (EHR) systems. Interoperability issues are "a major impediment to the unencumbered exchange of health information and the development of a robust health data infrastructure," the ONC said in calling for standard approaches for health information sharing.

Tripathi said a public interface that allows healthcare applications and systems to talk securely with one another is critical. Any public API developed for the healthcare industry should enable data and document-level access to clinical and financial systems while ensuring adequate security and privacy protections.

It is not yet clear who exactly should take the lead in developing a public API for the healthcare industry. But the bias is toward the market taking a greater share of the responsibility, Tripathi said. Vendors and healthcare providers are in a better position to identify gaps and functional requirements for interoperability and therefore should be encouraged to find a way to address them, he said.

The ONC and the Centers for Medicare & Medicaid Services (CMS) should immediately contract with a standards development organization or an active industry consortium to accelerate development of initial APIs focused on high-value use cases to get the ball rolling, he said.

The government's role should also be to guide the process along and to implement nonregulatory measures to catalyze adoption of the APIs, Tripathi said.

Similarly, McCallie said, the government could encourage vendors to implement the public API in their products by implementing a certification process.

"Once a public API certification test is available, various government incentive programs can then add the public API to their set of required certification," McCallie said. "Vendors will see the value of becoming certified for the public API and will react accordingly. We believe that this is an appropriate way to leverage the government's regulatory power."

Jai Vijayan is a seasoned technology reporter with over 20 years of experience in IT trade journalism. He was most recently a Senior Editor at Computerworld, where he covered information security and data privacy issues for the publication. Over the course of his 20-year ... View Full Bio
We welcome your comments on this topic on our social media channels, or [contact us directly] with questions about the site.
Comment  |
Email This  |
Print  |
RSS
More Insights
Webcasts
Hybrid Cloud: The Great Balancing Act
Nip Ransomware in the FUD: Detecting Attacks Pre-Encryption
More Webcasts
White Papers
Why Add Security to Your Skill Set and How to Do It
How Secure Are Your Endpoints?
More White Papers
Reports
Are Unprotected Cloud Databases Leaking Your Data?
DNS Network Traffic Volumes During the 2020 Pandemic
More Reports

I'm sorry, you're right, I didn't see that at first. One of the copy editors inserted that erroneously. (removing that reference now)
Reply  |  Post Message  |  Messages List  |  Start a Board

The third paragraph (from which my quote came) mixes the two together.
Reply  |  Post Message  |  Messages List  |  Start a Board

Correct, the story refers to JASON the advisory board not JSON the data exchange format.
Reply  |  Post Message  |  Messages List  |  Start a Board

Um, that's JSON ... in this context, JASON is the government-backed advisory group run out of MITRE, who produced the report to which this task force responded.
Reply  |  Post Message  |  Messages List  |  Start a Board

Bascially what the ONC has on their shopping list is pretty much covered by the Zoeticx platform using a Clarity Server.  It' interops on the fly and records never physically leave their domain and only combine on a great user interface as seen at both ends.  They have a 3-6 year tineline for the ONC to view for consideration.


EMRs already have their HL7 and soon FHIR capabilities so to interop records and require no use of an HIE, which some have gone out of business, the interoperation is complete, live when you need it and dead when done and works on Iphone and Ipad and is EMR agnostics.  All that's needed is the API written to connect to the gateway.  Its in the Allscripts store too if you want to look.  This will save millions if not billions.  It's new engineering.

Here's another link with Dr. Volz speaking of how it works with actionable screens built for doctors with clinical data.  Even the DOD and VA could use this.

Security is great too as you don't require a constant connection to and HIE if records have been synchronized.  If you don't know how HIEs operate, good vides explain here on what happens to your records.  Best I have seen done. 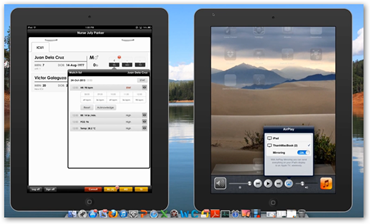 Quick view of UI, videos at posts do a better job showing. 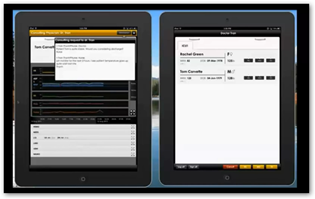