Quantified Self Should Be About Health, Not Ego - InformationWeek

50%
Tweet
Silicon Valley is obsessed with data collection, including personal data. But for health and fitness monitoring technologies, the real goal must be meaningful health results.

"Quantified Self" is a perfectly valid term to use when talking to Silicon Valley techies, particularly those who are obsessive about data collection and their own self-importance.

But for normal people?

Last week, I was moderating a panel discussion on "Quantified Self and Consumer Engagement" at the MediFuture conference when other speakers revealed their distaste for the buzzword embedded in the title. Christine Lemke, co-founder and head of product for a startup called The Activity Exchange, was explaining her firm's goals of integrating data feeds from multiple health and fitness monitoring gadgets and apps and turning them into useful information. She was joined by her marquee customer, Elizabeth Bierbower, President of the Group Segment at Humana, which is incorporating the service into its health and wellness programs.

The point of their partnership is not just to monitor but to encourage and reinforce healthy behaviors, turning them into lifelong habits.

Lemke kept her introduction blessedly buzzword-free, but then I went and ruined it by asking about quantified self, a term for the potential of self-monitoring with wearable computers said to have been coined by Wired Magazine editors Gary Wolf and Kevin Kelly. I wanted to know: What does that term mean to you and how useful is it?

"That term 'quantified self' is attached to a bunch of things like you live in Silicon Valley and you're obsessed about all these things -- so it's becoming a less and less useful term," she said. "And I don't think your average 'normal' person, as we call them in marketing, cares about it that much."

In another part of the conference, I heard similar ridicule for Internet of Things, another popular buzzword in the industry and the press (mea culpa) at a presentation from Jawbone, the maker of the Jawbone Up activity monitor. The hype is all about every gadget in the world becoming connected, so that now your watch can talk to your thermostat and your pacemaker can chat up your television set. If it's all about "things connecting with things," it's ultimately meaningless, argued Andrew Rosenthal, group manager for Jawbone's wellness platform. However interesting IoT is as technology, it only becomes meaningful when it connects back to people, he said.

Perhaps that's overstated to the extent that devices communicating with each other might function better together. But in a health and wellness context we want the payoff to be a more personal benefit of how they work together. 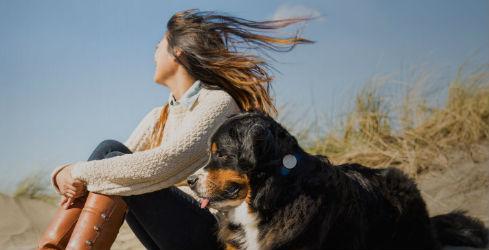 Lemke cited Jawbone's partnership with Whistle, maker of a pet activity monitor, as an example of a productive combination, one that not only generates data but makes an emotional connection. "Knowing that my dog, who I love, isn't walking enough activates me to walk, too," she said. "So quantified self doesn't mean it's just about me -- it's about all the things around me."

"What we're trying to do is figure out how do we take advantage of all the technology that is out there, all the data that's out there," Humana's Bierbower said, with the goal of discovering what she calls "moments of influence."

Those are moments "when we can deliver the right information at the right time, through the right intervention," she said. For example, instead of sending out an annual email reminding people to get a flu shot, she would like to deliver that reminder in the moment when a member of the health plan walks into a CVS where flu shots are available.

By the way, Lemke disputes the "popular notion that everybody drops their Fitbit after a short period of time," saying that among the population her firm monitors, the average history for wearing a Fitbit or other activity monitor is 270 days, "which is more than enough time to either have a baby or form a lifelong habit." Of course, as early adopters of the service, those folks may well be Silicon Valley obsessives. Or maybe The Activity Exchange is doing something right, reinforcing a good habit. Either way, it does show that sticking with the program is possible.

"This is why I love data -- the data tells a slightly different story," Lemke added.

Bierbower said it's important to establish that activity monitors aren't just for techies, or for the ultra-fit. "It's just like when people hear the words 'quantified self' -- when people hear that, that's a really big word, that must not be for me."

Device manufacturers still have some work to do making these devices stylish and simple, she said.

For activity monitors to make a difference, "it has to be something that fits into my daily life," Bierbower said.

For a little more about what I learned at MediFuture, see the video below, courtesy of GuideWell.

I recently heard about an app that does the following: It automatically posts on your social media if you fail to work out and hit your daily goal. If public shaming isn't motivating enough, the same app can be configured to withdraw an amount of money from your bank account and send it to a charity of your choice if you miss the mark. (There's also the novel idea of setting up the app to donate to a group you despise if you fail to do X or Y.)

Would any of this motivate you?

As a relatively new Fitbit user myself, I've found the best advice is to soldier on for at least 5 or 6 weeks, until daily exercise becomes habitual. Having a workout buddy and varying the workout often (in my case, running, ellypitcal, swimming laps, weights, and winter-time Bikram yoga) helps the most.

THe phenomenon of being intimidated by the "ultra fit" is one of those excuses like " I'll start exercising tomorrow", or "Just one more donut, then I'll skip lunch." I've been wearing a fit bit for about a year now. I'm not ultra fit, no where close, and I don't sync up every single day like I did when I first got it. But I use it every day and with the forums and the social online community I can find people to follow that's are not ultra fit, but they are just a bit more fit, giving me a goal to work toward. Adjusting your perspective to see the people almost like you make changes, help you to get a point of influence from them. I was particularly motivated when my sister in law (same build, same weight, about same health) ran a 5k for the first time. It's all about finding the little things that inspire. Who else here has been inspired by the data from thier quantified self, or someone else's?
Reply  |  Post Message  |  Messages List  |  Start a Board

Capturing data which doesn't directly relate to a defined healthcare category need not be classified as "ego".  Quantified Self measurements are used primarily for the purpose of awareness - and for developing and testing hypotheses.  Certainly, "health and fitness" data is certainly a large portion of the phenomenon, but not the only purpose of quantifying information about one's self.  As presented at Quantified Self meetups, forums, and conferences around the country and around the world, quantified self data is used for myriad purposes (see examples at quantifiedself.com).  Tracking location, social interactions, and spending might give one a sense of the budgetary and happiness effects of diverting time and money on entertainment - versus other activities.  Tracking consumption by, and waste from, one's home might lead to a better understanding of one's footprint on the planet.  Tracking time spent at events or locations where one has interactions with family members might lead to an awareness of relationshps and family dynamics of which one was previously unaware.  Certainly the data captured by former Pimco CEO Mohamed El-Erian's daughter led to a life-altering awareness for her family, as well as for Pimco's shareholders.
Reply  |  Post Message  |  Messages List  |  Start a Board

The social reenforcement would be a large part of the point, yes.

On the other hand, there is the phenomenon of people being intimidated by finding themselves in competition with "the ultra fit" as my panelist from Humana mentioned to the point where it could be a disincentive. A question of social pressure cutting both ways
Reply  |  Post Message  |  Messages List  |  Start a Board

>But there's a good one between being sedentary all day long and death.

Absolutely. It's just that not being sedentary can be accomplished without measurement. If you take your lunch break at the gym to avoid the health effects of stting at a desk for 8 hours a day, that's great. But measuring that break doesn't really alter the benefits of being active. It may have some psychological value to some people, but it's ultimately about the doing rather than the measuring.
Reply  |  Post Message  |  Messages List  |  Start a Board

There may not be a huge correlation of the difference between 1000 and 1100 steps per day and a greater level of health. But there's a good one between being sedentary all day long and death.
Reply  |  Post Message  |  Messages List  |  Start a Board

How about quantified dumbassery?  The "smarter" technology becomes, the astonishingly ::DUMBER:: Americans are becoming.  Buzzwords and specious marketing spiels are what pass for the economy - really?
Reply  |  Post Message  |  Messages List  |  Start a Board

How about quantified guilt? Many of us have enough guilt without being reminded that the dog got 50 too few steps today. Just be healthy over the course of the week.
Reply  |  Post Message  |  Messages List  |  Start a Board

The problem with counting steps and measuring activity is there's only an indirect correlation with health. It's not as if hitting some magic number of steps per day will confer immunity from death or disease.
Reply  |  Post Message  |  Messages List  |  Start a Board
Editors' Choice
Hot Topics