Microsoft Band 2: Why We Want One - InformationWeek

The updated Microsoft Band is sleek and powerful. It records more health data than you ever thought you needed. 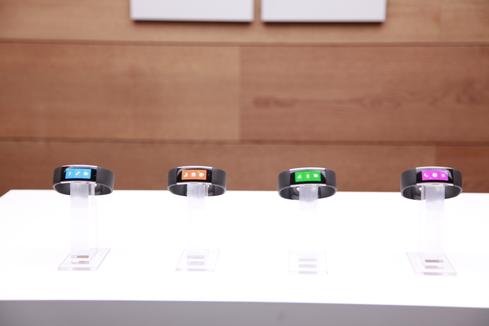 One of the many devices highlighted during Microsoft's New York City hardware launch was the second generation of Microsoft Band.

The update was welcome among those who are already fans of Microsoft's health tracker, and it's likely to turn heads in the fitness community. I've never wanted a fitness band and this upgrade has me tempted.

[Not into Microsoft Band? Here are more fitness trackers to try.]

As it developed a more modern device, Microsoft adopted the goal of helping users "take control of health and fitness in a more personalized way," said Lindsey Matese, member of the Microsoft Band and Health teams, in a presentation at the Oct. 6 event.

"What would cyclists, joggers, and gym rats want?" she wondered aloud.

Round two of Microsoft Band is designed to be more flexible, for people who wear it during their working hours and workouts. The desire for a more comfortable device is one of several pieces of feedback the team learned during the testing process, when it surveyed customers on its functionality.

What other changes did Microsoft make in the new Band? Here we take a closer look at the new design and capabilities of its premium fitness wearable.

None of these seemed compelling reasons to pick a Microsoft band. Unless you are a Windows Phone user it suffers the same drawbacks as the Apple watch for non iPhone users. Pricey for what it can give you. The idea that an activity band can get destroyed in a rainstorm put me off buying it too. I want my watches to be waterproof (usually becasue I forget to take my watch off around water.) so I want the same for any wrist wearable. You could buy two or more fitness bands that do most everything except give you email reminder and texts from Cortana for the price of a Microsoft band. I just don't see the allure.
Reply  |  Post Message  |  Messages List  |  Start a Board

Right now Cortana is only available for Windows Phone 8.1 and later, but will be integrated with iOS and Android in the future. You can only respond to calls with a text message for Windows Phone and certain Android phones.
Reply  |  Post Message  |  Messages List  |  Start a Board

This is a pretty substantial upgrade. I feel like this new Band is kind of like a mix between a smartwatch and a fitness tracker. Although Apple is making a pretty solid product like this, it's nice to see Microsoft making an effort to produce something people want. That's long been one of their downfalls in the consumer market.
Reply  |  Post Message  |  Messages List  |  Start a Board

The latest band looks like a solid offering. Can the calling features be linked with iOS and Android devices? Locking users into the Microsoft ecosystem for additional functions seems like a bad idea for customer satisfaction, but a good one for Microsoft device adoption.
Reply  |  Post Message  |  Messages List  |  Start a Board
Editors' Choice
Hot Topics

CRM Trends 2021: How the Pandemic Altered Customer Behavior Forever Jessica Davis, Senior Editor, Enterprise Apps,  2/18/2021
White Papers
Why Add Security to Your Skill Set and How to Do It
How Secure Are Your Endpoints?
Improving Security by Moving Beyond VPN
Are We Cyber-Resilient? The Key Question Every Organization Must Answer
5G-Enabled Edges of Tomorrow Require Converged Network and Security