Microsoft's Cortana digital assistant is now available to owners of the Band 2, who are pairing the wearable with an Android device.

Microsoft has rolled out an update for the Health application designed for its fitness wearable, the Band 2, which now offers Cortana integration for Google Android users.

This gives owners of the Band 2, when paired with Android devices, the ability to issue voice commands through the wearable -- a feature previously limited to users pairing the wearable with a Windows Phone device.

The Health app helps users set wellness goals and get actionable insights into living healthier, with charts and graphs in the phone app or on the web dashboard.

Users can help reach fitness goals with custom tracking whether they are running, biking, golfing or working out. They can map runs or rides with GPS, and follow exercise prompts with the Guided Workouts feature. 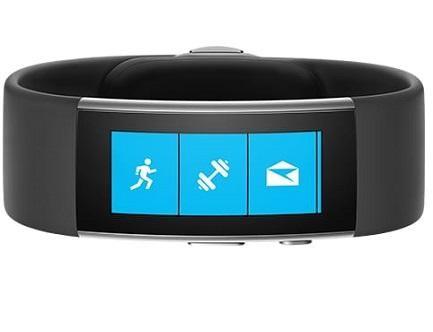 As Microsoft is slowly exiting the hardware side of the mobile industry, the company has been looking to make its software an indispensible part of the mobile experience. As the market for wearable technology expands, Redmond is working to make sure Cortana is available to more adoptees of the technology.

Following in the footsteps of Apple's Siri digital concierge, as well as Google Now, Cortana was developed to help Windows users find things on a PC, tablet, or smartphone, manage a calendar, track packages, find files, chat with the user, and even tell jokes.

[Read why IoT and fitness trackers are powering the consumer market.]

The Microsoft Band 2 received a huge upgrade from Microsoft in December, with new functions that made it possible to control music, set activity reminders, and track workouts with the $250 fitness friend.

Taking a cue from the Apple Watch, Microsoft wants to make sure Band 2 owners are active enough. The Band can now remind people to get up and move if they've been still for too long. Wearers can also set timed intervals for the get-up-and-move notifications, or choose to be left alone.

Microsoft faces an uphill battle for marketshare in an increasingly crowded wearables market, with Android devices and Apple's juggernaut Watch dominating the field.

However, worldwide shipments of wearables are projected to hit nearly 175 million units by 2019, according to IT research firm IDC's quarterly Wearable Device Tracker.  The figure indicates that there is plenty of room for more competition.

The IDC report also predicted that wearable devices that give consumers the ability to download and use third-party apps, like the Apple Watch, the Motorola Moto 360, the Samsung Gear S-series, and Pebble Time smartwatches, would come to dominate the market.

In addition, Goode Intelligence's latest research, which examines how biometrics will change the banking industry, indicated that the rapid adoption of biometrics on mobile and wearable devices would deliver frictionless authentication and identity verification services across the industry.

Nathan Eddy is a freelance writer for InformationWeek. He has written for Popular Mechanics, Sales & Marketing Management Magazine, FierceMarkets, and CRN, among others. In 2012 he made his first documentary film, The Absent Column. He currently lives in Berlin. View Full Bio
We welcome your comments on this topic on our social media channels, or [contact us directly] with questions about the site.
Comment  |
Email This  |
Print  |
RSS
More Insights
Webcasts
Making Cybersecurity Work in Small and Medium-Sized Businesses
ROI and Beyond for the Cloud
More Webcasts
White Papers
How to Prioritize Risk Across the Cyberattack Surface
Threat Intelligence Solutions: A SANS Review of Anomali ThreatStream
More White Papers
Reports
Are Unprotected Cloud Databases Leaking Your Data?
Special Report: Edge Computing: An IT Platform for the New Enterprise
More Reports

The price was reduced a couple of weeks ago to $175.
Reply  |  Post Message  |  Messages List  |  Start a Board
Editors' Choice
Hot Topics