HTC has delayed the release of its Grip fitness wearable after consumer testing and may be retooling the device to serve a different purpose.

HTC is coming to grips with the market for wearables. The company said Thursday it will delay the launch of its HTC Grip fitness band until later this year. The device had been scheduled to reach store shelves in the spring.

"After extensive wear testing and user feedback, we have decided to align Grip with the entire product portfolio for health and fitness launching later this year," according to a July 16 statement from the company. "This will be a state-of-the-art comprehensive portfolio of products for this category powered by Under Armour Record."

That's all the company had to say. It didn't go into further detail nor provide more specific reasons for delaying the Grip, but it's pretty easy to read between the lines.

HTC pivoted a bit back in March. The company, experiencing tepid demand for its smartphones, announced plans to branch out into other segments of the consumer electronics industry. The Re camera, a standalone imaging product, is one example. HTC also announced a partnership with Under Armour, which is the underlying platform powering the Grip. 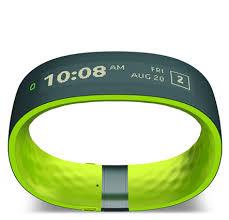 The Grip is a fitness band that has a touch display. The wearable is waterproof, works with Android and iOS, has GPS, and can record a workout (with GPS) up to five hours long.

HTC's statement strongly implies that the company needs to rethink the wearable. The idea that it's delaying the product after "extensive wear testing and user feedback" says things didn't go so well in the real world.

Right now, FitBit owns the fitness band market. In fact, FitBit owns the entire wearables market -- at least for the time being. There are myriad other players: Jawbone, Adidas, Garmin, and Microsoft, just to name a few. Fitness bands may be king for now, but smartwatches will eventually take over.

Together, fitness bands accounted for 75% of the 11.4 million wearables shipped during the first quarter, according to IDC.

[Want to know how mobile is changing? Check out these seven new developments.]

That means Motorola, LG, Samsung, Pebble, and others shipped just 2.8 million smartwatches. (IDC's numbers don't include the Apple Watch, which didn't ship until the second quarter.) IDC expects smartphone shipments to surpass fitness band shipments by 2017, as the market continues to evolve. Smartwatches offer many of the same functions available to fitness bands, but go much further with more advanced operating systems and the ability to run apps.

HTC suggested it has a larger vision that extends beyond fitness bands. It said it has a "comprehensive portfolio" of products on deck. Unlike FitBit, Garmin, and Jawbone, HTC can play up synergies with its wearable, smartphones, and other products.

HTC has long been rumored to be working on a legit smartwatch. Perhaps that will join the retooled Grip when it launches later this year.

Eric is a freelance writer for InformationWeek specializing in mobile technologies. View Full Bio
We welcome your comments on this topic on our social media channels, or [contact us directly] with questions about the site.
Comment  |
Email This  |
Print  |
RSS
More Insights
Webcasts
Building Asset Management into Your Enterprise Security Strategy
Take DevOps to the Next Level
More Webcasts
White Papers
5 Steps to Perimeter-Less Security: Adopting a Zero-Trust Model
Identify Threats 82% Faster: The Value of Threat Intelligence with DomainTools
More White Papers
Reports
Key Strategies for Managing New Risks in Cybersecurity
Protection Strategies for a Cyber-Resilient Organization
More Reports