The Internet of Things in healthcare -- a profusion of IP-connected sensors on hospital equipment and patients -- has the power to drastically cut waste and save lives, says panel.

Can a profusion of IP-connected sensors on hospital equipment and patients streamline healthcare, cut waste, and lead to better clinical outcomes?

That was the broad topic for a panel of subject experts at Cisco's Internet of Things World Forum last week in Chicago.

"I firmly believe that out of all the verticals we've been talking about for the past two days, healthcare may be a slower adopter, but probably has the biggest potential for benefit, if you look at the impact on improving care, saving lives, and cutting costs," Greg Carter, head of Cisco System's Internet of Everything services group at Cisco, told the audience.

Bridget Karlin, acting general manager of IOT strategy at Intel, picked up on the theme of costs in her opening remarks, noting one estimate that $750 billion is wasted annually in healthcare costs.

In other developed nations, the cost of a patient discharge is $6,000 versus $18,000 in the US, said Pranav Patel, general manager at GE Healthcare Services.

"Where's waste coming from? Soon you realize it's administrative burden, which is about 300% more," Patel said, adding that doctors are spending only 30% of their time with patients and the rest on administrative duties.

The Internet of Things will directly affect this workload, Patel suggested. Likewise, the development of new pharmaceuticals -- now around $1 billion in R&D for each new drug -- will be made substantially less costly through better use of data, and there'll be more opportunity for what he called "predictive medicine," whereby treatments are increasingly optimized for each patient. 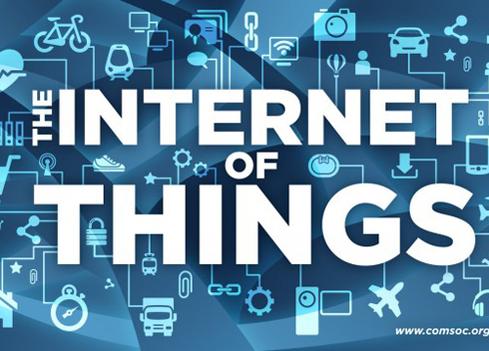 "Our vision is personalized medicine to every person on the planet," echoed Intel's Karlin.

Although making that happen will involve massive complexity and tying together all the disparate systems in the healthcare ecosystem, "IoT is the opportunity to redefine healthcare," she said.

Healthcare has been investing in IT and devices for decades, "but just not in a connected way," Karlin said. With connectivity, care can be delivered anywhere, including at home, thereby lowering costs while improving the patient experience. Networking will also mean patching in other assets, beyond the hospital, such as the community. The final opportunity is "care customization," she said.

"It is increasingly possible now with big data to do better analytics for understanding complex diseases, as well as more precision therapies and predictive care," Karlin said.

The sole physician on the panel, Dr. Christian Gerloff, described the long process of moving his institution to a paperless environment. The University Medical Center Hamburg-Eppendorf decided to get rid of paper in 2008, but it took several years to achieve this goal.

"We're basically at HIMSS Stage 7, but this wasn't easy," Gerloff recounted. "After five years, people start realizing the benefits." For example, at the Hamburg-Eppendorf's new children's hospital, patient record availability has increased from 62% to 99%, and resource scheduling -- such as preparing the ER for an incoming ambulance -- is drastically better, he said.

But Gerloff didn't shy away from describing the heavy lifting and investment needed to make the medical center paperless, and he cautioned about blowback from physicians and hospital staff. By the summer of 2009, there were open letters to politicians and the press, and the EHR initiative "was starting to fall apart," he said.

The solution involved employing 30 people to train many of the 10,000 hospital workers to use the new system. "You need to change the brains of the people," Gerloff said. Don't provoke healthcare workers by forgetting that the actual point of the hospital is not IT, it's treating patients, he added.

Cisco's forum attracted 1,500 attendees, up from 800 attendees at last year's event in Barcelona. Next year's Internet of Things World Forum will be held in Dubai.

Ellis Booker has held senior editorial posts at a number of A-list IT publications, including UBM's InternetWeek, Mecklermedia's Web Week, and IDG's Computerworld. At Computerworld, he led Internet and electronic commerce coverage in the early days of the web and was ... View Full Bio
We welcome your comments on this topic on our social media channels, or [contact us directly] with questions about the site.
Comment  |
Email This  |
Print  |
RSS
More Insights
Webcasts
What We Can Learn from Sports Analytics
How Elite Analyst Teams are Transforming Security with Cyber Reconnaissance
More Webcasts
White Papers
How to Prioritize Risk Across the Cyberattack Surface
Managing OTT Content Distribution in the Connected World
More White Papers
Reports
Evolution of Ransomware Gangs
The Drive for Shift-Left Performance Testing
More Reports

Devices attached to patients can record changes in respiration, heart rate, blood pressure, and eventually blood chemistry parameters in real-time. Comparing them to medications and other factors noted in the patient's EHR, such as medications, may yield useful infomation.
Reply  |  Post Message  |  Messages List  |  Start a Board

Gary, can you provide an example or two about how iot could facilitate research?
Reply  |  Post Message  |  Messages List  |  Start a Board

Gary, can you provide an example or two about how iot could facilitate research?
Reply  |  Post Message  |  Messages List  |  Start a Board

To go completely paperless the health care company needs the time, investment , and personnel which needs to be trained. It is a huge commitment, while some companies are ready for it, it is a huge leap for others. It is rightly said that the patients come first ! Many companies have gone ahead and done it and IT is working for them in its own way. How far things are going to work seamlessly is work in progress!
Reply  |  Post Message  |  Messages List  |  Start a Board

IOT will be a much greater factor in research than it will be in direct patient care. However, IOT is very closely related to EHR; in fact, I don't see how IOT can really be relevant for health care at all without a solid base foundation of EHR to tie everything together. On the other hand, the results of research made possible by IOT might very well change the whole nature medical care.
Reply  |  Post Message  |  Messages List  |  Start a Board

Another reason making IoT data available is only part of a solution --- it's like putting a band-aid on a heart attack. If it's main purpose to minimize administrative costs, then perhaps better would be to reform how healthcare is administered (ie., through giant bureaucratic insurance companies). Even better would be to focus more on what part of the article discussed --- better care. But instead of making better treatments for sick people, let's make better ways to keep people healthy in the first place.
Reply  |  Post Message  |  Messages List  |  Start a Board

Well put about people and habits. The German doctor on the panel, the one who made strides toward a totally paperless medical center, said much the same: "You need to change the brains of the people," Gerloff said.
Reply  |  Post Message  |  Messages List  |  Start a Board

making IoT data available is only part of the process. turning it into meaningful action will probably remain a challenge because that's ab out people and habits more than technology.
Reply  |  Post Message  |  Messages List  |  Start a Board

I think there continues to be a gap between the projections on how technology can improve health care and the challenges providers have in making such transition.  Many providers continue to have problems.  I think making such projections is not enough to convince providers.
Reply  |  Post Message  |  Messages List  |  Start a Board

As one of the panelists in my story notes, healthcare has been adding devices for decades. The difference now is that all this stuff will be networked, sharing status with analytical systems (real-time and not) that will evaluate oceans of data--patient vital signs, equipment, test results--to optimize treatment and save costs. Will it pan out? Good question. A lot of engineering is going to be needed to make all this work, and work safely and securely. We'll see.
Reply  |  Post Message  |  Messages List  |  Start a Board
Page 1 / 2   >   >>
Editors' Choice
Hot Topics

10 IT Trends to Watch for in 2021 Cynthia Harvey, Freelance Journalist, InformationWeek,  12/22/2020
White Papers
How to Prioritize Risk Across the Cyberattack Surface
Passwordless: The Future of Authentication
Two-Factor Evaluation Guide
Presenting Your Cloud Security Strategy to the Board
Seven recommendations for a Successful SD-WAN Strategy