A Nebraska federal jury convicted a former acting director of cybersecurity at the Department of Health and Human Services of child pornography charges, the Justice Department announced on Tuesday.

Timothy DeFoggi, 56, could face 20 years to life when he receives his sentence on Nov. 7.

[Learn how to protect your online operations. Read Top 5 Reasons Your Small Business Website is Under Attack.]

DeFoggi, who registered as a member on the website in March 2012, maintained his membership and website activity until the FBI took the site down in December 2012, trial evidence showed. As part of that activity, DeFoggi "accessed child pornography, solicited child pornography from other members, and exchanged private messages with other members where he expressed an interest in the violent rape and murder of children. DeFoggi even suggested meeting one member in person to fulfill their mutual fantasies to violently rape and murder children," DOJ said.

He was one of at least 20 people using the site, the U.S. Attorney's Office of Nebraska told the Omaha World-Herald. At least 28,000 files were available to users of PedoBook; registered users shared more than 100,000 messages, the publication reported. 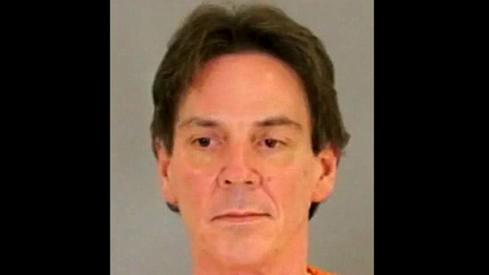 The pornography sites were run on servers that operated in Nebraska. Aaron McGrath, who has already been convicted for his role, managed the servers. McGrath pled guilty after being charged in a seven-count indictment in January. Unlike McGrath, DeFoggi took his chances with a jury; after a four-day trial and two hours of deliberation, the Omaha panel convicted him.

DeFoggi, of Germantown, Md., reportedly used Tor in a vain attempt to cover his tracks, Wired reported. The router masks users' IP addresses, generally hiding the originator's location. In this case, however, investigators remotely installed malware onto the devices of those who visited the child pornography sites, enabling law enforcement officials to identify those users' IP and MAC addresses, plus other identifiers, the site said. As a result, officials raided multiple, coordinated sites in April 2013 during "Operation Torpedo."

When agents arrived at DeFoggi's home, he reportedly was in the middle of downloading more child pornography, and agents had to force him away from his laptop, Wired wrote.

DeFoggi, who took the stand in his own defense, told the court he accessed Tor to seek out things that would damage national defense, World-Herald wrote. He sought hidden servers that could harm the government, he said.

The case was part of Project Safe Childhood, a nationwide initiative to combat child exploitation and pornography.

It is unclear where DeFoggi accessed the website, or whether he used any government-owned computers, tablets, or smartphones to conduct his criminal behavior. But in his roles as supervisory IT specialist at the Indian Health Service and as a lead IT specialist at the HHS Office of the Assistant Secretary of the Administration, he most likely knew whether the department had implemented the controls necessary to block abhorrent, illegal, or illicit behavior.

Alison Diana is an experienced technology, business and broadband editor and reporter. She has covered topics from artificial intelligence and smart homes to satellites and fiber optic cable, diversity and bullying in the workplace to measuring ROI and customer experience. An ... View Full Bio
We welcome your comments on this topic on our social media channels, or [contact us directly] with questions about the site.
Comment  |
Email This  |
Print  |
RSS
More Insights
Webcasts
People Are The Most Important Part of Autonomous SOC
Cybersecurity's Next Wave: What You Should Know
More Webcasts
White Papers
Why Add Security to Your Skill Set and How to Do It
Intelligent Outcomes Are Key to Business Resilience
More White Papers
Reports
Are We Cyber-Resilient? The Key Question Every Organization Must Answer
Building an Effective Cybersecurity Incident Response Team
More Reports

That would be one of the very few upsides to a totally surveilled world -- if not the only benefit!
Reply  |  Post Message  |  Messages List  |  Start a Board

You know. Your are absolutely right.  If the NSA were as good as they are they should be able to catch these guys 100%.
Reply  |  Post Message  |  Messages List  |  Start a Board

It really is sad. Our freshman high school daughter is a travel and varsity softball player, who played baseball until she was 12. Most of her coaches have been men and I feel badly for them because of how careful in word and action they have to be. I know my husband feels the same way as you. That said, it surprises me that travel coaches do not have to undergo the same background checks as high school and Little League coaches, at least in baseball and softball -- and then some parents, for money/work/other kids, etc. -- allow their kids to travel unaccompanied with coaches, overnight. In 99.5% of the times, it's fine. It's that 0.5% you have to worry about, I'm afraid.
Reply  |  Post Message  |  Messages List  |  Start a Board

It is men who seem to do it (except for this weird subgroup of female teachers who have sex with students but thats a whole other issue).  It's a shame - I'm a father of two, so I am often at sporting events, birthday parties, parks, whatever with the kids where there are all other kids around.  I like kids and like engaging them in conversation, but am fearful to even try talking to a kid I don't know because I feel like you automatically look like a potential sicko.  It's awful that we've evolved this way.
Reply  |  Post Message  |  Messages List  |  Start a Board

I actually haven't heard of that many, if any, government execs being involved in this particular crime. Fraud, yes. Extortion and bribery, absolutely. Murder and rape, sure. But I don't believe I can recall any others participating in child pornography.
Reply  |  Post Message  |  Messages List  |  Start a Board

Yes, @program2000, they are all over and there's absolutely no way to know whether the creepy looking guy is really a harmless looking fellow who just doesn't like to bathe regularly and would never harm a child while the woman who goes to work 9-5 at a well-paying job is a child pornographer -- and that is what's so flipping terrifying about this crime. Granted, it's much more likely to be men commiting this heinous crime, but even then you can't possibly know who is more likely. Take any group of men and there's absolutely no way to figure it out, based on gut reaction or simple thought processes. Thankfully, law enforcement seems to have some good tools at its disposal, but that means some children have already been harmed. And that's awful.
Reply  |  Post Message  |  Messages List  |  Start a Board

i guess it's actually one argument that the NSA is not monitoring us all very well, when you consider that experts estimate so many of these creeps are still out there, harming children under the radar. Locally in Central Florida, a few of these perverts were just arrested, although none of them had the type of credentials DeFoggi did. Still, it's incredible how quickly these people learn how to try and hide their online footprints from authorities.
Reply  |  Post Message  |  Messages List  |  Start a Board

Come on, seriously?  You think pedophiles are more present in government jobs?  The creeps are everywhere, it scares the crap out of me anymore.  Government, private sector, don't even get me started on churches...
Reply  |  Post Message  |  Messages List  |  Start a Board

Oh look, yet another overpaid government employee pedophile. It's a good thing the feds due diligence the perverts before they hand them wheelbarrows full of cash and a title - oh wait.  Nevermind.
Reply  |  Post Message  |  Messages List  |  Start a Board

I completely agree.The authorities are doing a great job in catching these guys .  They should know by now that if they are participating in these types of activities they would go to jail, period.  If the NSA is already monitoring everyone, they have the capabilites of monitoring such forums without any problem.
Reply  |  Post Message  |  Messages List  |  Start a Board
Page 1 / 2   >   >>
Editors' Choice
Hot Topics

CRM Trends 2021: How the Pandemic Altered Customer Behavior Forever Jessica Davis, Senior Editor, Enterprise Apps,  2/18/2021
White Papers
Why Add Security to Your Skill Set and How to Do It
How Secure Are Your Endpoints?
Improving Security by Moving Beyond VPN
Are We Cyber-Resilient? The Key Question Every Organization Must Answer
5G-Enabled Edges of Tomorrow Require Converged Network and Security