In the battle to eradicate polio, even a 99% success rate is failure.

But the World Health Organization (WHO) expects that the efforts of its dedicated professionals -- combined with vaccines, other local and international resources, and tools such as geographic information systems (GIS) -- will eradicate the crippling and potentially deadly disease worldwide by 2018, according to Dr. Bruce Aylward, WHO's assistant director general, who spoke to InformationWeek. The effort is known as the Global Polio Eradication Initiative.

Today all countries are free of polio except remote regions of Nigeria, Afghanistan, and Pakistan. To eliminate polio, WHO must vaccinate every child under the age of five who lives in those areas. Aylward explained that sometimes the last remaining strain of polio found in these hard-to-reach enclaves requires two or even three vaccinations. Because polio, which transfers via person-to-person contact or indirect contact (such as sharing food or water), can show no symptoms, vaccination is the best prevention.

"There's very little room for error in disease eradication -- you're either infected or you're not," says Aylward. "A lot of what we're doing has huge benefit to other areas. We've learned where people are, how to access them, and how to get coverage to them." 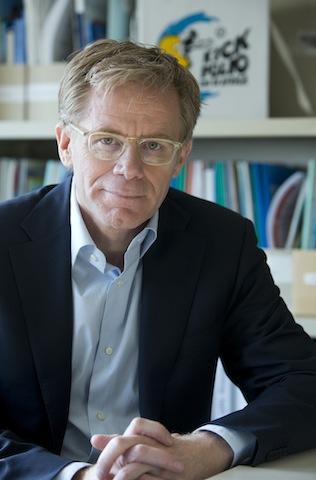 Locating children in these isolated locations is challenging. The regions lack roads and signage and are largely unmapped, Aylward says, so WHO relies on satellite imagery and Esri's Arc GIS, a technology WHO uses to find populations that are unvaccinated. In prior initiatives, Aylward says, regions were better mapped, smaller, or more heavily populated, so the lack of more sophisticated technology didn't hold up vaccination efforts.

"In Cambodia 10 years earlier, we had to rent a plane, fly over the Mekong River, take pictures out of a plane, and then try to figure out where we were when we took that picture. That might work over a stretch of the Mekong, but it wouldn't work over [India's vast] Koshi River Basin with so many people."

Aylward and Vincent Seaman, senior program officer at the Bill & Melinda Gates Foundation's Polio Support Team, made a keynote presentation on GIS's role in polio eradication at the 2014 Esri User Conference on July 14. In addition to finding unvaccinated children, the organizations use GIS to assess the effectiveness of its initiatives. WHO is also working with Esri on ways to predict where reinfection may occur in the future, Aylward told us.

The ability to combat a virus on a global scale will not necessarily empower WHO to take on all diseases. To date, Aylward notes, there have been six eradication attempts; only smallpox elimination was successful, and measles could be the only other virus that meets all criteria for future initiatives. "Very few diseases are eradicable. Polio is one of those rare diseases. In this country [measles] is preventable or usually minor. In Africa it kills. It's a dangerous disease in much of the rest of the world."

To combat polio, WHO also relies extensively on mobile providers, partnering closely with regional phone and national companies like Vodaphone to track employees, volunteers, and patients who have received vaccinations.

The phone-tracking concept, developed by WHO, helps increase coverage and supervision and reduces fraudulent data manipulation. Looking on the website, Zubairu immediately knows which areas have received vaccinations, which ones have not been visited, and which homes workers must revisit to educate families on the merits of the polio injection. While technology and dedication have eliminated polio from most of the world, distrust and propaganda remain perhaps the biggest enemies to total eradication.

Cloud computing has been endorsed by everyone from the president on down as a key way to make government IT more efficient and responsive. Planning a move should be on every agency's to-do list. Get the Gov Cloud: Executive Initiatives, Enterprise Experience report today (registration required).

Alison Diana is an experienced technology, business and broadband editor and reporter. She has covered topics from artificial intelligence and smart homes to satellites and fiber optic cable, diversity and bullying in the workplace to measuring ROI and customer experience. An ... View Full Bio
We welcome your comments on this topic on our social media channels, or [contact us directly] with questions about the site.
Comment  |
Email This  |
Print  |
RSS
More Insights
Webcasts
Architecting Security for the Internet of Things
The Pesky Password Problem: Policies That Help You Gain the Upper Hand on the Bad Guys
More Webcasts
White Papers
5 Key Steps for Assessing Your Security Effectiveness
Is Your Enterprise at Risk? 4 Things to Enhance Your Cyber Resilience
More White Papers
Reports
The Malware Threat Landscape
Building an Effective Cybersecurity Incident Response Team
More Reports
Copyright © 2020 UBM Electronics, A UBM company, All rights reserved. Privacy Policy | Terms of Service