It's time for doctors to move on EHRs or get left behind, says head of American Academy of Family Physicians health information group. 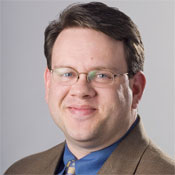 Dr. Steven Waldren is director of the Center of Health Information Technology at the American Academy of Family Physicians, a group that represents about 94,000 family physicians and medical students. He's closely following the government's effort to craft a definition of what constitutes the meaningful use of electronic health records and prepare to kick off the federal incentive program to get doctors using EHRs. He recently spoke to InformationWeek senior writer Marianne Kolbasuk McGee about the upcoming requirements, what's at stake if doctors don't adopt EHRs, and the challenges physicians face.

InformationWeek: What's the biggest risk for doctors' practices if they don't adopt health IT?

Waldren: The biggest risk is not being able to move forward with other reforms in the way we pay. Currently, the vast majority of payments are fee for service, based on volume, not about quality in the care doctors provide to patients. There's a lot of talk about changing that. If physicians don't adopt technology to support them in this paradigm shift, they're at a much higher risk at not being able to keep up with the demands of quality reporting in order to thrive in this new model.

InformationWeek: So not getting on board with HIT put doctor practices at a great disadvantage for the other reform changes under way?

Waldren: Yes. And in the very short term if they don't get moving, the issue is capacity in the market place. A lot of vendors, depending on what numbers you pick, estimate that on the high side 30% of the physician market has product. But that 30% was built up over the last two decades. If another 30% try to get on board in the next year, I don't think the vendors have the capacity to meet that demand. So, there's a concern that if people wait too long because the uncertainty's gone, because we have a final meaningful use rule, because products are now certified and I can be pretty confident that the products that I pick will allow me to meet meaningful use requirements, then those vendors may end being so saturated that it will be impossible to get up and running in the first year to qualify for the incentive money.

InformationWeek: What about hospitals that are offering hosted EMRs and free software under the federal Stark regulations, as well as the Regional Extension Centers and the Beacon Communities. Will they help with the mad rush?

Waldren: They will help some. But there are two pieces to adoption. There's the selection and preparation process, and then there's implementation and ongoing work to get up to meaningful use compliance. The Regional Extension Centers and hospitals have the ability to facilitate that selection and preparation. Implementations are specific to the vendor so the vendor has to do that. Some of these Regional Extensions Centers might take over that but I don't think that's a very viable model.

After the go-live, where you get into process redesign and using the system, there are some opportunities for Regional Extension Centers and hospital folks to help.

The notion of being able to offer a hosted service model is appealing to a lot of docs. One thing we've seen over last couple years is that for hospitals, the incentive to offer subsidized software to doctors under Stark rules was limited. What was the real value for a hospital? It wasn't "If we get all the docs and community connected, we'd be so much better off from a business standpoint." It was more about loyalty and those types of things. So the hospitals said, "You can use our hospital based product," so if they had Cerner or Meditech, they'd offer the ambulatory component to that. But that might not be the best product for a small or medium practice. That was one of the concerns about small practices and Stark: Physicians were being offered product that really wouldn't work for them. But now we're starting to see with reform and the potential of readmission to the hospital in 30 or 60 days being "never events" [not reimbursed by payers] that hospitals are getting more concerned. They want practices to work more efficiently because hospitals won't get paid by Medicare and other payers for those readmissions.