Practice Fusion CEO Ryan Howard wants doctors to know they don't have to pay for the privilege of adopting electronic health records.

Adopting electronic health records (EHRs) is a challenge for any medical practice, but if doctors must suffer through it, Practice Fusion CEO Ryan Howard wants them to know they don't have to pay for the privilege. In fact, their participation is valuable enough that other players in the healthcare market will gladly pick up the tab.

"What people don't realize is the doctor is the master of the entire system -- even though they feel embattled and not empowered," Howard said in an interview. "Each doctor drives roughly $2.5 million in medical spend."

Thus, Practice Fusion has decided it can make a business out of providing electronic medical records software to doctors without needing to charge them for it. If the company can get their attention with software they find useful (and affordable), their active use of the software is valuable in and of itself. Today, electronic medical records (EMRs) are turning into EHRs, a change in terminology associated with the goal of making health data more portable, interoperable, and meaningful. In the sense of the federal government's Meaningful Use program of incentives and penalties, Practice Fusion is helping sole practitioners and small practices keep pace.

Founded in 2005, Practice Fusion launched a cloud application for tracking medical records in 2007, and in the past few years it's become best known as the free solution that allows physicians to pocket government incentives for achieving Meaningful Use without a cash outlay for software. The company recently guaranteed it will be ready to support the stricter Meaningful Use Stage 2 requirements by the end of the year, so users will qualify for the 2014 round of incentives. The cost of the web-based application is supported by advertising and payments from pharmacy chains and other healthcare industry players who want to make it as easy as possible for doctors to send prescriptions and referrals their way. Practice Fusion also sells anonymized data that its partners can mine as part of public health and market research, Howard said. 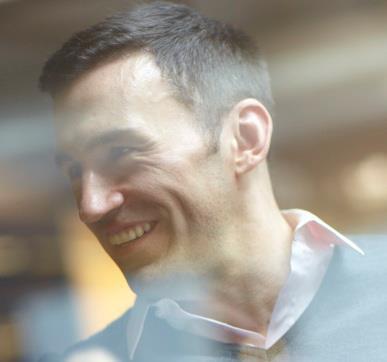 Giving the software away for free was not the original plan. Howard said:

We originally sold it for $300 per month, per doctor, which at the time was insanely cheaper anything on the market. But what we found out was it wasn't even about being lower cost. Doctors couldn't afford even that. The average primary care physician makes about $120,000 a year, and spending five percent of their income on software was not something they were super excited about. For a while, we went free [for the basic service] and $50 per month for support. But then I'd be talking to doctors, pitching them directly, and they'd start to haggle with me. They'd say, "I'll give you $25 a month." It happened enough that it got me thinking about yes, and how do we even process that in our system.

Finally, a member of his team suggested trying to offer it for free, as a test, for a day or a month, Howard said. "We had 22 doctors on the phone, on a webinar, and probably 18 or 19 would say yes to the free proposition." This was toward the end of 2007. Having discovered that free was the price that doctors really liked, Practice Fusion set about trying to establish the large-scale audience that would allow it to attract revenue from other sources.

The company almost didn't make it. "At the end of '08, we were out of cash," he told the San Francisco Chronicle in a 2011 interview. "We were fledgling, we had a couple thousand users, the market was a disaster." To make payroll, he sold his car and funneled money into the business from the rent on a home he owned in New Hampshire. He also diverted money into the business from the insurance payout from an accident racing his Ducati motorcycle. His motto for the company became: "Be scrappy."

The obvious question here is whether this is too much of a consumer model for a task like managing medical records.
Reply  |  Post Message  |  Messages List  |  Start a Board
InformationWeek Is Getting an Upgrade!