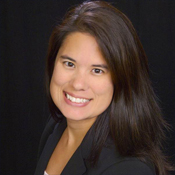 0%
Tweet
Better training and the equivalent of a surgeon's touch are needed to make surgical robots live up to their hype (and potential).

When the da Vinci Surgical System was introduced in 2000 by Intuitive Surgical, it was heralded for ushering in a new era of robotic surgeries. The robot promised to make operations easier for the surgeon, reducing complications and pain while shortening time under anesthesia and time to recovery for the patient.

Now, it appears that the robotic reality is introducing some cracks in these perspectives. 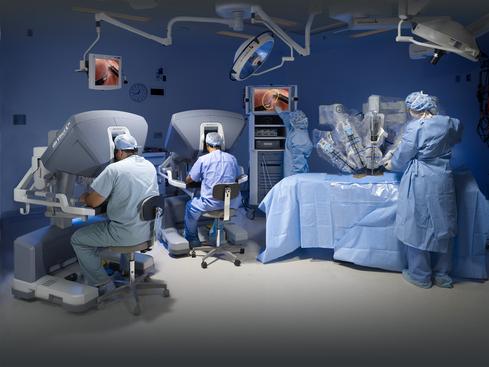 [ Slideshow: Surgical Robots: Look Who's Coming To The OR.]

Since it was approved by the FDA, the da Vinci Surgical System has been installed in about 2,000 hospitals in the United States, performing 367,000 procedures just last year, according to Intuitive. But adverse events have been increasing; the FDA noted a 34% increase in adverse event reports from 2011 to 2012. In addition, the company is facing more product liability lawsuits, and attorneys for plaintiffs are looking to find more clients with injury claims. Still other research suggests that many more adverse events exist, but aren’t reported properly.

Then, in July, the FDA criticized Intuitive for not properly reporting certain events to the regulatory agency. This criticism sparked a drop in Intuitive Surgical’s stock price and downgrades by financial analysts. Now, the underlying question is, “Is the problem entirely with the technology?”

FDA surveys surgeons
On November 11, the FDA published the results of a small survey (just 11 surgeons) of the da Vinci Surgical System. The surgeons cited the benefits of the surgical tool: improved access to narrow anatomic spaces, less time under anesthesia, and less nerve damage and pain among patients. While one surgeon suggested that patient selection might be causing the complications more than the machine itself, the surgeons said the overwhelming challenge with da Vinci was learning to use the system’s complex user interface. The participants suggested more training, integration of patient parameters onscreen, incorporations of ultrasound, and haptic (tactile) feedback.

My da Vinci observations
The da Vinci Surgical System is not really a true robotic system. A human being is still operating on a patient, albeit remotely. It is actually a tele-operation system that translates the surgeon’s movements electronically to mechanical arms (or end effectors) during the procedure. The instruments provide seven degrees of freedom (three for translation, three for rotation, and one grasping), which is closer to what a human wrist can do than commonly used laparoscopic instruments. And the three-dimensional stereoscopic display provides a detailed rendition of anatomic features, even in compact spaces. In spite of all of these features, surgeons have pointed to a few shortcomings.

One of my mentors, a surgeon who has used da Vinci extensively, said the system is useful only for specific types of procedures, where anatomic structures are fixed in place, like the uterus or prostate gland. In fact, 80% of da Vinci procedures include hysterectomies or prostatectomies.

Additionally, surgeons don’t just have to see; they also have to feel. In fact, as recently as the 1960s, many surgeons balked at the idea of having to wear gloves during surgery as they thought they would loose too much tactile sensation. My research on haptics (touch feedback) in tele-operation systems revealed many technical challenges that prevent truly accurate feedback, at least for now. Reproducing an accurate representation of how a tissue feels is important for a surgeon to gauge the amount of pressure that’s appropriate to place on tissues in an effort to prevent damage to these tissues. As such, a chief of surgery whose service I was rotating on said he’d never use the system because he could not tell how much force he was applying.

But arriving at this true tactile representation faces significant obstacles. If an end effector hits an object with any amount of force, high-frequency vibrations and harmonics are introduced into the system. In an effort to account for the vibrations, the system tries to match the position of the effector with where it thinks it is based on data the system is receiving from the encoders or sensors. The system can remain stable by filtering out these high frequencies, but it is at the cost of making the environment feel “mushy.” If haptic feedback is implemented in today’s systems, they have the potential of sending the robotic arms moving out of control -- not an ideal way to perform surgery, not to mention the liability!

There are definite advantages to the da Vinci system; its degrees of freedom and stereoscopic displays enable access to tight spaces and can reduce the impact of surgery on the patient’s body. But training needs, correct patient selection, and technological challenges remain significant enough to cloud the future of truly robotic surgery. Just like the original Leonardo da Vinci was an inventor, designer, painter, and sculptor, those seeking to perfect surgical robotics will need to successfully combine technology, sight, and touch.

Though the online exchange of medical records is central to the government's Meaningful Use program, the effort to make such transactions routine has just begun. Also in the Barriers to Health Information Exchange issue of InformationWeek Healthcare: Why cloud startups favor Direct Protocol as a simpler alternative to centralized HIEs. (Free registration required.)

Do you think the kind of advances you're talking about would be more likely if there was competition in this market? Seems like that's at least a few years off. What's Intuitive's motivation to innovate on haptics?

Competition may help in progressing the technology, but there are many academic institutions working on these technical problems right now. I don't think Intuitive really has a need to push the integration of haptics at this point - many surgeons are able to compensate with stereoscopic visual feedback. I'm not certain that many other companies would be interested in entering this space with a similar form factor due to the limited types of surgeries that can be performed (those where the structures are fixed in place). Better miniaturization may change this.
Reply  |  Post Message  |  Messages List  |  Start a Board

The Renaissance robotic tool is really a sophisticated image-guided jig. Mako makes a similar image-guided system, but relies less on physical jigs. They use the same retroreflective balls used by movie studios for motion capture to create a virtual jig to confine where the surgeon operates during some types of knee & hip operations.
Reply  |  Post Message  |  Messages List  |  Start a Board
Editors' Choice
Hot Topics