Forty-five percent of hospitals now have clinical data warehouse applications, according to a new report from HIMSS Analytics. That's up from 25% in 2009, Lorren Pettit, VP of the HIMSS' research arm, said in an interview with InformationWeek Healthcare.

Hospital purchases of data warehousing software, patient portals, and radiology barcoding applications are all poised for accelerated growth in the next five years, the report said. The estimates were based on data gathered for HIMSS Analytics' Electronic Medical Record Adoption Model, along with the current market penetration of the applications that the researchers looked at.

Of the three applications leading the pack for first-time purchases, patient portals are the only ones clearly tied to the Meaningful Use Stage 2 requirements, the report said. Although many hospitals already have portals designed to market their services to consumers, they will need a completely different kind of portal to make patients' medical records available to them online, as mandated in stage 2.

[What else is in the future for health IT? Read 3 Trends Are Reshaping Healthcare IT.]

About 11% of hospitals said they've developed their own portals -- a much greater percentage than for any other hospital application studied by HIMSS Analytics, Pettit said. But he agreed that when hospitals have to find an easy way to give patients access to their electronic records, most of them will probably buy portals from their EHR vendors. In fact, he said, sales of patient portals to hospitals have been rising steadily over the past five years.

The big jump in data warehouse adoption, he noted, is not related to Meaningful Use. Instead, he said, hospitals are buying data warehouse applications to get value from their IT investments, especially in the population health management area.

"There's increased pressure around the value of IT investments. That's what's driving this part of the market," he said. "They need to mine the data so they can make better decisions about the populations they're serving." 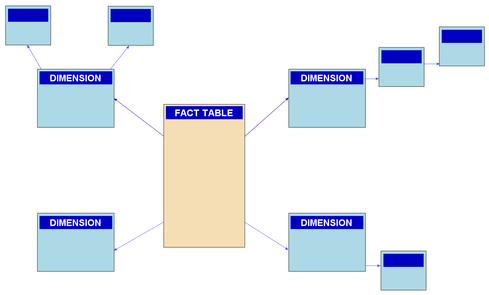 While some vendors of data warehouses bundle analytics with them, there's also a lot of freestanding analytic software available. But Pettit cautioned that the IT tools alone are not a "panacea." Healthcare organizations must create an "analytical culture" to take advantage of it, he said. "That's a variable that will go in tandem with the growth in this industry."

Radiology barcoding apps have lagged the growth of lab barcoding apps, which have "saturated the market," according to the report. Pettit could not explain why that was so, other than to point out that there are a lot of changes going on right now in imaging-related IT. Most of the current activity in this area, he said, has to do with improving patient safety.

Many hospitals will replace their lab barcoding, pharmacy management, laboratory information, and radiology information systems during the next five years, the report predicted. "Especially the lab systems and pharmacy management systems, they've been around for a while, and they've been aging in place," Pettit said. "So a lot of what's happening here is replacement sales."

In the long run, there may be even more replacement sales, he added. That's because hospitals have been so focused on implementing EHRs to get Meaningful Use incentives that they may have neglected to upgrade their older systems. After 2017, when the MU incentives run out, "there will be a transition in this market," he says, and more hospitals will likely replace their legacy systems.

An upcoming HIMSS report on the state of the health IT industry found that the percentage of hospitals buying at least one new application per year peaked last year and is now dropping, he said. Some of that decline, he observed, might be due to the current fixation on ICD-10. He predicted that there will be an "uptick" in revenue cycle management purchases in the future.

A KLAS report in December 2012 found that an increasing number of hospitals were outsourcing their revenue cycle functions. Increasing pressures on hospitals to cut costs, as well as the diversion of hospital resources to Meaningful Use and ICD-10, were among the factors driving the trend.

Ken Terry is a freelance healthcare writer, specializing in health IT. A former technology editor of Medical Economics Magazine, he is also the author of the book Rx for Healthcare Reform.

Yah Terry is absolutely right. What is the use with loads of data if is there in no analytics on top of it. Be is business data or clinical data one need analytics on them. That's where you derive meaningful information. And about hopitals using different softwares/data warehousing application diffrenently as there are no standard guidelines unlike ICD-10. Its like people trying to be reduce the cost of healthcare and dont know where to start from, so everybody things healthcare IT is where they have all the answers to their present owes. But unfortunately if you dont have the current & correct data and an alaytical organization the owes are going to continue for some time to come.
Reply  |  Post Message  |  Messages List  |  Start a Board

A case study might yield some insights, but hospitals and health systems all use their data warehouses differently, depending on the software, their environment, and their goals. Also, getting a clinical data warehouse is only the first step. Organizations must also apply the right kind of analytic software to the data. And they need to integrate their systems well enough so that they can deliver data to the warehouse quickly. If the data is not up to date, it's useless to clinicians.
Reply  |  Post Message  |  Messages List  |  Start a Board

This study tells us something about the rate at which hospitals are investing in the software, but is there any good research on which organizations use the technology more effectively? That's something I'd like to investigate more, potentially through a case study for IW.
Reply  |  Post Message  |  Messages List  |  Start a Board
Editors' Choice
Hot Topics