A Painless Path To CPOE? - InformationWeek

50%
Tweet
Despite evidence that computerized provider order entry systems can improve patient care, many providers have resisted due to cost and tech concerns. New KLAS report suggests an easier route. 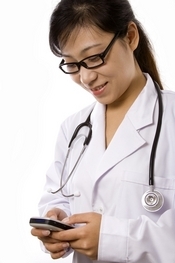 9 Mobile EHRs Fight For Doctors' Attention
(click image for larger view and for slideshow)
Independent-mindedness is a good thing -- to a point. When it flies in the face of common sense and mounting scientific evidence, an independent mindset can do more harm than good.

What am I referring to? The resistance of many clinicians and administrative decision makers to embrace information technology.

Granted, there's a lot to be skeptical about in the world of healthcare IT. There's no overwhelming evidence to show that EHRs lower the cost of care while improving its quality, especially for smaller practices. And big data analytics has yet to prove that it can improve clinical outcomes. But when it comes to computerized provider order entry (CPOE), the jury is in.

The latest HIMSS statistics indicate only 14.6% of healthcare providers had a CPOE/clinical decisions support system in place as of the second quarter of 2013. These abysmal stats persist despite the facts that 1) CPOE is needed to meet Meaningful Use Stage 1 requirements, and 2) there's ample proof that computerized ordering of medications, lab tests and the like has a very real impact.

The Massachusetts Hospital CPOE Initiative (MHCI), which published the Clinical Baseline and Financial Impact Study, did an in-depth analysis of six Massachusetts community hospitals, looking at 4,200 charts to see if a CPOE system could prevent adverse drug reactions and reduce the use of unnecessary medications and lab tests.

The latest MHCI stats, from 2008, found that a CPOE program would pay for itself for the average community hospital in about 26 months. More recently 2013 analysis showed CPOE cuts the likelihood of medication errors almost in half.

Similarly, the federal Agency for Healthcare Research and Quality has reported, "CPOE systems with clinical decision support systems can improve medication safety and quality of care as well as improve compliance with guidelines, improve the efficiency of hospital workflow and reduce cost of care."

So what's holding back hospitals and practices from getting on board? No doubt cost is a factor. So are cultural resistance and "independent-mindedness." But workflow issues and technological difficulties involved in installing the system also seem to be stumbling blocks.

A recent report from KLAS should make CPOE easier for those providers that already have an EMR system in place but have not added an order entry component. The research group interviewed six independent healthcare facilities across the nation to get their take on a CPOE program called PatientKeeper. The providers unanimously declared that they see the EMR overlay as a long-term solution for their facilities, according to KLAS.

Evidently, providers were satisfied with PatientKeeper because it could be used in conjunction with an existing EMR. The KLAS report, Patient Keep 2013: A New Take on Inpatient CPOE, quotes one IT director who describes the program as "a nice alternative for people who don't want to do a rip and replace."

Whether you install a CPOE from one of the major EMR vendors, a third party like PatientKeeper, or build your own platform, the time for procrastination is over.

We welcome your comments on this topic on our social media channels, or [contact us directly] with questions about the site.
Comment  |
Email This  |
Print  |
RSS
More Insights
Webcasts
Securing Active Directory the Way it Deserves
Emerging Security Threats Your Enterprise Should Be Aware Of
More Webcasts
White Papers
2019 Software Exploits, a Technical Deep Dive into Vulnerabilities
SOC 101
More White Papers
Reports
The New Face of IT Automation
State of Cybersecurity Incident Response
More Reports