50%
Tweet
Taking over from Martin Winterkorn, former Porsche chairman Matthias Muller will try to regain customer trust for Volkswagen in the wake of its emissions cheating scandal. Holding a master's degree in computer science, Muller brings a familiarity with software that may help the automaker emerge from its crisis.

Volkswagen AG on Friday appointed Matthias Müller, chairman of Porsche AG, as its new CEO. Müller replaces Martin Winterkorn, who resigned on Thursday in the wake of revelations that the company used software to cheat on emissions tests.

Müller, 62, apprenticed as a toolmaker with Audi AG after high school. He subsequently studied computer science at Munich University of Applied Sciences. His master's degree in computer science may provide greater awareness of the implications of automotive software than that exhibited by his predecessor.

"My most urgent task is to win back trust for the Volkswagen Group -- by leaving no stone unturned and with maximum transparency, as well as drawing the right conclusions from the current situation," said Müller in a statement. "Under my leadership, Volkswagen will do everything it can to develop and implement the most stringent compliance and governance standards in our industry."

Volkswagen has much to do. A week ago, the US Environmental Protection Agency, in conjunction with the California Air Resources Board, issued a Notice of Violation charging that the company had deliberately employed software -- a "defeat device" -- to allow noncompliant diesel engines to pass emissions tests. 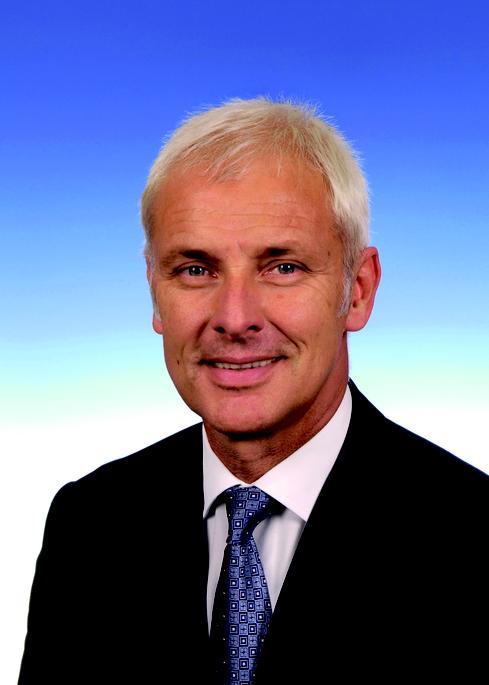 The scandal subsequently widened when Volkswagen acknowledged that 11 million vehicles worldwide relied on its deceptive software. According to The Guardian, the company's software allowed between 250,000 and 1 million additional tons of nitrogen oxides (NOx) into the atmosphere annually, potentially as much as all of the industries in the UK emit each year.

Volkswagen has set aside €6.5 billion ($7.2 billion) in its third quarter to cover costs arising from the scandal. The company faces dozens of lawsuits and fraud investigations in multiple countries. 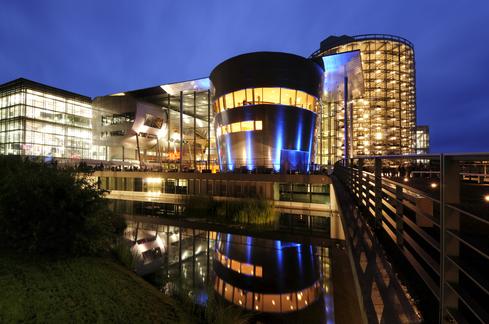 In a phone interview, Jason Hanold, managing partner of executive search firm Hanold Associates, said it's too early to tell whether Müller will be successful in dealing with the crisis, and whether he will remain at the helm for a long time.

Hanold said that if Volkswagen AG were a standalone entity, there would be a clear case for finding new leadership from outside the organization. "The upside to this is that you have somebody who has relationships across the corporate portfolio, across the supervisory board. He's a known quantity, which will help in efforts to identify the unethical behavior and to eradicate it."

He said that, while the extent of the problem remains unclear, Müller's existing relationships should help the company fix things sooner.

"Müller could be an outstanding choice if he approaches this with precision, urgency, and transparency," said Hanold. "Or he could be a mask for the issue if he's vague."

Thomas Claburn has been writing about business and technology since 1996, for publications such as New Architect, PC Computing, InformationWeek, Salon, Wired, and Ziff Davis Smart Business. Before that, he worked in film and television, having earned a not particularly useful ... View Full Bio
We welcome your comments on this topic on our social media channels, or [contact us directly] with questions about the site.
Comment  |
Email This  |
Print  |
RSS
More Insights
Webcasts
The ROI Story
Zero-Trust In Practice
More Webcasts
White Papers
Let's Talk: Why Language Matters in Cybersecurity
PWAs: Powering Next Gen Business on the Web
More White Papers
Reports
2019 State of Privileged Access Management (PAM) Maturity Report
2019 Threat Hunting Report
More Reports

While CO2 isn't very potent as a greenhouse gas, I think it is rather significant that it is up so much over any time in the last almost one million years. It's just so disappointing that, despite so much money being spent on battery research all over the world, there still is no halfway efficient method of storing solar energy. In one form or another, it seems that these Volkswagon-type problems are going to be with us for the foreseeable future.
Reply  |  Post Message  |  Messages List  |  Start a Board

From what I understand, EU policy. The EU decided to jump all in on the global-warming scare and has made a much bigger deal about CO2 than actually pollutants like NOx. So, diesels satisfy the low levels of CO2, while still making either zippy cars or super-fuel-efficient yet quite usable cars.

For some reason, the USA, Canada (and maybe a few other countries) have far more strict overall pollutant requirements (including NOx)... so are the exception here.

@impactnow, I would say until law catch up with it :) as each Co. this days try to care only about one thing proffit... sad reality...
Reply  |  Post Message  |  Messages List  |  Start a Board

You're right, and it's a multifaceted problem. Everyone's favorite is pointing out our politician's sheer lack of understanding of the technology, at least here in the states ("series of tubes" et al). It's true - A quick comparison to Europe shows a scary divide in the respect of people's privacy and rules for how long companies can hold onto customer data. The other issue is enforcement. We can't really know what's going on in someone's backend (that was certainly the problem in the VW case), so the law doesn't always do us much good. Moreover, even a very stringent law can't account for all loopholes. When one practice is explicity outlawed, it seems something else that occupies a legal gray area is ready to take it's place. It can be a scary time to live in.
Reply  |  Post Message  |  Messages List  |  Start a Board

xerox203 sadly untl our legisltion process catches up to these types of crimes we are destined to see more of them in the future. The punishment need to fit the breach rather have consumers or shareholders pay the price.
Reply  |  Post Message  |  Messages List  |  Start a Board

Very true. When we talk about the 'smart car' the 'smart home' and the 'Internet of Things', these are the sorts of things that people are worried about. Someone will abuse a loophole, our privacy and our lives will be vulnerable, or, as in the Volkswagen case, the technology will be used to exploit the consumer, rather than benefit them, and we'll be none the wiser. It seems we have a sort of 'wild west' where the technology is moving faster than standards can keep up, and companies are using the technology first and worrying about compliance later. Look at unwanted WiFi tracking of customers in stores; it's a legal gray area. Standards are absolutely the key here.
Reply  |  Post Message  |  Messages List  |  Start a Board

.I read the article about BMW emissions.They denied any wrongdoing, even though the tests say otherwise. In one part the article says: "We (BMW) observe the legal requirements in each country."
Why there isn't a global standard about diesel emissions? What is bad or unhealthy in a country (USA) can't be good to another, right? Am I missing something here?
Reply  |  Post Message  |  Messages List  |  Start a Board

I agree, it is a bit of a shock to say the least when owners of diesel cars who purchased them not necessarily only for the cost savings in regards to fuel, but also because they genuinely though they were buying a car that was going to be less harmful on the environment, to find out that well, their car is worse for the environment.

The issue for VW is that now they will have to work twice as hard to prove that any future diesel or "clean energy" cars can actually prove their claim, as even software is going to be met with skepticism.  It's great that VW was caught for their false claims, but it also means that VW has a lot of image and branding repair to do.

Such a shame, but it will hopefully mean more stringent testing on all levels before these claims can be used in advertising.
Reply  |  Post Message  |  Messages List  |  Start a Board

I'm very curious if we're going to see more fallout from this as time goes on. I find it hard to imagine that some other auto-maker didn't purchase a VW TDI over all of those years to do their own testing to figure out how VW was pulling it off (and why they couldn't). And, if they would have done so, they would have discovered this cheat. And, that almost certainly being the case, why wouldn't they have exposed VW? So, my guess is that there are a lot of skeletons in the closet here.

(Actually, VW was caught once in the past, and I think this current issue was known as far as a year ago if the sources I've recently heard are correct... haven't had time to check them myself. Also, there are some EU/Russia/Germany/USA politics going on here which I'm not sure can be ignored in the breaking of this story at this moment in time... but that's a whole other discussion.)

But, yes, it's clear more *actual* testing needs to be done vs just trusting the computer or simplistic test environment. And, in this case, it's not like they have to test every single car with advanced methods. If the govt. just went at random (like Consumers Report does) and purchased one and did advanced testing on it... so long as the results matched up, maybe the more simplistic testing on every vehicle would be fine.

What also ticks me off about this (as a VW TDI owner wanting to actually help the environment... aside from practicality and performance) is that NOx is REAL pollution, and all this global warming baloney lead the EU to choose NOx over CO2 (not directly harmful) as a matter of policy. This lead VW and other makers to strive for 'clean' diesel, as diesel emmits much less CO2 than gasoline. I was tricked into believing they'd found a best of both worlds solution, when in fact they (and by extension, I) were/was poisoning people vs feeding plants.
Reply  |  Post Message  |  Messages List  |  Start a Board

Hopefully we will see technology used for the better of these vehicles rather than for the detriment of society. It's sad when we see someone using technology to avoid standards that are designed to help us all. The penalties for this type of know invasion of standards need to be stiffer to avoid this type of manipulation in the future.