8 Doomsday Predictions From Yesterday And Today
(Click image for larger view and slideshow.)

A coalition of leading technology companies has urged the US Senate to pass the USA Freedom Act to limit bulk data collection and promote greater transparency in government information gathering.

The Senate is scheduled on Tuesday to vote on the legislation, which calls for an end to the bulk collection of phone records and reforms the FISA court, but without fully addressing online surveillance or suspicionless surveillance. If the bill gets 60 votes, further debate will shape the final language of the legislation for an additional vote later in the week.

"The legislation prevents the bulk collection of Internet metadata under various authorities," the letter says. "The bill also allows for transparency about government demands for user information from technology companies, and assures that the appropriate oversight and accountability mechanisms are in place."

The companies, many of which collect quite a bit of data on users, came together last year under the name Reform Government Surveillance. In December 2013, the group asked President Obama to change the way the government conducts online surveillance and data collection, following revelations about widespread, unchecked spying made by ex-NSA contractor Edward Snowden. 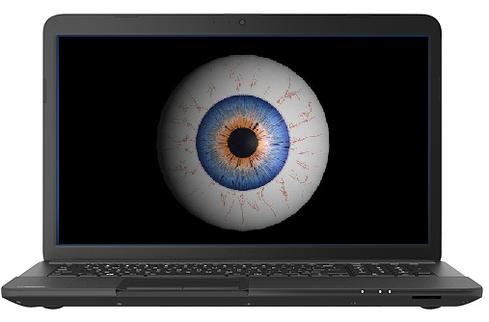 In January, President Obama announced five surveillance reforms, but critics contend the reforms do very little to rein in the NSA and other government agencies.

Disappointment over those reforms led the Reform Government Surveillance coalition to join a number of other companies (Automattic, CloudFlare, DuckDuckGo, Mozilla, Reddit, ThoughtWorks, and Tumblr, among others) and advocacy groups (the American Civil Liberties Union, the Center for Democracy & Technology, the Electronic Frontier Foundation, and Greenpeace, among others) to participate in The Day We Fight Back. The online protest event, held in February, prompted 185,000 people to register and resulted in the delivery of 555,000 protest emails.

Earlier this year, the House passed its own version of the US Freedom Act, which includes last-minute changes that significantly weakened the bill. The Senate vote offers an opportunity to reverse some of those changes, and the Electronic Frontier Foundation is urging people to call their Senators to ask for the introduction of amendments that support greater privacy and limit government surveillance powers.

Thomas Claburn has been writing about business and technology since 1996, for publications such as New Architect, PC Computing, InformationWeek, Salon, Wired, and Ziff Davis Smart Business. Before that, he worked in film and television, having earned a not particularly useful ... View Full Bio
We welcome your comments on this topic on our social media channels, or [contact us directly] with questions about the site.
Comment  |
Email This  |
Print  |
RSS
More Insights
Webcasts
Building Asset Management into Your Enterprise Security Strategy
Managing a Hybrid Cloud Infrastructure
More Webcasts
White Papers
IDC Market Share: How the Network Is Used to Unmask the Adversary
SANS 2021 Cyber Threat Intelligence Survey
More White Papers
Reports
Are We Cyber-Resilient? The Key Question Every Organization Must Answer
The State of Cloud Computing - Fall 2020
More Reports