Startups are using big, open data to power apps and tools designed to keep people healthier -- and we're not just talking about Watson. 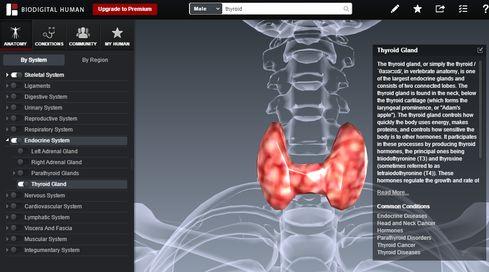 Three years ago, Jeopardy fans got to see Watson, IBM's supercomputer, beat two human Jeopardy champions to take a $1 million prize. Watson's skill at the game derived not just from its computing power but from its ability to process huge amounts of data rapidly. The next year, IBM and the Cleveland Clinic announced that Watson was turning to more serious pursuits and had "enrolled" in medical school. It's been a productive partnership: Last month, they launched a new Watson program using genomic data to find the best options for cancer patients.

Watson's venture into healthcare is part of a new movement to data-driven medicine. The federal government has recently released large amounts of data from the Centers for Medicare and Medicaid Services and the Food and Drug Administration, among other agencies. At the same time, several other trends -- the use of electronic medical records, an explosion of data about the human genome, and advances in data analysis -- have given us the potential for a revolution in healthcare.

We can look forward to more data-driven diagnostics, treatment plans, and predictive analytics to determine the best treatments more scientifically. Many experts now think we're on the verge of a new era of personalized medicine, where an individual's data -- ranging from genetic makeup to exercise habits -- can be used with the right algorithms to help determine a strategy for care.

Vinod Khosla, a leading tech venture capitalist and the former CEO of Sun Microsystems, sees the change as inevitable. He described his vision in a keynote at this past June's Health Datapalooza, an annual celebration of new developments in data-driven healthcare. Khosla predicted that "data science will do more for medicine than all the biological sciences combined" over the next two decades. One driver, he believes, will be the need to reduce medical errors by using computers for more accurate case monitoring than humans can accomplish.

These new advances are made possible by two related categories of data: big data and open data. (I've written elsewhere about the differences and overlap between the two.) Big data, which has been defined in a number of ways, can generally be described as large, complex datasets that test the limits of our abilities to analyze them. They might contain either public information or private records, such as massive numbers of medical records in a large medical system. Open data, in contrast, is any kind of data that's freely available for the public to use, analyze, and republish. Some open data, such as the data released by the Centers for Medicare and Medicaid Services, is also big data. Other open data, such as lists of healthcare providers, might be less complex but equally valuable.

As the data revolution and the healthcare revolution have come together, venture capitalists have begun investing billions of dollars in digital health startups. These companies are finding new ways to use data to apply scientific research, improve care, lower costs, and help people find the best personalized treatment.

In this slideshow, we highlight nine new companies that are exploring the intersection of data and health. Several are listed in the Open Data 500, a study I direct at The GovLab at NYU on companies that use government open data as a key business resource. Click through to see how these startups are using big, open data to power apps and other tools aimed at keeping people healthier.

Joel Gurin is the author of the book Open Data Now, editor of OpenDataNow.com, and senior advisor at The Governance Lab (GovLab) at New York University. He previously served as chief of the Consumer and Governmental Affairs Bureau at the Federal Communications ... View Full Bio
We welcome your comments on this topic on our social media channels, or [contact us directly] with questions about the site.

GA Programmer - I think you are looking for the CMS NPPES.

I just realized I cannot include links in a comment so email me for these links.

There is more NPI-linked data at CMS Physician Compare

Anyone have any info on this? Sounds like the app points people to the Obamacare providers (not bad if you are on that plan I guess), but hardly what I would call a "big data" solution (Big Goverment, on the other hand....) and definitely not "open".

As for the other solutions, it is encouraging to see the innovations out there and the useful ways to use "big data" to provide solutions for health problems.
Reply  |  Post Message  |  Messages List  |  Start a Board
Editors' Choice
Hot Topics