12 comments
Comment Now
What does the European Space Agency's amazing Philae probe landing tell us about where we are as a spacefaring civilization, where we're going, and how to get there? 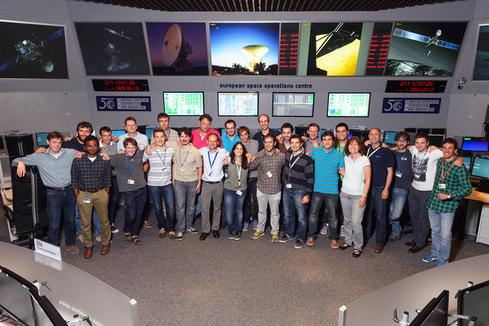 Teamwork, teamwork, teamwork
The 20 member states of ESA all contributed parts, analysis, concepts, and experiments to the project. NASA supplied three additional instruments and the resources of its Deep Space Network to stay in touch with the distant probe; that cooperative effort was managed by the Jet Propulsion Lab in Pasadena, Calif. During the actual rendezvous and landing, control rooms worked from Darmstadt, Germany, and Toulouse, France. Universities and research centers in Gottingen and Cologne, Germany; Rome; and Paris undertook the main design for Philae. Canadians built some key components; Australian antennae were critical to staying in touch with the mission; and it was launched in March 2004 from French Guiana. Given the cost and complexity of deep-space exploration, such cooperation is going to become only more important.

I share John Barnes' wish for a "better than best" scenario where the lander would keep transmitting for a long time, but it now looks like it will be lucky to survive the day according to the BBC. Mission scientists are rushing to gather as much science in a hurry as possible because of their worry that the probe's batteries are fading fast. It may not have landed quite upright after all, meaning its solar panels aren't positioned to recharge as designed.
Reply  |  Post Message  |  Messages List  |  Start a Board
InformationWeek Is Getting an Upgrade!