Score one for supporters of net neutrality as a US appeals court denies USTelecom's request to stay implementation of the Open Internet Order.

In a victory for net neutrality proponents, the US Court of Appeals in Washington denied a request to stay the implementation of open Internet rules brought by broadband industry trade organization USTelecom, whose members include AT&T and Verizon.

The decision means the Federal Communication Commission will be able to implement its Open Internet Order, designed to ensure network neutrality -- the non-discriminatory treatment of Internet data -- starting today, June 12.

In deciding to decline suspension of the regulations, the court issued a brief statement saying the "petitioners have not satisfied the stringent requirements," including proof of irreparable harm following implementation of the rules. 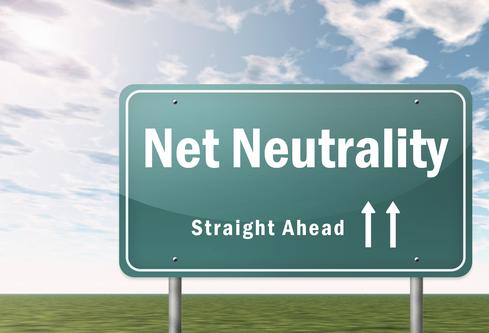 "This is a huge victory for Internet consumers and innovators! Starting Friday, there will be a referee on the field to keep the Internet fast, fair and open," FCC Chairman Tom Wheeler said in a statement. "Blocking, throttling, pay-for-priority fast lanes and other efforts to come between consumers and the Internet are now things of the past. The rules also give broadband providers the certainty and economic incentive to build fast and competitive broadband networks."

On the other side of the debate, FCC Commissioner Mike O'Rielly, an opponent of net neutrality, expressed his disappointed at the court's decision to deny a stay of the order.

"The fight against the Commission's rules, however, has only just begun, because unless eradicated they will ultimately harm the foundations of the Internet, and limit its possibilities," O'Rielly said in a statement. "In the meantime, I will be vigilant in resisting any attempts by the agency to act as a referee enforcing rules known to none of the players and made up along the way."

Echoing O'Rielly's sentiment, CTIA, an organization that represents the US wireless communications industry, released a statement calling the stay denial "disappointing and a loss for consumers" while admitting that securing a judicial stay was always a challenge given the extremely high standards the Court uses to grant one.

"The U.S. is the world's leader in the deployment and adoption of wireless broadband, due in large measure to decades of light-touch regulation," Meredith Attwell Baker, CTIA's president and CEO, said in the statement. "The wireless industry seeks to restore that approach so consumers can benefit from competition and innovation, rather than suffer the harmful consequences of the FCC's overreach that would imperil new services and inhibit investment."

However, a September 2014 Deloitte report suggests that lack of spectrum availability, not regulation ensuring open Internet standards, would be the greatest threat to the US's global competitive advantage in wireless deployment.

This early victory for the FCC is just a prelude to the fight to come. In March, two lawsuits challenging the FCC were filed by Alamo Broadband from Texas and by USTelecom, which argues the way the FCC is implementing the regulations, and not the regulations themselves, is illegal.

The organization pointed out that it continues to support the order's three "bright-line rules" prohibiting blocking, throttling, and paid prioritization, which it said were not part of the stay request.

At a technology conference in New York City last month, Wheeler appeared confident in the order's legal soundness, affirming that he feels "pretty confident" in the rules surviving any court challenges.

Nathan Eddy is a freelance writer for InformationWeek. He has written for Popular Mechanics, Sales & Marketing Management Magazine, FierceMarkets, and CRN, among others. In 2012 he made his first documentary film, The Absent Column. He currently lives in Berlin. View Full Bio
We welcome your comments on this topic on our social media channels, or [contact us directly] with questions about the site.
Comment  |
Email This  |
Print  |
RSS
More Insights
Webcasts
Unifying Your Endpoint Security Strategy
Fact or Fiction? The Truth About Cloud Native Security
More Webcasts
White Papers
Proven Success Factors for Endpoint Security
Why DLP Has Failed and What the Future Looks Like
More White Papers
Reports
Proven Success Factors for Endpoint Security
Cloud & Hybrid Security Tooling Report
More Reports