The $3 billion rural broadband rollout, established as part of the federal stimulus program, left too many projects unfinished, GAO reports.

A federal broadband program established five years ago to kick-start new economic opportunities for rural areas by delivering high-speed Internet connectivity has left a trail of half-completed, partially operational projects in its wake and requires better monitoring and reporting to prevent such costly failures, reports a Congressional watchdog agency.

Several dozen of the Agriculture Department's $3 billion Broadband Initiatives Program infrastructure projects were terminated by department officials for various reasons, including financial difficulties or a failure to meet program requirements, said the General Accountability Office in a June 17 report.

[Do you know the risks? Read Satellite Communications Wide Open To Hackers.]

The actual numbers were 42 terminations of 297 BIP projects, or about 14%, as of March 2014, according to the GAO. Of the 255 remaining projects, 223 were completed or partially operational, and department officials are optimistic that the remaining 32 will be completed by the June 2105 program deadline. While the number of terminated projects might not seem large, each terminated project represents possible broadband service for a large block of subscribers. 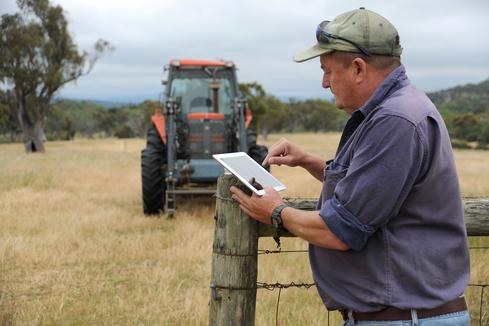 Congress established the Broadband Initiatives Program through the American Recovery and Reinvestment Act of 2009 as a way to fund projects that ultimately would furnish broadband service to end-users in mostly rural areas. The Agriculture Department's Rural Utilities Service (RUS) program administers and oversees the economically important rural broadband program.

The House Committee on Energy and Commerce's Subcommittee on Communications and Technology requested that the GAO review the results to date of the Broadband Initiatives Program and how well it was progressing toward its goal of expanding broadband service to rural America. The Broadband Initiatives Program is a significant program because its $3 billion in project funding constitutes an unprecedented level of federal investment in broadband, noted the GAO.

The statutory provisions of the Recovery Act required RUS program officials to make quarterly reports until all funds were obligated, but the funds had been completely distributed by 2010, after which the quarterly reporting ceased, said the GAO. For fiscal year 2010, which was the last comprehensive reporting of goals and results, BIP officials estimated the number of subscribers that eventually would benefit from the program at 847,239. But in March 2014, program officials lowered the number of anticipated subscribers to 728,733 to account for the terminated projects.

GAO officials believe reporting and tracking the Broadband Initiatives Program's actual results against the updated goal is critical, since the majority of the projects are continuing and awardees are required to report the number of new subscribers for a minimum of five years after construction is completed.

"Without an updated performance goal and regular information reported on the results of BIP projects, it will be difficult for USDA, RUS, and policy makers to determine the impact of Recovery Act funds or [the Broadband Initiatives Program's] progress on improving broadband availability," the report stated.

To help keep the Broadband Initiatives Program on track and increase the success of its individual initiatives, the GAO recommends that the USDA secretary include in the secretary's annual performance plan and report the actual results of the program along with an updated subscribership goal.

While the USDA did include new or improved broadband as one of its performance goals in its annual report in the wake of the Government Performance and Results Act of 2010, it did not furnish specific results pertaining to the Broadband Initiatives Program, the GAO said.

Agriculture officials concurred with the recommendation and said they would institute the recommended procedures.

Network engineers need broader expertise for their careers to thrive in the coming software-defined networking era. Also in the new SDN Careers issue of Network Computing: Don't be a networking dinosaur.

William Welsh is a contributing writer to InformationWeek Government. He has covered the government IT market since 2000 for publications such as Washington Technology and Defense Systems. View Full Bio
We welcome your comments on this topic on our social media channels, or [contact us directly] with questions about the site.
Comment  |
Email This  |
Print  |
RSS
More Insights
Webcasts
How Elite Analyst Teams are Transforming Security with Cyber Reconnaissance
ROI and Beyond for the Cloud
More Webcasts
White Papers
Improving Your Enterprise's Protection With Cyber Resilience
5 Steps to Zero Trust in the Data Center
More White Papers
Reports
Special Report: Edge Computing: An IT Platform for the New Enterprise
Special Report: Understanding Your Cyber Attackers
More Reports

It is very unfortunate that a project like this cannot meet the 100% completion goal. If that was achieved, it could be a life changer for many of those who will remain without highspeed coverage. This would serve as a glarign example of poor project management and execution.