The FCC voted 3-2 to extend and reform a program that would help low-income Americans gain access to the Web through subsidies. The commission is also allowing customers to block spam and robocalls.

The Federal Communications Commission voted along party lines in a 3-2 decision this week to continue subsidizing broadband for poor Americans through reform of the Lifeline program, which started in 1985 under President Ronald Reagan to assist rural residents seeking phone service.

In 2008, the FCC expanded the program to allow participation by low-cost wireless providers, and it launched a pilot program in 2012 to collect data on what policies might overcome key broadband adoption barriers.

The program is designed to help low-income consumers by providing a $9.25 a month subsidy, and said it is seeking comment on proposals to encourage more competition to improve pricing and service among Lifeline providers, and the adoption of minimum service standards for both voice and broadband service. 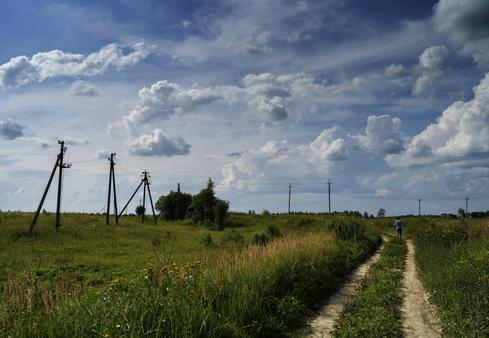 It's been a busy week for the FCC. Earlier this week, the Commission leveled a $100 million fine against AT&T, accusing the carrier of throttling Internet access to its customers and not telling them about changes to the contract. Later, after voting on the Lifeline program, the FCC announced that it's taking steps to protect consumers against robocalls and spam texts.

"In a package of declaratory rulings, the Commission affirmed consumers' rights to control the calls they receive," according to a June 18 statement. "As part of this package, the Commission also made clear that telephone companies face no legal barriers to allowing consumers to choose to use robocall-blocking technology. The rulings were informed by thousands of consumer complaints about robocalls the FCC receives each month."

However, the commissioners voting for the Lifeline program earlier this week went out their way to defend their actions.

"One of this agency's most fundamental responsibilities is to ensure that all Americans have access to vital communications services. We also have a duty to manage public resources in an effective, efficient manner that advances the public interest," FCC Chairman Tom Wheeler wrote in a June 18 statement. "Today's Lifeline item advances both objectives: exploring new ways to expand access to broadband, while strengthening protections against waste, fraud, and abuse."

Wheeler admitted, however, that there are basic design flaws in the program that need to be fixed, such as how those who provide the Lifeline service today certify the eligibility of  those who sign up for the program.

The FCC announcement pointed out that low-income consumers disproportionately use smartphones for Internet access, though nearly half of them have had to cancel or suspend smartphone service due to financial constraints.

[Read more about Tom Wheeler and his vision for the FCC.]

The organization is also looking into the idea of establishing a third-party "national verifier," coordination with other federal needs-based programs, and the use of direct subsidies to consumers through vouchers, as well as input on a budget for the program.

Commissioner Michael O'Rielly, who voted against the measure, lamented the fact that this could have been a unanimous decision in favor of the program, but argued adequate controls and deterrents should be in place against waste, fraud, and abuse before considering a revamp of the program to include broadband.

O'Rielly's lengthy dissent was based around several points of argument, including issues with the delegation of certain policy issues to FCC staff and tying eligibility to the SNAP food stamps program.

"I offered compromise on my top priority and was met with rejection," he wrote. "And it happened so late in the process that there was no time to begin a conversation about my other, serious concerns. In this respect, my low expectations for this item were met."

Nathan Eddy is a freelance writer for InformationWeek. He has written for Popular Mechanics, Sales & Marketing Management Magazine, FierceMarkets, and CRN, among others. In 2012 he made his first documentary film, The Absent Column. He currently lives in Berlin. View Full Bio
We welcome your comments on this topic on our social media channels, or [contact us directly] with questions about the site.
Comment  |
Email This  |
Print  |
RSS
More Insights
Webcasts
Disaster Recovery/Business Continuity in the New Normal
4 Practical Tips for Building a Data Lake
More Webcasts
White Papers
Automate Your Cloud Compliance Journey in 6 Steps
Top Serverless Security Risks and How to Mitigate
More White Papers
Reports
[Report] 2021 State of IT & SecOps
Accelerate Threat Resolutions with DNS
More Reports