This week, the FCC fined two companies, including the Hilton Hotels chain, for obstructing an investigation into its alleged blocking of personal WiFi hot spots. It's the latest salvo in a battle that needs to be fought.

10 iPhone Apps Only An IT Pro Could Love
(Click image for larger view and slideshow.)

The US Federal Communications Commission (FCC) isn't kidding about dealing with those that block WiFi-hotspot access. This week, it started passing out fines to several companies, including the owners of Hilton Hotels, and there's more to come -- which is good news for consumers and travelers.

The FCC started along this warpath against WiFi-hotspot blocking in January, when it issued a stern warning about the practice. The commission stated at the time:

Statements are fine, but the FCC has been backing up those words with action, specifically fines against these hotel chains and large-venue operators. This week it was the owners of the Hilton Hotels chain, Hilton Worldwide Holdings, and WiFi access provider M.C. Dean. But even before these latest fines, the FCC was making some noise on this front.

It started in October 2014, when the commission announced that the Marriott International hotel chain would be fined $600,000 for blocking personal WiFi hotspot access at its properties.

Fast-forward to August of this year, when the commission fined Smart City Holdings for blocking personal mobile WiFi hotspot access at various convention centers it operates. 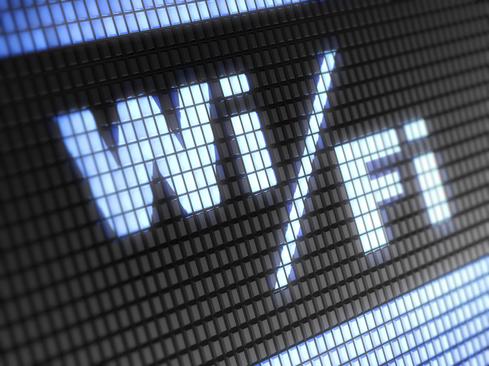 When issuing that judgment, the FCC found that Smart City charged exhibitors and visitors a fee of $80 to access the company's WiFi services for a single day. The FCC's investigation also revealed that if exhibitors or visitors to the convention centers did not pay this $80 fee, Smart City would automatically block users from accessing the Internet when they instead attempted to use their personal cellular data plans to establish mobile WiFi networks to connect their WiFi-enabled devices to the Internet.

Since the calendar turned to November, the FCC has kicked into overdrive.

On Nov. 2, the FCC announced that the operator of the Baltimore Convention Center -- M.C. Dean -- would be fined $718,000 for blocking personal WiFi hotspot access at the center. Here's how the commission put it:

Last year, the Commission received a complaint from a company that provides equipment that enables users to establish hotspots at conventions and trade shows. The complainant alleged that M.C. Dean blocked hotspots its customers had tried to establish at the Baltimore Convention Center. After receiving the complaint, Enforcement Bureau field agents visited the venue on multiple occasions and confirmed that Wi-Fi blocking activity was taking place.

That brings us to Hilton Worldwide Holdings and the company's less-than-full cooperation with the FCC.

The FCC decided in this case that it would need to get nasty with Hilton Hotels. The commission fined the company $25,000 this week for obstructing an investigation into similar practices that I detailed above. This is basically just a forceful way to get the company's attention, since executives and attorneys have not responded to FCC requests for information for about a year.

[ Read about the FCC's spectrum auction. ]

Basically, the FCC and its investigators told Hilton that more fines would be coming if the company did not obey the request for more information. Specifically, investigators are looking into complaints that Hilton charged customers $500 to access its WiFi network at one hotel. Additionally, the commission is seeking information on other Hilton properties, which include Conrad, DoubleTree, Embassy Suites, and Waldorf Astoria properties.

If you're a road warrior who needs WiFi, this Hilton case is a big concern.

"In today's order, the Bureau directs Hilton to immediately provide essential information and documents about its Wi-Fi management practices and warns the company that it may face a significantly higher fine for any continued obstruction or delay," according to the Nov. 2 statement.

So, Hilton is obviously next in the FCC's sights. What the FCC will determine remains to be seen, but it doesn't look good for Hilton at this point. For those traveling, however, accessing the Internet may have just gotten a little easier.

Larry Loeb has written for many of the last century's major "dead tree" computer magazines, having been, among other things, a consulting editor for BYTE magazine and senior editor for the launch of WebWeek. He has written a book on the Secure Electronic Transaction Internet ... View Full Bio
We welcome your comments on this topic on our social media channels, or [contact us directly] with questions about the site.
Comment  |
Email This  |
Print  |
RSS
More Insights
Webcasts
The Failures of Static DLP and How to Protect Against Tomorrow's Email Breaches
Protecting Your Enterprise's Intellectual Property
More Webcasts
White Papers
Centralized Security Policy Management Across Hybrid Cloud Environments Should be an Obvious Strategy
From MFA to Zero Trust
More White Papers
Reports
The State of Threat Detection and Response
2021 Top Enterprise IT Trends
More Reports

The fine should go to the enforcers/regulators for training, education, recruitment, etc. It should be fed back into the mission, which in this case I can't be happier about. Who could be unhappy about it? The fraudsters and extortionists charging for those daily wi-fi fees?
Reply  |  Post Message  |  Messages List  |  Start a Board

The victim gets a tax deduction.

The fine is always a tricky area - it comes from the people with wrong doings but it does not fully go to the victim.
Reply  |  Post Message  |  Messages List  |  Start a Board

Paying for Wi-fi anymore is right up there with being charged to use the toilet. It just screams low class and reeks of gouging customers and vendors and anyone else happening to be on site. I'm surprised Hilton was doing this. I always equated Hilton hotels with with a nice stay and not with nickel and dimeing me for things I expect to have. They are only hurting their brand by pulling this type of money grab. If businesses could stop and decide not be quite so greedy, he FCC would never have noticed them.
Reply  |  Post Message  |  Messages List  |  Start a Board

His amusement park had as its catchphrase "Beer and Free Toilets".

@GA, I get your point but the logistics of distributing that money back to the people at those hotels at time of offense would be impossible. Think about what that would take (cost wise) if the goverment had to execute it. And if you forced Hilton to execute it, what would each person get, maybe $1? 25 cents?

As Larry said, the key is the offending company feels the pain, not so important where the fine goes. It's a ridiculous practice, an extension of denying you (for example) bringing your own food and drink to a venue so they can sell you ridiculously over priced food/drinks inside. I'm just shocked we are all allowed to still go to the bathroom for free at these places. That's probably next revenue stream. :-)
Reply  |  Post Message  |  Messages List  |  Start a Board

Techncially, it does benefit the tazpayer by funding the agency.