BlackBerry is threatening to leave Pakistan within the next month if the government keeps insisting on backdoor access to the company's messaging service.

In a move that may have worldwide implications on mobile technology and security, BlackBerry announced Monday that it would rather leave Pakistan than comply with the government's order to install security backdoors into the company's encrypted services.

BlackBerry, which is based in Canada, announced its decision Nov. 30 in a blog post. While the company was prepared to leave immediately, the Pakistani government announced that it will not require compliance for another 30 days, which pushes the deadline to Dec. 30.

BlackBerry noted on its website that it will remain in Pakistan for the month.

The Pakistan Telecommunications Authority (PTA) chairman Syed Ismail Shah, told media outlets on Monday: "The level of access is still under discussion. We can extend the deadline and they can continue to work until then."

Pakistani media explained that the government's demand for backdoor access to all BlackBerry messages is a response to terror attacks, specifically: "Repeated terror attacks in Pakistan have compelled the government to monitor all domestic phone lines and Internet traffic." 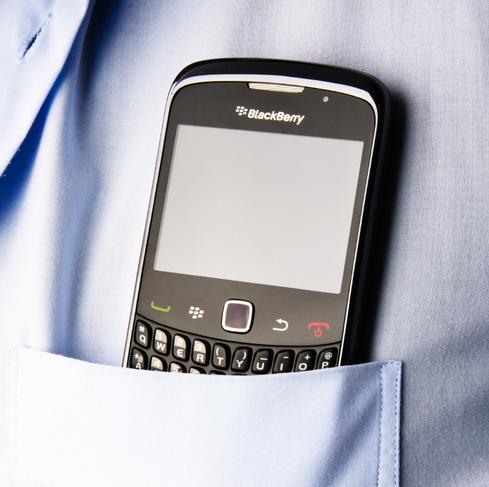 In July, the Pakistan Telecommunications Authority notified the country's mobile phone operators that BlackBerry's BES servers would no longer be allowed to operate in the country starting in December "for security reasons." The truth is [was] that the Pakistani government wanted the ability to monitor all BlackBerry Enterprise Service traffic in the country, including every BES e-mail and BES BBM message. But BlackBerry will not comply with that sort of directive. As we have said many times, we do not support "back doors" granting open access to our customers' information and have never done this anywhere in the world.

Although the PTA claimed it was solely focused only on gaining access to BES, BlackBerry decided that the demands were too much and too broad and the company decided to withdraw its consumer business from the country all together.

"Pakistan's demand for open access to monitor a significant swath of our customers' communications within its borders left us no choice but to exit the country entirely," Beard added in the post.

Two years ago, BlackBerry was not so principled. The company allowed the Indian government into its consumer messaging servers, but withheld access to its enterprise servers.

It may be that the PTA and Pakistani government is looking for a deal similar to the one that BlackBerry cut in India with only partial access allowed. However, in the post-Snowden landscape, such a deal would undermine the company reputation for providing secure communications.

It's not just Pakistan or India where the issues have sparked fierce ideological battles over privacy and security. In the US, President Obama recently announced that his administration would not seek backdoors for encryption methods on smartphones, but the federal government could seek alternatives down the road.

The terror attacks in Paris have also sparked renewed debate in the US, as well as Europe, about tracking information that people have stored on their smartphones.

As for BlackBerry, the withdrawal from Pakistan might not affect the company's fortunes that much. The company has watched its market share shrink in North America, as well as around the world, in no small part due to competition in emerging markets from Android and Apple's iPhone, according to Gartner's latest figures.

Larry Loeb has written for many of the last century's major "dead tree" computer magazines, having been, among other things, a consulting editor for BYTE magazine and senior editor for the launch of WebWeek. He has written a book on the Secure Electronic Transaction Internet ... View Full Bio
We welcome your comments on this topic on our social media channels, or [contact us directly] with questions about the site.
Comment  |
Email This  |
Print  |
RSS
More Insights
Webcasts
People Are The Most Important Part of Autonomous SOC
Cybersecurity's Next Wave: What You Should Know
More Webcasts
White Papers
Why Add Security to Your Skill Set and How to Do It
Intelligent Outcomes Are Key to Business Resilience
More White Papers
Reports
Improving Security by Moving Beyond VPN
Are We Cyber-Resilient? The Key Question Every Organization Must Answer
More Reports

Either they stuck to their core values or used them as a pretext to exit a market where it was not doing well.
Reply  |  Post Message  |  Messages List  |  Start a Board

Yes, I agree also . Nonetheless,  Pakistan is not Canada , US or a member of the EU. So, I believe, it was a good move from Blackberry to protect the privacy of its customers, whether a few or millions
Reply  |  Post Message  |  Messages List  |  Start a Board

"I believe Blackberry did the right thing to live up to the name and expecations it had from the users."

Agreed, Blackberry stuck to there core values, which is protecting customer data, one of the aspect that the are well known and respected for.

Blackberry had already lost it's position in the Pakistan market and barely carried any share. It was dying a natural death. The fact that they chose to do it after putting it on the government has gotten them some media attention and some publicity they hadn't got in a while. Overall, no financial loss and yet some coverage in the news.
Reply  |  Post Message  |  Messages List  |  Start a Board

"Its truely a wise decision taken by blackberry to exit from the markets that they are not secure. After all blackberry should retain its status."

@Shakeeb: It's not about Blackberry's own security that was a concern here. It was more about the ethics where they'd have had to reveal user's data to the government without the user's consent. I believe Blackberry did the right thing to live up to the name and expecations it had from the users.
Reply  |  Post Message  |  Messages List  |  Start a Board

While I agree with your position, not every one does.
Reply  |  Post Message  |  Messages List  |  Start a Board

Its not ethical for governments to ask for back doors to a secure messaging platform. Its good that blackberry wrote to the public.
Reply  |  Post Message  |  Messages List  |  Start a Board

Its truely a wise decision taken by blackberry to exit from the markets that they are not secure. After all blackberry should retain its status.
Reply  |  Post Message  |  Messages List  |  Start a Board
Editors' Choice
Hot Topics