FBI Director James Comey gave a speech April 6 discussing the case against Apple and calling for not litigation but conversation that's fair, measured, and thoughtful -- and where participants are open to being wrong.

The federal court fight between Apple and the FBI over iPhone encryption might be on hold for a while, but that doesn't mean each side isn't still trying to make it appear that its stand is the right one. The latest salvo was delivered by FBI Director James Comey.

"We are all people trying to do the right thing," Comey said April 6, concluding a speech at the Kenyon Center for the Study of American Democracy at Kenyon College. (Side note: Comey's son attends school there.)

The speech followed a globally watched drama that began with a Feb. 16 court order requiring Apple to create software to help the FBI access the contents of an encrypted iPhone. The recent activity ended March 28, when the FBI vacated the order, saying it was working with a third-party vendor that had come up with a solution.

Comey, who provided testimony before a House Judiciary hearing on the matter, gave a speech that highlighted the central friction in the argument, but also how impassioned, and biased, the arguments have become. (Such passion has arguably reduced Comey to role of "bad guy," or at least to a Tim Cook foil.) 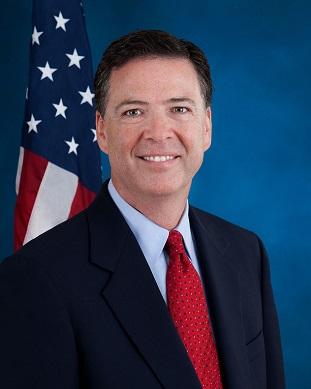 Comey used the speech to call for a truly thoughtful conversation on the issue, which, he clarified, means both parties should be open to the idea that they may be wrong.

The speech seemed to -- respectfully -- put a ball in Tim Cook's court. (Or maybe President Obama's? Perhaps it's time for another round of beer on the White House lawn.)

The complete speech can be viewed on the Kenyon website. Below are five highlights from the speech that add nuance to the conversation. We also hope it continues.

1. "There are no absolutes in American life."

"There are vital constraints on law enforcement, and we must never, ever forget them. But the general principle is one we have always accepted in this country: There is no such thing as absolute privacy in America. There is no place outside the reach of judicial authority. That's a bargain that we made with ourselves 240 years ago to achieve two things we all treasure: liberty and security.

"And that bargain -- no invasion of private spaces without good reasons and appropriate oversight -- has made America a country rooted deeply in the rule of law. But it has also meant that there are no absolutes in American life."

"Encryption brings us to a place where all of us can be entirely private … and there is a lot to love about this. I love strong encryption. It protects us in so many ways from bad people. … In many ways I think all of us like the idea of a storage space in our lives that no one can get into. A safe box that's only mine.

"But it takes us to a place -- absolute privacy -- that we have not been to before, where the balance we have long struck is fundamentally challenged and changed. And that's why we have to talk about it. That's why we have to have an adult conversation about the balance that means so much to all of us. Because no matter how you feel about it, you have to acknowledge that there are costs to this new world."

3. "If I were Apple's lawyer, I would have made the same argument."

"The danger is, if we try to guess the passcode, beyond the tenth guess, the phone may well auto-encrypt permanently -- essentially erase itself. And even if that feature went away, guessing would take us decades, because the phone is designed to have each guess require a longer period of time, as you wait to make the next guess. … So we went to court … and requested a court order that would direct Apple to do a couple things -- two things. Shut off that auto-encrypt feature on the phone, and shut off the feature that delays successively longer periods after each unsuccessful guess. … The phone could stay in Apple's possession, and the software they wrote could stay in Apple's possession.

"Apple resisted the order, which is their right. Their main argument was that the court didn't have the authority to order them to take the step of creating software … And that's a good faith, reasonable argument. …

4. "It would be a bad thing if the conversation ended."

"Litigation is a terrible place to have any kind of discussion about a complicated policy issue. Especially one that touches on our values, on the things we care about most, on technology, on tradeoffs, and balance. So it is a good thing that the litigation is over. But it would be a bad thing if the conversation ended."

5. "On behalf of the grown-ups of the United States, I'd like to apologize."

"On behalf of the grownups of the United States, I'd like to apologize. We have not done a good job in this country, in recent years, at modeling how to have good conversations about hard things. We tend to shout talking points … without any real interest in questioning our own assumptions, our own perceptions, our own reasoning, and without an openness to being wrong, in whole or in part.

"… John Adams once wrote, to Thomas Jefferson, 'Power always thinks it has a great soul.' People, in my experience, are at their most dangerous when they are certain their cause is just and certain and that their facts are right."

Michelle Maisto is a writer, a reader, a plotter, a cook, and a thinker whose career has revolved around food and technology. She has been, among other things, the editor-in-chief of Mobile Enterprise Magazine, a reporter on consumer mobile products and wireless networks for ... View Full Bio
We welcome your comments on this topic on our social media channels, or [contact us directly] with questions about the site.
Comment  |
Email This  |
Print  |
RSS
More Insights
Webcasts
What We Can Learn from Sports Analytics
Protecting Your Enterprise's Intellectual Property
More Webcasts
White Papers
From MFA to Zero Trust
Two-Factor Evaluation Guide
More White Papers
Reports
Are Unprotected Cloud Databases Leaking Your Data?
Special Report: The Changing Face of Threat Intelligence
More Reports

Regarding Mr. Comey's Speech, I would like to address the 5 major Points one at a time:

1. "There are no absolutes in American Life", there are the very foundation to which he refers also has the Declaration of Independence which Starts with "We the People" This is an absolute foundation of this country, our Government operates at the will of the people, not the other way around. That said, the FBI and local Law enforcement can not have it both ways, they should be subject as well to the same laws as the rest of the citizenry. In the Apple case, the FBI wanted to gain access to a device, ostensible because there may be useful information of a security nature. There are many other cases awaiting the outcome, and not all are for Security involving terrorist threats. In the last few weeks, Local law enforcement in Seattle raided the hope of two private individuals who operated a TOR server, which was enabling people to have private communications. The Stated purpose for the raid was an allegation of Child Pornography. The home was raided at 6:15 in the morning the married couple were separated into two police vans while they were told if they surrendered their passwords the investigators would go through all of their materials.  Should they not give the Root passwords then all of their equipment would be impounded.

Is his work so valuable that the crimes committed outweigh the work he does on behalf of the FB?

2. "There are costs to this new world", indeed there are.We have been here before contrary to Mr. Comey's speech, it was in the early 1950s and it also was at the directions of the FBI, historically known as the McCarthy Era, where there was a communist behind every door and people were asked to spy on and report each other. Nothing has changed here, only the technology.  Encryptions is just another path on the journey, it will change it will evolve. The FBI was already in the Apple case demonstrated this when they dropped the case, since they had found another method to attack the problem. I would remind anyone reading this that all of us using VPN's either privately or at work are encrypting our communication with essentially the same methods the FBI is upset about. We also encrypt our storage media, and certainly want our personal information, financial, medical and so on to remain what it is and should be private.

3. "If I were Apple Lawyer, I would have made the same argument", Frankly if you were anyone who values there privacy at all you would make that argument. What methods does Mr. Comey use in his personal life for privacy? I am betting that even he does not use the FBI VPN for communicating with his financial advisors or bank, and not just because it would be a misappropriation, but i am pretty sure he does not his whole life made public. Does he have something to hide? I sincerely believe he does not, but he has the same rights as all of us to reasonable privacy.

4. "It would be a bad thing if the conversation ended", I completely agree. What Mr. Comey follows with is "Litigation is a terrible place to have any kind of discussion about a complicated policy issue", while that statement is true, Apple did not start the litigation sir, you did! It does not take a lot of digging to find other cases where the fore of the law is being used to bully and take advantage of people such as the operators of the TOR service mentioned above. Interestingly the litigation is only over because you withdrew the complaint. Unless we engage in dialog and change now, it will happen again. Let me make it more clear, since the FBI has found another method to attack the security problem of the Apple case, how many investigations are lined up behind this case.? So Please Mr. Comey, start the dialog and start it now.

5. "On behalf of the grown-ups in the United States, I'd like to apologize." To that and the rest of the statements, thank You and very nicely worded. I agree meaningful dialog soon is in order. Making sense of the laws and adapting them in a meaningful way and so that those laws are used correctly not abusively is in order.

Note: Since I can not post URL references.. Search teh web for:

We still have to have the debate.  That means he actually has to make his case, which I don't think he has done.
Reply  |  Post Message  |  Messages List  |  Start a Board
Editors' Choice
Hot Topics