The Environmental Protection Agency and the California Air Resources Board claim VW deliberately programmed almost 500,000 diesel cars to emit fewer pollutants under test conditions than during actual use.

The US Environmental Protection Agency on Friday charged Volkswagen with deliberately employing software designed to bypass emission standards in almost half a million cars and ordered the company to fix its non-compliant vehicles.

The EPA issued a notice of violation (NOV) of the Clean Air Act to Volkswagen AG and its subsidiaries, Audi AG and Volkswagen Group of America. The NOV claims that four-cylinder Volkswagen and Audi diesel cars from model years 2009-2015 used a "defeat device" that regulates emissions only during emissions testing.

According to tests conducted by the EPA and the California Air Resources Board (CARB), affected vehicles emit as much as 40 times more pollution than allowed by emission standards.

"VW is cooperating with the investigation; we are unable to comment further at this time," Volkswagen said in an emailed statement. 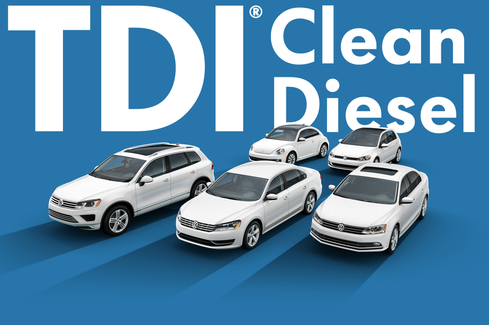 The CARB, in a separately issued compliance violation letter, stated that Volkswagen officials acknowledged the deception was deliberate. "During a meeting on September 3, 2015, VW admitted to CARB and EPA staff that these vehicles were designed and manufactured with a defeat device to bypass, defeat, or render inoperative elements of the vehicles' emission control system," the letter said.

The EPA in its NOV alleged, "...VW manufactured and installed software in the electronic control module (ECM) of these vehicles that sensed when the vehicle was being tested for compliance with EPA emissions standards."

During tests, the software produced compliant emissions results. But on the road, the software allowed NOx emissions ranging from 10 to 40 times higher than EPA limits, depending whether the vehicle was driving in a city setting or on a highway.

The issue came to light in May 2014 when West Virginia University's Center for Alternative Fuels, Engines, and Emissions conducted a study commissioned by International Council on Clean Transportation. WVU tested a 2012 VW Jetta and a 2013 VW Passat. The emissions data found by WVU researchers differed from that reported by VW.

After a voluntary recall in December 2014 showed only minor improvement, CARB broadened its testing to understand the results it was getting. According to the EPA, it was only after CARB and the EPA refused approve VW's 2016 diesel vehicles that the carmaker admitted it had installed a bypass device.

VW faces fines of up to $37,500 per vehicle, or more than $18 billion for 482,000 affected vehicles, as well as additional fines. The EPA has not yet specified the total penalty it will seek.

Thomas Claburn has been writing about business and technology since 1996, for publications such as New Architect, PC Computing, InformationWeek, Salon, Wired, and Ziff Davis Smart Business. Before that, he worked in film and television, having earned a not particularly useful ... View Full Bio
We welcome your comments on this topic on our social media channels, or [contact us directly] with questions about the site.
Comment  |
Email This  |
Print  |
RSS
More Insights
Webcasts
The Failures of Static DLP and How to Protect Against Tomorrow's Email Breaches
Strategies for Success with Digital Transformation
More Webcasts
White Papers
A Practical Guide to SASE Migration
From MFA to Zero Trust
More White Papers
Reports
Assessing Cybersecurity Risk in Todays Enterprises
The Drive for Shift-Left Performance Testing
More Reports

In the 90s, I believe, VW hit another low point based exclusively on poor quality (and probably poor marketing too). They had a huge hit on their hands with those Jettas, but then word got out about how the cars didn't last. They made another comeback recently, but it seems that they cant get out of their own way...or can't turn around their inferior processes and ethics.
Reply  |  Post Message  |  Messages List  |  Start a Board

Interesting.  I didn't have a recollection of Orlando being particularly smoggy, but some Googling indicates that it's become more of a problem in recent years in that area.

Apparently Pensacola and the Tampa/St. Pete's area are also rather smoggy, too.
Reply  |  Post Message  |  Messages List  |  Start a Board

@TerryB  - Agree, agree, agree.  The government is supposed to be the common sense and to use a legal term, "reasonable man" of society.

Volkswagen, however, has always been one to skirt the long arm of the law and has apparently not learned from their recent sex and bribery scandals.  Eventually, you get caught.  And eventually people won't trust you anymore.
Reply  |  Post Message  |  Messages List  |  Start a Board

Yes, Joe. You combine those thousands of miles of highway, the millions of cars, with the oppressive heat and humidity, and Houston's got to be a literal deathtrap for people with asthma and other breathing difficulties. I would imagine other big Southern cities are equally nicht so gut, like Atlanta, maybe Orlando.
Reply  |  Post Message  |  Messages List  |  Start a Board

Indeed, here in the US we already have over-polluted cities.  I know people who have had to move away from Houston to New England because of Houston's exceptionally poor air quality.
Reply  |  Post Message  |  Messages List  |  Start a Board

This would be an issue regardless of the EPA.  The FTC (along with state AGs) would also have enforcement jurisdiction here because of VW's engagement in unfair and deceptive trade practices in lying about/manipulating data.
Reply  |  Post Message  |  Messages List  |  Start a Board

"The government put the clamps down 20 years ago, now forcing them to dredge and cleanup these waters. Slowly the waters are almost usable again. You think these businesses would have acted on their own to clean things up? There is a role for government oversight, the debate is simply how much."

Terry, yes government and local bodies have their own roles in enforcing laws and rules to make things happens. Otherwise, these types of industries won't care either about nature or surroundings and finally leads to major consequences.
Reply  |  Post Message  |  Messages List  |  Start a Board

"Most emissions testing requires the inspector to link the exam equipment to the car obd connector (On Board Diagnostic) to verify the car being tested is the car reported. So in addition to the dyno/emissions mentioned below, it could be pretty obvious to the car the combination of data being requested for emissions testing or simply any odb connection had been made.  Eitherway, must be some pretty interesting code, as the software would likely need to change the expected values for the oxygen sensors in the exhaust, mass airflow sensors, etc."

Should beu2, you are right. Testing equipments have to link with car and sensors for detecting the emission level. If they found a lower emission level, then it's a fault of sensing and detecting devices. how one can manipulate such readings, that too from vehicle itself.
Reply  |  Post Message  |  Messages List  |  Start a Board

TerryB, excellent points. The argument against government regulation is regressive and refuses to acknowledge the lessons of the past. The Progressive Movement that got into poiwer in the early 20th century was in large part driven against the excesses of business in the late 19th century --- tainted food, child labor, unsafe workplaces, etc. --- and that's led to subsequent attempts to make businesses understand their roles in their communities. They are stewards of the community, and there are costs to that. Why must they be made to realize this? Because it's "economics" that businesses will always cheat, even when there aren't rules. You can argue, the fewer rules they have, the more they'll cheat. If you want businesses that can pollute freely, move to a big Chinese city and see how well your lungs are doing in a few months.
Reply  |  Post Message  |  Messages List  |  Start a Board
Page 1 / 3   >   >>
Editors' Choice
Hot Topics