50%
Tweet
The CIO of the Department of Defense has devised an ambitious IT plan that aims to help the military branches cope with billions of dollars in budget cuts.

The DOD's IT Enterprise Strategy is one of Takai's first deliverables. It identifies 26 "lines of effort" that aim to meet three broad objectives for tech spending and implementation: efficiency, effectiveness, and security.

David DeVries, a DOD deputy CIO and project leader of the IT Enterprise Strategy, uses the term "line of effort" rather than project in describing the strategy because much of the activity involves more than a single contract. For example, the DOD wants to consolidate and optimize its many networks, not just one of them. And it wants to improve IT acquisition across its operations through broader use of enterprise licenses and deals. Other lines of effort include data center consolidation, identity management, and network security.

The IT Enterprise Strategy has its roots in former Deputy Secretary William Lynn's push last year for DOD-wide efficiencies. It took on added dimension and urgency following the publication in November 2010 of classified government documents that had been obtained by WikiLeaks. DeVries says it was a "perfect storm" for re-evaluating IT strategy across DOD's enterprise.

The IT Enterprise Strategy is the work of the DOD CIO's office (project leader DeVries reports to Takai), done in collaboration with the CIOs of the military branches and defense agencies. The Pentagon looked to the private sector in coming up with best practices as well. "We're not doing this in a vacuum," says DeVries.

Where possible, the strategy pulls in recent tech initiatives that align with its objectives, such as the Army's big enterprise email project (more on that later). The initial implementation plan, which will follow release of the IT Enterprise Strategy by a few weeks, identifies eight such projects to be carried out this year and next.

The DOD's data center consolidation initiative is also part of the strategy. At last count, the department planned to close 344 of its 772 data centers, or 45% of those facilities. An update to that plan is due any day. 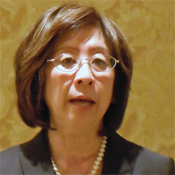 Takai: Aggressive plan, but few quick wins
In our meeting with Takai, held in a small conference room at the Pentagon a few days before her one-year anniversary on the job, she outlines her top four priorities: supporting the front-line war-fighters, managing the IT budget, investing in new technologies, and bolstering cybersecurity.

For example, commercial mobile devices are high on the enterprise IT plan's new tech investment. More than 50 mobile pilot programs are under way at the DOD, ranging from use of smartphones on the battlefield to iPads for military officers. "The need runs in parallel to what the corporate world is looking at--executives who want access to the latest and greatest devices, all the way through being able to use the devices for training and in theater," Takai says.

Security over the military's unclassified NIPRnet and classified SIPRnet networks remains the big mobility hurdle. "We want to make sure we're not giving a soldier a tool that will put them at risk," says Michael McCarthy, operations director of the Army Brigade Modernization Command's Mission Command Complex. "We have to be able to harden the OS and the device itself so that we can operate all the way to classified networks and use the phone to operate mission command systems."

Under a program called Connecting Soldiers to Digital Applications, the Army is evaluating the security of mobile devices and operating systems, as well as authentication techniques such as fingerprint and facial recognition. The program has identified problems unique to the military. For example, it's difficult for soldiers to operate touch screens when wearing gloves, so the Army acquired gloves that make that easier.

Google and George Mason University are co-developing a secure, Android-based software environment for mobile devices, which the National Security Agency (part of the DOD) is working to certify. The Army has also been testing Apple's iOS--Apple is developing security features that the Army has pushed for, McCarthy says.

Army officials talk of one day letting every soldier use his or her smartphone of choice, but they aren't there yet. "I don't want to leave the impression that tomorrow we're going from secure radios to iPhones," Takai says. In fact, the Army just signed a $66 million contract for new "manpack" radios from defense contractor Harris that can be used for voice, data, and video communications, including transmissions to ensure that soldiers are capturing or detaining the right people. The radios, already used in Afghanistan, are smaller and lighter than the models they're replacing.

Just last month, the DOD stopped funding development of a next-generation radio that was part of its Joint Tactical Radio System, citing the rising costs of the device. The military had already spent $2 billion on development of the device, though it was never actually deployed. It's the kind of elephant project the DOD must get away from.

The Department of Defense is staring at a classic enterprise IT challenge with new information technology products and methods arising daily across the globe. The endless learning of new technology limits the ability to save money across its IT operations, and keep ahead of the Jones's. Christopher Pennington, Pennington Electronic Security Products
Reply  |  Post Message  |  Messages List  |  Start a Board

The Department of Defense is staring at a classic enterprise IT challenge with new information technology products and methods arising daily across the globe. The endless learning of new technology limits the ability to save money across its IT operations, and keep ahead of the Jones's.
Reply  |  Post Message  |  Messages List  |  Start a Board
Editors' Choice
Hot Topics