Relationships matter for CIOs who must navigate politics and bureaucracy to assert authority over a centralized, coordinated IT strategy.

Having a "rock star CIO" -- or better yet, being anointed one -- is heady.

Vivek Kundra is one such CIO. After unquestioned success as chief technology officer (CTO) for the District of Columbia, where he implemented cloud computing and crowdsourced applications development, he was tapped to become the first federal CIO. Kundra himself used the term "rock star CIO" in suggesting what federal agencies needed to move the federal government from 1960s era technology to 21st century technology.

However, rock star CIOs who have moved from the private sector to the public sector are often unaccustomed to dealing with a multitude of public sector stakeholders where profit maximization is not the focus. These transplanted CIOs often have a much different attitude towards risk tolerance and preferences. Private sector CIOs are seldom used to dealing with the funding issues associated with continuing to run an aging infrastructure while trying to innovate.

One thing is becoming clear about all public sector CIOs, whether they are rock stars or not: Relationships are far more important than rock star status.

Many state-level CIOs lack a direct reporting relationship with the governor and need to work through traditional bureaucracies to make things happen. Thus, for example, within the State of California, an innovative idea that is sparked or suggested by the state CIO must be embraced and forwarded by the business unit (an agency within the state government), funded by the legislature/governor, blessed by the Department of Finance, and procured by the Department of General Services. 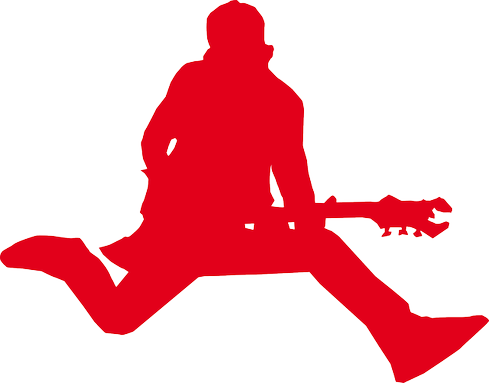 This is why relationships matter. The CIO, far from a solitary figure on stage, needs to have a close relationship with both the governor and the state legislature to truly make things happen.

Consider the case of Michigan, where a strong relationship between Michigan CIO David Behen and Gov. Rick Snyder has led to several innovations within the state. Gov. Snyder, the former chairman of Gateway Inc., appreciates the value of having a robust IT infrastructure. He has collaborated actively with CIO Behen on several flagship technology efforts. For instance, in 2012, Michigan developed a $2.5 million innovation fund that invested in innovative technology collaborations between state and local government, with the intent of bringing forth technology projects that probably wouldn't happen otherwise. In addition, the governor allocated millions of dollars to new IT upgrades designed to innovate in areas of cost control and service delivery to citizens, such as a Medicaid Management Information System and an upgraded cyber command center developed to respond to emergencies.

Florida is the only state government in the US without a CIO. Florida has gone through several IT transitions over the years without CIO leadership, and the state legislature is largely in charge of the state's IT management. The legislature established the Agency for Enterprise Information Technology in 2007 but tried to abolish it in 2012. While the governor saved the agency from elimination, it has no budget or staff. As a result, each department generally fends for itself, and any incoming CIO will need to deal with a legislature that tried to abolish it, a governor that won't fund it, and individual departments with technology fiefdoms; a daunting challenge for any CIO.

Our recent research turned up another interesting finding about the relationship between centralized IT under a strong CIO versus a decentralized approach. Logically, any CIO -- but particularly a rock star CIO -- would favor centralized governance. After all, centralized governance would give the CIO much greater ability to implement IT since it would provide greater control over budgets, personnel, strategy setting, and, ultimately, performance.

In our most recent research, "An Argument for Centralization of IT Governance in the Public Sector," to be presented at the upcoming Hawaii International Conference on Systems Sciences (HICSS), we sought to investigate whether this held true for state-level IT governance. Our research looked at four major governance tasks -- strategy setting, finance, personnel, and coordination/planning -- at each of the states and used data from the Center for Digital Government (CDG) and the National Association of State CIOs (NASCIO) for our analysis.

Using a qualitative comparative analysis (QCA), which is a set-theoretic approach that combines qualitative (case-based) and quantitative (variable-oriented) techniques, we were able to identify the level of centralization of each task for each of the US states. Not surprisingly, we found great variation across the states in terms of their centralization for each task

However, the results were unmistakable: Centralization wins in a rout.

While the level of centralization for finance and coordination were unimportant, centralized strategy setting and centralized personnel actions were firmly linked with better performance. Our results suggest two things. First, it validates the importance of a strong central CIO and suggests that any attempts to weaken the position are misguided. Second, it confirms that the CIO needs to focus on setting the overall strategies, but also needs to be able to pick the people to implement the overall strategy. By leading from the front, a strong, centralized CIO is best positioned to lead the organization's IT function.

Based on all of this, we propose to redefine the notion of a rock star CIO to one that is closely aligned with the governor and the legislature and, likely as a result of this closeness, has centralized key strategy and personnel responsibilities to reflect that alignment. The CIO, and by extension the organization, is only capable of performing well with power to define the IT strategy, the people to enact it, and the relationships to enforce it. Anything short of this simply creates a poor shadow of a rock star.

Gregory S. Dawson is an Assistant Professor in the Information Systems Department at the W.P. Carey School of Business and is also a Research Fellow at the Center for Organization Research and Design, both at Arizona State University. A former Partner with the PricewaterhouseCoopers (PwC) government consulting practice and former Director at Gartner Consulting's state and local government practice, his most recent series of reports examines innovation in the public sector. He can be reached via [email protected]

James S. Denford serves as the Department Head of Management & Economics and is an Assistant Professor at the Royal Military College of Canada. A former senior officer in the Canadian Army, his most recent series of reports examines public sector Information Technology leadership and governance. He can be reached via [email protected].

Dr. Kevin C. Desouza serves as the Associate Dean of Research at the College of Public Programs and is an Associate Professor in the School of Public Affairs at Arizona State University. He is also serving as the Interim Director of ASU's Decision Theater. His most ... View Full Bio
We welcome your comments on this topic on our social media channels, or [contact us directly] with questions about the site.
Comment  |
Email This  |
Print  |
RSS
More Insights
Webcasts
What We Can Learn from Sports Analytics
How Elite Analyst Teams are Transforming Security with Cyber Reconnaissance
More Webcasts
White Papers
A Technical Deep Dive on Software Exploits
What To Consider Before Renewing Your SD-WAN
More White Papers
Reports
2020: Threats in Review
2021 Top Enterprise IT Trends
More Reports

Hi Chris, you're asking a lot of a legislature to make the tough calls and not be driven by partisan myopia. I think the importance of a strong central figure -- governor and/or CIO -- is that they can herd the legislators to get things done. In the very least, legislators will follow their lead knowing that if something goes south, they can always blame that leader.
Reply  |  Post Message  |  Messages List  |  Start a Board

We were notified by Doug Robinson, Executive Director at NASCIO, of some news from Florida that we were unaware of. In late June, Governor Rick Scott signed HB 7073 that (1) created the Agency for State Technology (AST) and (2) created the position of CIO. AST was appropriated $4.8m as a part of the bill. Jason Allison was appointed to fill the CIO role on an interim basis.

We completely agree! In our research (and this article), we are trying to push back against the idea that a single individual (CIO or otherwise) can create innovation. It takes collaboration and, to your point, a team to make it work. Thanks for pointing that out! And, we are delighted that you find David to be such a great role model!
Reply  |  Post Message  |  Messages List  |  Start a Board

There's so much potential in government for infrastructure consolidation, be it a private cloud that many agencies share, or public cloud. That's not going to happen without strong central IT leadership, and a legislature willing to back the tough calls (lost government jobs, agency turf battles) that come with that.
Reply  |  Post Message  |  Messages List  |  Start a Board

Rock star or wannabe, at least the other 49 states have a CIO but Florida alone languishes. How on earth can a state hope to compete when it doesn't have a high-level professional at the helm of its IT inititiatives, someone steering its overall technology vision, and pulling together the various stakeholders (or at least organizing a conversation)? How can Sunshine State residents lobby to change this pitiful status?
Reply  |  Post Message  |  Messages List  |  Start a Board

In the age of the HIE, govt CIO rock stars may become even more valuable. Interesting you mention Michigan CIO David Behen, I had the pleasure of interviewing him as part of an IT leadership panel discussion and one thing that struck me is he tried to model work/life balance for his team. Rock stars need loyal teams.
Reply  |  Post Message  |  Messages List  |  Start a Board
Editors' Choice
Hot Topics